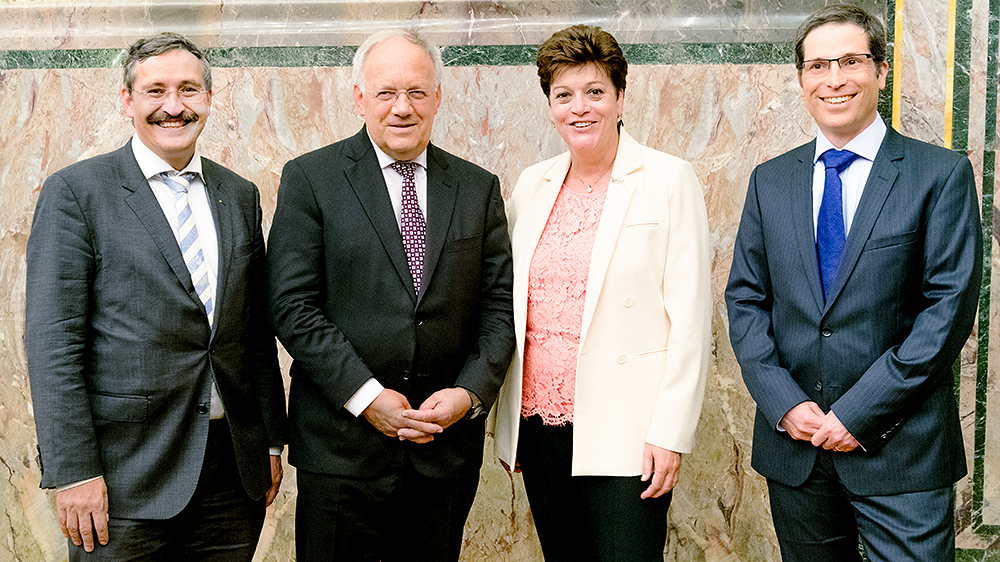 The importance of the UZH Digital Society Initiative (DSI) for the University of Zurich was abundantly clear at the official launch at the main lecture hall on Wednesday evening, with Swiss Federal President Johann Schneider-Ammann and Zurich Director of Education Silvia Steiner both lauding the research initiative. Speaking on behalf of the University, President Michael Hengartner and DSI initiator Abraham Bernstein, who directs the Department of Informatics, explained the venture. There were also words of approval from IT entrepreneur Ralph Mogicato and Caroline Hirt, co-director of the Museum of Digital Art in Zurich.

In a comprehensive address, Swiss Federal President Schneider-Ammann highlighted pioneering developments in digitization, and praised UZH for launching the Digital Society Initiative. “All seven faculties of the University are involved in the project.” This, he said, was “exactly the right approach,” as theologists and sociologists were just as important as computer scientists and mathematicions in terms of technological innovation and social reflection. 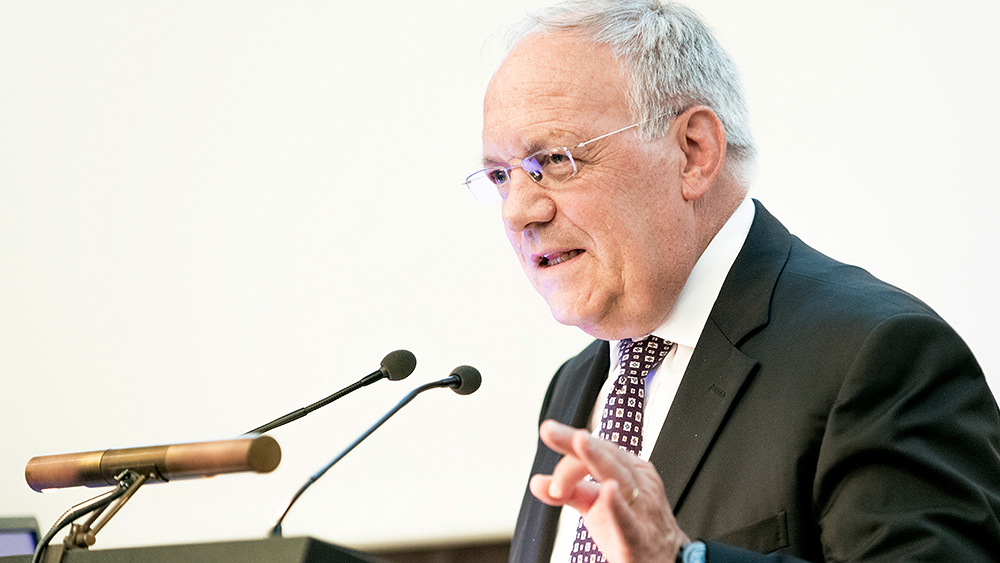 Schneider-Ammann received plenty of applause, not least because he peppered his speech with whimsical comments and obviously very much relished the topic and the venue, which he’ll be visiting again next Monday as part of the Churchill celebrations. Canton Zurich Director of Education Silvia Steiner had also insisted on attending the launch event even though it took her away from a government council retreat. She said she was proud that the Digital Society Initiative had been born in Zurich, a university town of global importance. “The initiative is a great opportunity for the University.” 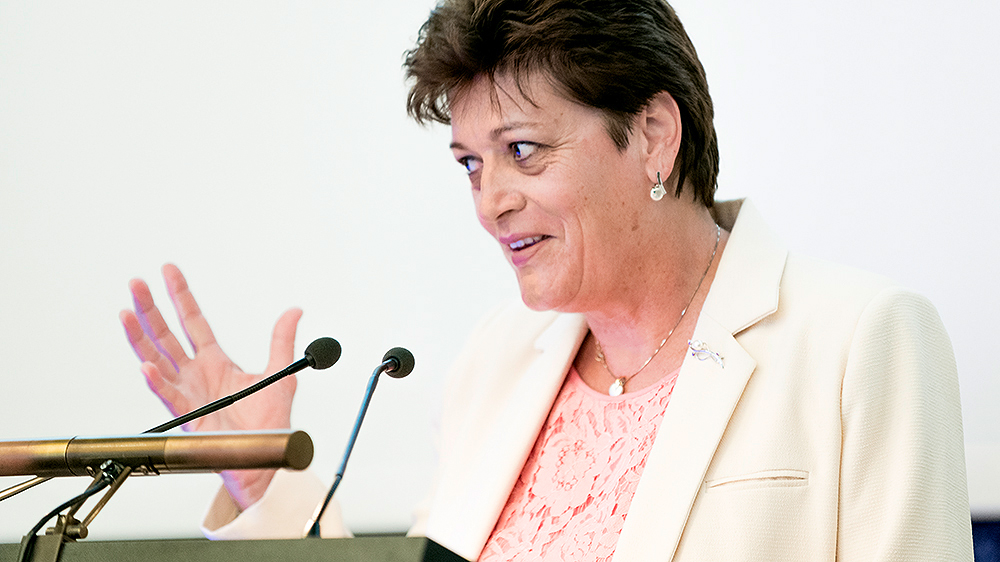 In his address, University president Michael Hengartner discussed the question of why UZH had picked this time to launch the initiative, talking about the way digital transformation was increasingly permeating society and science and raising urgent questions concerning matters such as the future of democracy and new avenues in science and the world of work. As a broadly diversified university, he said, UZH was predestined to research and reflect on questions around the digitization of society. He highlighted UZH’s pioneering role in this field and stressed that the research initiative would be expanded on an ongoing basis. The promoters were then backed up by Zurich IT entrepreneur and UZH alumnus Ralph Mogicato, who explained that there was no way around digital transformation. There were also words of congratulation from Caroline Hirt, who has set up the unique Museum of Digital Arts (MuDA) in Zurich and works with digitization at the interface of art and science. 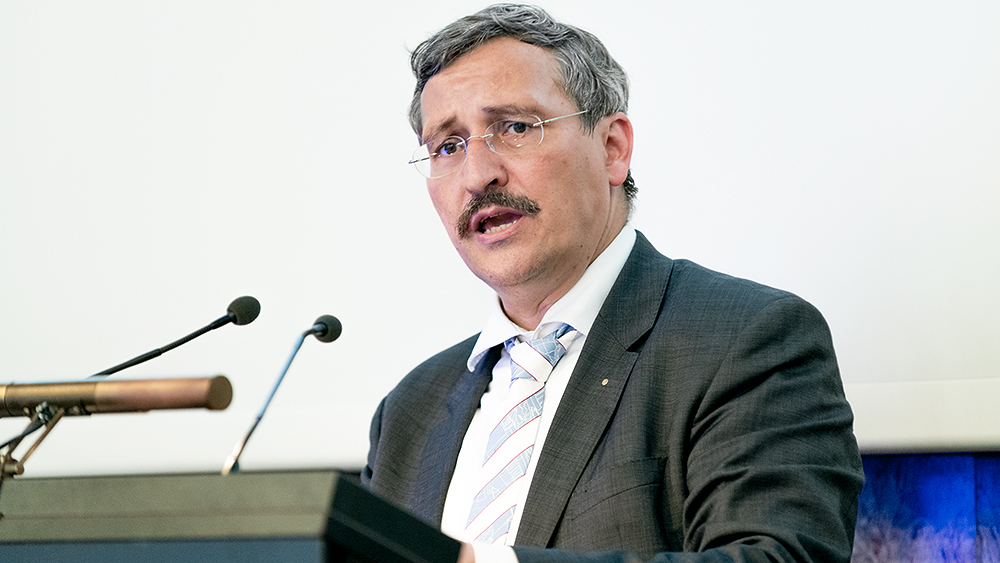 The launch marks the beginning of the start-up phase of the UZH Digital Society Initiative. The promoters have given themselves four years to drive the first projects forward (see box) and launch new ones. The idea is also to embed the initiative in a more extensive network and raise additional funding, with new projects financed from both university and outside sources. The plan in the medium term is to appoint new professors to match the initiative’s DNA.

The DSI Board of Directors, led by Abraham Bernstein and managing director Markus Christen, also have plenty to keep them busy. There was a heady atmosphere of optimism in the lecture hall and at the subsequent drinks. Education director Silvia Steiner summed up the prevailing mood, prophesying that the child that’s just been born is going to make us proud.

The four areas covered by the UZH Digital Society Initiative

On Wednesday the main initiators also presented the UZH Digital Society Initiative at a media event. DSI director Abraham Bernstein described the four planned areas of focus in the first phase of the initiative: digital transformation and health, democracy and participation, the future of the digital society, and sustainable production. More than a dozen research projects are already under way and will be driven by various groups from different UZH faculties under the aegis of the DSI.

These include EMOtive, a project concerned with digital maps on smartphones, run by DSI board member Sara Irina Fabrikant, professor at the UZH Department of Geography. She and her team are looking at how we find our way around with these digital assistants and how we use navigation aids in stress situations. One of the aims of the project, at the interface of geography, IT and psychology, is to improve future navigation systems. Another aim is to investigate people’s innate sense of orientation.

Another research project, run by DSI director and professor of gerontopsychology Mike Martin, is looking at data on the activity and health of elderly people. These days mobile sensors can record uninterrupted data on activity. By comparing individual data with data from entire populations (Big Data), it’s possible to draw qualitatively new conclusions about a person’s state of health. The Health Activity Analytics projects aims to sound out this potential. This, however, is an area where there are still legal obstacles that also have to be clarified.

The two projects are good examples of the goals of the research initiative and the cross-disciplinary projects looking at pioneering digital technologies that it consists of. The projects can also – and this is an explicit goal of the initiative – potentially serve as platforms for reflection with society, for example in special forums outside UZH