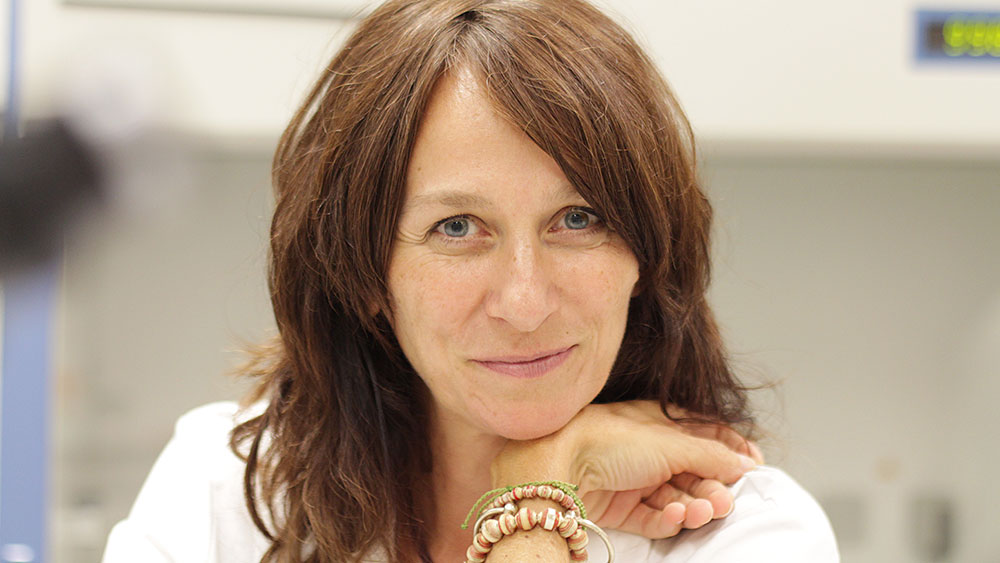 Eva Veronesi
“The number of malaria-related illnesses and deaths is decreasing, while those caused by arboviral diseases is on the rise” – Eva Veronesi of the Institute of Parasitology. (Image: Adrian Ritter)

Eva Veronesi is an entomologist – a specialist for insects. Her research requires her to travel a lot, and always for the same reason: vector-borne diseases. In other words, diseases that are transmitted for example by mosquitoes and biting midges – which as transmitters of a disease are also referred to as vectors. For over 20 years, Eva Veronesi has been investigating vector species that transfer so-called arboviruses (see box). In tropical regions in particular, these viruses are responsible for diseases such as dengue fever, West Nile fever, yellow fever or Zika. Especially mosquitoes have increasingly been spreading into other regions of the world, bringing the viruses with them. Eva Veronesi researches the interaction between vectors and viruses and the likelihood that Swiss vector species could transmit these viruses, too.

Her research is supported by the Federal Food Safety and Veterinary Office, among others. Eva Veronesi is also Networking Coordinator for Infravec2, a Research Infrastructure Program within Horizon 2020. The program provides researchers all over the world with resources on vector-based diseases free of charge.

In July, Eva Veronesi organized the first African regional meeting on vector-borne diseases  for Infravec2, together with the Pan-African Mosquitoes Control Association. The event took place in Kenya, with the aim of exchanging information and developing strategies on how to fight arboviral diseases in Africa.

Eva Veronesi, what’s your conclusion from the meeting in Nairobi?

Eva Veronesi: It was the first time we managed to bring together researchers from 12 African countries to discuss arboviral diseases in the continent. Everyone agreed that there is a lack of information about the spread of mosquitoes and viruses in Africa, and about which mosquitoes can transmit which viruses. There’s also a lack of programs that monitor arboviral diseases – all we have are estimates. A Study  suggests that 63 percent of people in Africa are potentially at risk of being infected with the dengue virus, while 23 percent live in regions where they can contract the chikungunya virus, which also causes fever and joint pain.

Is there no obligation to report cases of arboviral disease?

Some diseases are notifiable, some aren’t. But even so, not every patient goes to a hospital. And sometimes the symptoms of arboviral diseases – especially fever and joint pain – are mistaken for those of malaria. There’s also a lack of knowledge. Often people think that a control measure against malaria will also be effective for arboviruses. But this isn’t the case. For instance, while bed nets are very good to control the spread of malaria, they are ineffective when it comes to dengue, as this virus is transmitted by diurnal mosquitoes.

In some African countries, there is poor coordination of efforts, a lack of entomologists, and there are few or no government resources for the surveillance of vectors and diseases. These countries are then completely unprepared if a disease breaks out. Even if we don’t have the numbers when it comes to cases of arboviral diseases, one thing is clear: They’re spreading.

Because mosquitoes and humans are living closer and closer to each other. In the past the virus was more likely to be found in wild animals. But the more sprawling African settlements become and the more the natural environment of mosquitoes is destroyed, the more the mosquitoes get closer to the habitat of humans. In addition, mobility has increased – and this goes for viruses, mosquitoes and people alike. This facilitates the spread of these diseases. Also, both the mosquitoes and viruses are adapting their behavior in order to spread more efficiently.

For instance, some nocturnal species of mosquitoes have suddenly started to bite during earlier hours and preferring to feed outdoor rather than indoor, rendering the use of bed nets ineffective. What’s particularly alarming is that mosquitoes are increasingly becoming resistant to the insecticides that are being used to fight them. There’s a lot that needs to be done, both in terms of research as well as political strategies. And yet arboviral diseases continue to fly under the radar, especially when compared to malaria.

How do you explain this?

Malaria has been around for decades. It’s often fatal and affects many people. That’s why there are so many programs focused on researching, preventing and treating malaria. In contrast, arboviruses are mostly a relatively recent phenomenon. They’ve only been a problem for humans since around the 1960s, while the Zika virus emerged even more recently, in the past few years. It’s a fact, however, that the number of malaria-related illnesses and deaths is decreasing, while that caused by arboviral diseases is on the rise.

Are the knowledge gaps particular to Africa, or is it the same on other continents as well?

Arboviral diseases are also an issue in Asia and Latin America, but it seems that more research is being performed there. In this respect Africa has some catching up to do, and there’s a considerable lack of resources available for researching and monitoring arboviruses. But Europe cannot sit idly by, since the mosquitoes and viruses are also spreading to Europe, not least as a result of climate change. There has been a considerable increase in human cases of West Nile fever in Italy and other southern and eastern European countries since the beginning of 2018. Migratory birds in particular were responsible for bringing the West Nile virus to Europe. Mosquitoes that can transmit the West Nile and Zika viruses have also been found in Switzerland for a few years now. And there’s another aspect: It’s not only about the health of humans, but of animals too. 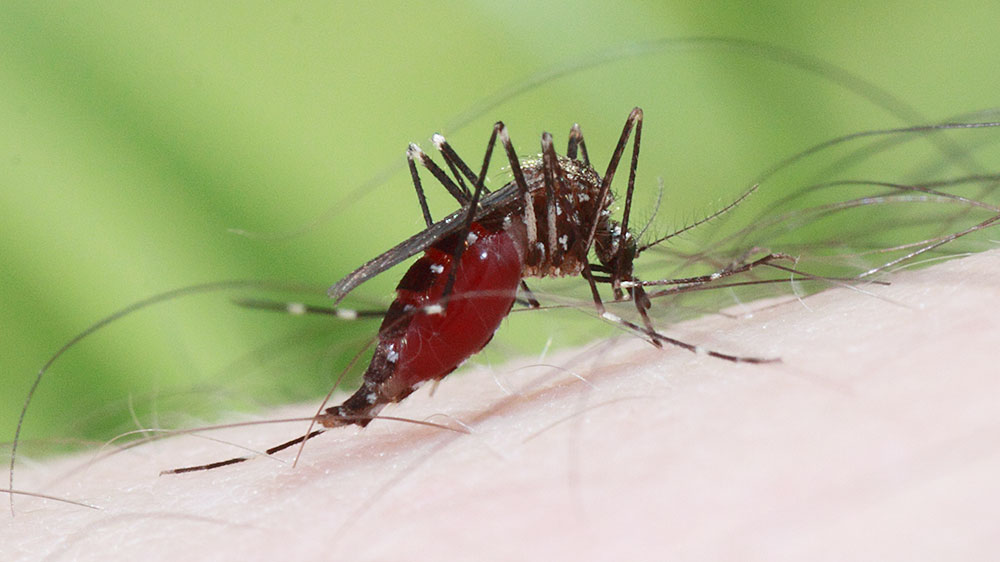 Which animals are affected?

Several arboviruses are severely affecting the farm industry. The bluetongue virus for example affects cattle and sheep. Since the large European outbreaks in 2006, new incursions of this virus are constantly emerging, getting more and more widespread in central and eastern Europe, where in many countries there’s still a lack of research and monitoring programs. Another example is lumpy skin disease, which mainly occurs in Africa, but since 2016 has also appeared in southeastern Europe, and primarily affects cattle. If animals succumb to these diseases, it quickly also becomes a problem when it comes to feeding people, especially in Africa. That’s why it’s important that human and veterinary medicine work hand in hand, in accordance with the “One Health” approach.

In what ways has the meeting in Kenya yielded concrete results?

On the one hand it was important to take stock of the situation, set recommendations and strengthen cooperation. On the other, it has already given rise to a few initiatives, for example ones aimed at increasing our knowledge about the spread of mosquitoes. Somebody put forward the idea of putting up at least one mosquito trap in the largest airport of each African country as quickly as possible. When we tweeted about this, four businesses quickly responded offering their support.

What else is needed to contain arboviral diseases?

Since the resources for researching and controlling the diseases are very limited, coordination is all the more important. For instance, Infravec2 is putting together an overview of all researchers in Europe and their projects on arboviral diseases. Others will do the same for Africa. The Infravec2 program provides scientists all over the world with resources for free. And we’ll also start organizing training courses on vector ecology and control. More research is required to address the open questions, but we also need new ideas on how to overcome insecticide resistance, for example.

Moreover, diagnostic tools are very important. We need simpler field tests to detect pathogens and identify vector species. Last but not least, more integration across disciplines such as anthropology, epidemiology, medicine and economics is crucial – as is a closer collaboration between specialists for human and animal health.

Dr. Eva Veronesi is a postdoctoral researcher at the Institute of Parasitology of UZH. The institute also runs the National Center for Vector Entomology on behalf of the Federal Food Safety and Veterinary Office (FSVO). The office also largely funded the first African Regional meeting on vector-borne diseases in Nairobi.

Arthropod-borne viruses, or arboviruses, are transmitted by a group of insects known as arthropods. So far over 350 species of arboviruses are known, 95 percent of which can cause diseases in humans.

Unlike malaria, which is also transmitted by mosquitoes but caused by a unicellular parasite called Plasmodium, these are viral infections.