The Zurich delegation arrives at its hotel by Russell Square. It includes Mayor Corine Mauch, Government Counselor Carmen Walker Späh, UZH President Michael Hengartner, and representatives of Zurich Tourism and the Zurich area business development authorities. All of them have a busy program ahead of them, with contacts to make, new things to discover, and potential opportunities for cooperation between Zurich and London to sound out. Zürich meets London aims to celebrate the best of both cities.

The delegation from the City, Canton, and University of Zurich arrives at its hotel near Russell Square. It includes Government Councilor Carmen Walker Späh and UZH President Michael Hengartner. (Image: Adrian Ritter)

Things are looking good. The Zurich delegation’s hotel is only a stone’s throw from the many departments and buildings that make up University College London (UCL), one of the most famous universities in the world. Placed 7th in the QS World University Rankings, 14th in the THE rankings, and 18th in the Shanghai ranking, UCL would seem to be a great cooperation partner for UZH! Let’s take a closer look.

Things are fairly quiet on the UCL campus. The weather’s fine, and the steps and benches are full of students sitting, reading, listening to music, and eating their lunch. One group, consisting mainly of Asian students, has made itself comfortable on the lawn in front of the main university building. 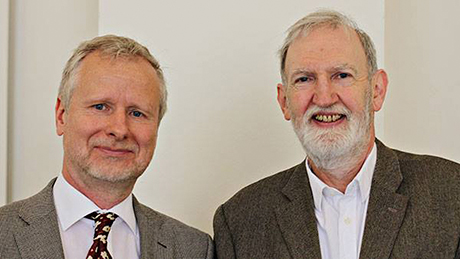 I accompany Andreas Maercker to his public lecture, part of the Zürich meets London program. His theme is a touching one: Indentured child laborers (Verdingkinder). As part of the Dynamics of Healthy Aging University Research Priority Program, Maercker is investigating the extent to which former indentured child laborers continue to suffer the effects of what were often traumatic experiences into their old age.

Maercker’s talk seems to be attracting psychology and healthcare professionals in particular. One of the people in the audience is psychological counselor Anna, who explains to me that she works with young victims of violence. She found out about the lecture on Facebook.

Then it’s time to move on from UCL, taking the tube to Oxford Circus and the headquarters of the Royal Society of Medicine, where the next event with representatives of UZH is taking place. Simon Hoerstrup and Michael Stucky from Wyss Translational Center Zurich have made the trip from Switzerland. As Chief Operating Officer Michael Stucky explains, the joint UZH and ETH Zurich establishment is designed to help bridge the gap between science on the one hand and clinical practice and industry on the other. 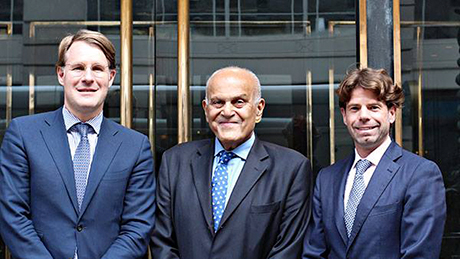 UZH professor of medicine Simon Hoerstrup presents the LifeMatrix project. He and his research group want to use tissue engineering to develop artificial tissues such as blood vessels and heart valves that grow with the recipient’s body. This, for example, would help children with congenital heart defects. In his research Simon Hoerstrup has for a long time been working with world-renowned Egyptian-British heart surgeon Sir Magdi Yacoub, also present at the event. Sir Yacoub, a professor at Imperial College London, works at Harefield Heart Science Centre (Magdi Yacoub Institute), just outside London, pursuing the same goal as Simon Hoerstrup’s researchers.

“Collaboration with these excellent researchers in Zurich is very important for me. We complement each other very well in terms of our research approaches,” explains heart surgeon and head of the institute Sir Magdi Yacoub over drinks after the event. Then the invited guests from Zurich are off again for the Opening Dada Gala Dinner.