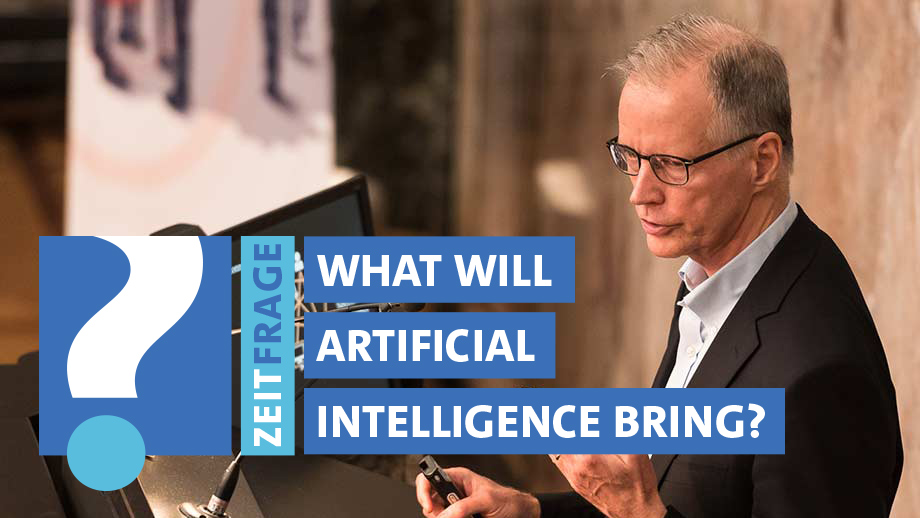 Artificial intelligence is all around us. It has infiltrated our daily lives, with our smartphone apps acting as guides, advisors, helpers, even friends. Artificial intelligence reflects human abilities, which makes it fascinating but also frightening. Are humans, by continuing to make technological advances, making themselves superfluous? Will the robots soon take over?

Thomas Malone is an organizational theorist at MIT in Boston. In a packed-out lecture at UZH, he presented his theory that digitalization would change the world of work, but not in the way we imagine. Progress in robotics was certainly impressive, he said, but their economic significance had been overestimated. Artificial intelligence had strengths in specific, narrowly defined areas, but humans would remain the better generalists for the foreseeable future.

Rather than artificial intelligence, the strengthening of communication networks was the critical factor driving the transformation of how we work. “The technologically relatively simple possibility of sending an e-mail has changed life more drastically than the development of more complex humanoid robots,” said Malone. The internet, by connecting groups of computers and groups of humans (i.e. hyperconnectivity), had created an incomparably powerful form of collective intelligence based on both human cognition and digital infrastructure.

Social networks with the capacity to learn – Malone calls them “superminds” – are not an invention of the computer age: They already existed much earlier. Stock markets, scientific communities and local neighborhood collectives are all examples of such collective superminds, the potential of which has hugely increased thanks to the internet. Thomas Malone said he believed therefore that not robots, but “human-computer-superminds” would dominate the world of work in the future. Rather than the future economy being a competition of machine versus human, it would be shaped by communication networks that combine human and machine capabilities. Humans would therefore certainly not be superfluous in the economy of the future, and Malone said he thought mass unemployment as a result of digitalization was unlikely: History had shown that waves of automation always led to the creation of new sectors and new kinds of jobs.

Digitalization didn’t automatically make the collective supermind cleverer, however – in fact it sometimes actually made it dumber, said Malone, referring for example to the fake news spread on social media. The Bostonian organizational theorist believed progress would depend on how well the combination of human and computer networks was managed. In his lecture he cited a raft of examples demonstrating the potential of cleverly organized collective superminds, for instance network-based prediction markets and theHuman Diagnosis Projectwhich uses machine learning to help doctors select the most suitable medical treatment for their patients.

Human-computer-superminds could, in Malone’s view, be used in many different areas – from strategic development planning for managers to fighting terrorism and searching for creative solutions to combat climate change. 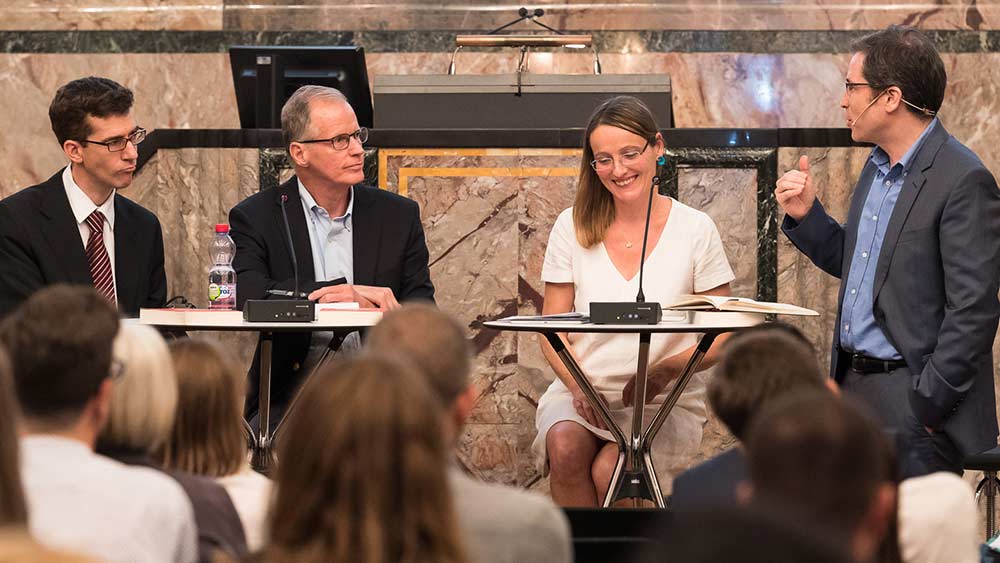 Digitalization that benefits everyone

The subsequent panel discussion moved away from Thomas Malone’s theory of the collective supermind with participants instead finding themselves debating the risks that digitalization poses to society. Corinne Schärer of the Unia trade union posited that the productivity gains achieved through automation and digitalization should be fairly distributed, and in addition that it must be ensured that the laws protecting employees were also effective in a digitalized world. “We need a social digitalization that benefits everyone,” she said.

David Dorn, professor of economics at UZH, also mentioned the necessity of balancing out the societal inequalities that could arise as a result of digitalization. He said that training and upskilling would be important. For the economy to grow and the standard of living to be maintained, flexibility and openness to new technologies would be essential. Thomas Malone welcomed David Dorn’s position, and pleaded for people to be as open as possible regarding the changed requirements of the digitalized workplace. “Switzerland could be an international forerunner in the establishment of innovative forms of work,” concluded the professor from Boston.