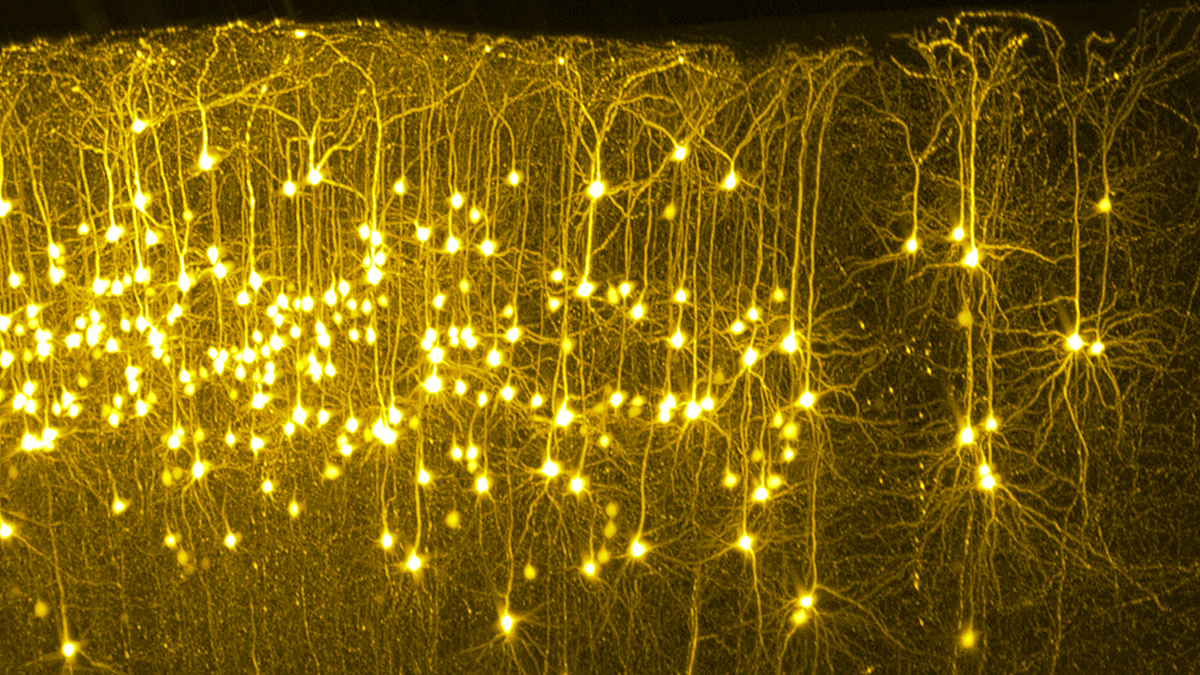 View of a complex and dynamic network of neurons with their branched projections from the cerebral cortex of a mouse. The colored neurons were imaged with a modern light sheet microscope (mesospim.org). (Image: F. Voigt, W. Luo, C. Földy, F. Helmchen)

In the Harry Potter books, a person’s memory can be extracted from their brain with a sieve and examined and manipulated from the outside. Memories appear as silver wisps and can be stored in bottles. Two thousand years earlier, Plato likened memory to a wax tablet in which our memories are stamped. But what do brain researchers think nowadays? How does the brain learn, and how does it absorb information from the environment and reactivate those experiences sometimes days or decades later? Staying with the Harry Potter metaphor: where in the brain are those silver wisps?

Finding answers to these questions is incredibly difficult. Scientists have learned countless details about neurons and synapses in recent years thanks to large-scale research programs: for example, they have decrypted the biochemical processes involved in stimulation and saltatory conduction, and understand the activity patterns triggered in various parts of the brain by external stimuli. But they are still lacking an in-depth understanding of the neural networks and a comprehensive theory on the processes in the over 100 billion neurons in our brains that can explain memory and memory processes. “Unfortunately, we still know very little,” says neuroscientist and head of the Neuroscience Center Zurich, Fritjof Helmchen.

Helmchen studied physics and medicine and has been working on the brain for over a quarter of a century. Together with professor of developmental neurobiology Esther Stöckli, he has led the URPP Adaptive Brain Circuits in Development and Learning at UZH since 2020. There is probably no one better qualified to shed light on this complex issue.

Sea slugs that can learn

The journey of discovery starts in neurons and their synapses – the junctions where two cells meet and are only separated by a tiny gap. When a neuron produces or fires an electric signal, it transmits this via chemical messengers – called neurotransmitters – that it releases into this gap. This signal is then processed in the adjacent neurons. As US neuroscientist Eric Kandel showed in a groundbreaking experiment involving sea slugs, an amplification or weakening of the synaptic signal is central to learning.

In Kandel’s experiment – for which he won the Nobel Prize in 2000 – the sea slugs learned to respond to an external pressure stimulus by adapting the strength of synaptic connections. “This principle still holds true, although the synaptic activity is not only influenced by the neurons involved, but also by other factors, such as the surrounding cells and neuromodulators,” says Helmchen.

The basic principle is plausible but doesn’t help us much. The human brain comprises some 100 billion neurons, each of which can have several thousand synaptic connections to other neurons.  That results in a vast number of signaling pathways that can be amplified or weakened. Where in this network are memories formed? A look at the hippocampus – a region embedded deep in each side of the brain – brings some insight. Since the momentous operation on patient Henry Molaison, we have known that the hippocampus is important to the formation of declarative (or explicit) memories.

Molaison underwent surgery in 1951 to treat epileptic seizures in which doctors removed parts of his temporal lobes and both hippocampi. Molaison paid a high price: while his epileptic seizures decreased, he was unable to store new experiences. He would very quickly forget what he had just been told or what he had just done. Only his short-term memory still worked – and his memories from the period before the operation.

Navigating the world around us

The hippocampus is essential to memory. “We think that when we learn, activity patterns in the neural networks are consolidated in the hippocampus and then moved to other parts of the brain,” says Fritjof Helmchen. Nobel Prize-winning experiments on the brain’s positioning system can help us understand what these neural maps could look like.

Three neuroscientists won the prestigious prize in 2014 for their discovery of “place cells” and “grid cells” in the hippocampus. They proved that these specialized nerve cells build a navigational map of the world around us. If we return to a place, the same cells are activated and help us navigate them. Like a GPS, these specialized cells register where we are.

“These activity patterns that position us in space and time are a model of how memories could be stored,” says Helmchen. Like with navigation and positioning, our daily experiences or the learning of new facts would be encrypted in characteristic activity patterns of special groups of nerve cells. The hippocampus is in turn involved as an interim storage facility where activity patterns are stored temporarily and repeated before they are filed away for the longer term in various areas of the cerebral cortex.

When we recall an event, say a concert, the associated, stored neural patterns in the cerebral cortex are activated. This could explain why we don’t just remember the concert itself, but also the associated emotions, people or conversations. Like a giant spider web, a whole set of different regions of the brain are activated, particularly those that are associated with most emotions. Neurotransmitters such as dopamine or noradrenaline, which trigger happy feelings or alert our attention, strengthen the synaptic changes and thus memory formation. But memory is also improved through the act of remembering,  and when we sleep as the brain solidifies and consolidates what we have experienced during the day. 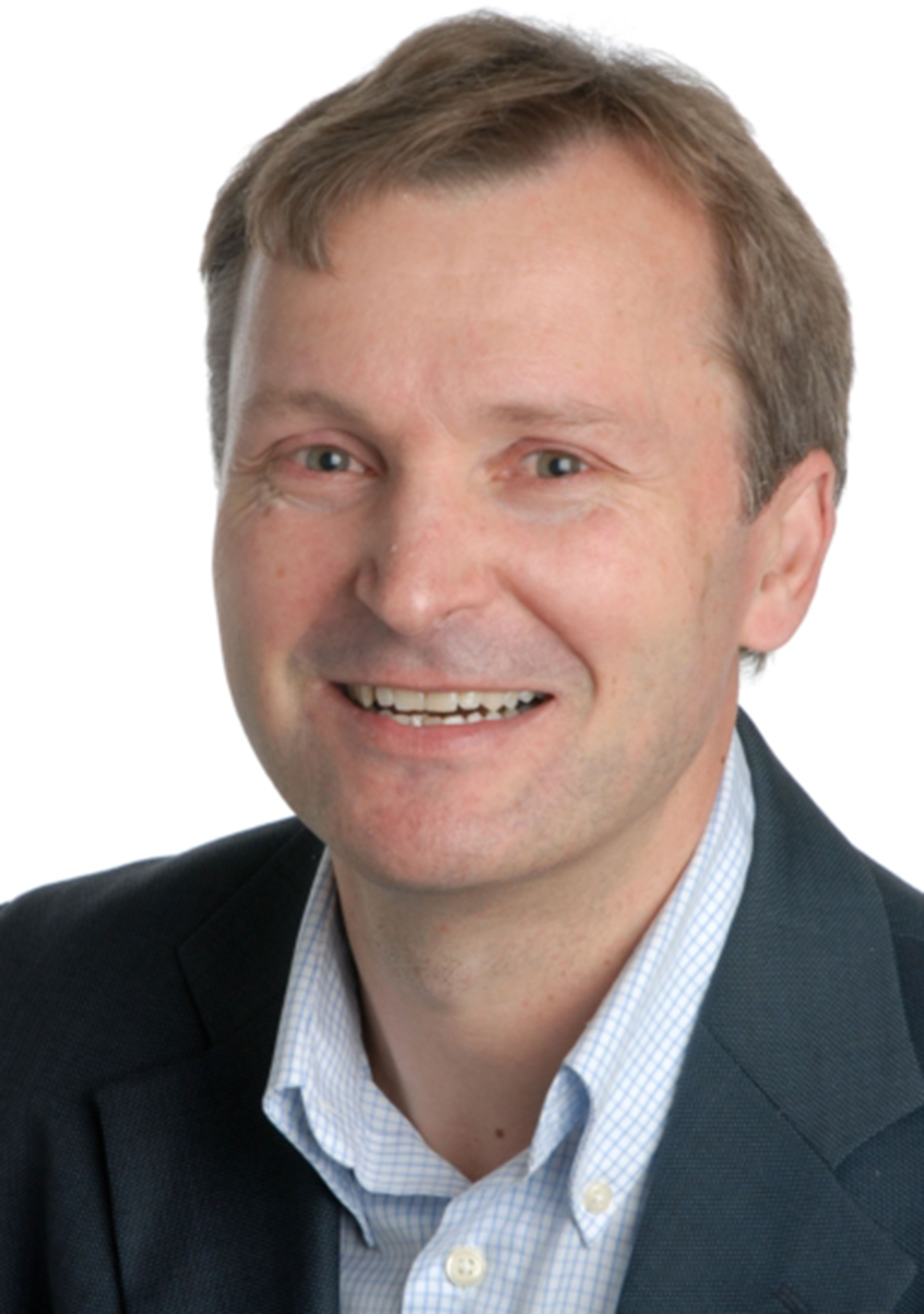 Memories are not only based on experiences, but also on abstract concepts and models of the world built by our brains. Neuroscientist Rodrigo Quian Quiroga conducted an experiment that showed that test subjects had neurons in the medial temporal lobe that responded to images of certain objects or people.  These are specialized cells that are involved in the representation of a single object, regardless of the perspective. They are only activated if the person is shown a picture of the object or person in question, such as the Eiffel Tower, a briefcase or Jennifer Aniston. Because these “concept cells” were discovered using a picture of the American actress, they are known as Jennifer Aniston cells. The object in question can then appear in any context. “Objects and people are extracted and represented in certain neural groups,” says Fritjof Helmchen.

The role of errors

The neuroscientist mentions the term error minimization, which is also a fundamental concept in learning. The brain builds models of the world and then checks to see whether they correspond with real experiences. If the model is false, it is revised. Helmchen and his team have recently conducted experiments that convincingly corroborate this principle.

In their experiments, researchers trained mice to adapt their behavior by rewarding them for a specific action, and then switching the behavior that would be rewarded. This revealed that the “old” rule, which no longer led to a reward, e.g. water, was initially stored in the activity patterns in the neurons of the cerebral cortex. Researchers were able to prove that the new rule was learned by the activity patterns being adapted on the basis of a strong error signal on the frontal lobe. According to Helmchen, error minimization is a general principle that the brain uses to interact with the environment.

Our understanding of the remarkable processes in the brain becomes much less clear when glial cells, or glia, come into play. Previously, it was all about neurons and neural networks, which dominated brain research for decades.  Until a few years ago, glia or supporting cells – of which there are about the same number in the brain as there are neurons – were overlooked, and over a century ago were thought to be merely passive and non-functional glue for neurons.  For a long time, they were the wallflowers – until researchers discovered that glial cells play an active part in the nervous system. Eighty percent of glia consist of astrocytes, which are star-shaped cells with long projections, which surround and connect with neurons. They modulate the signals received from neurons by releasing neurotransmitters and diffuse them to their own and ramified networks of astrocytes. There is increasing empirical evidence that glial cells play a key role in memory processes, even if that role is still poorly understood. They are also being closely studied as part of the URPP at UZH.

“We know a great deal about the brain and at the same time are largely clueless,” says Fritjof Helmchen.  Amazingly, despite detailed knowledge of some processes, some basic understanding is lacking. For example, there are still many types of neuron that are unknown – Helmchen estimates the number to be over a hundred. As the researcher explains, it is inherently difficult to decipher the interrelationships of activity patterns spread over the entire cerebral cortex, but he believes that this is precisely where the key to understanding memory lies.

At the same time, the neuroscientist is confident because a revolution is currently taking place in imaging techniques and other methods, which will allow neural activities across different areas of the brain to be observed in experiments over longer periods. And this also applies to learning processes. Thanks to these new possibilities, Helmchen expects “major progress” in the next one to two decades. It is quite possible that this research could reveal a previously unknown substrate for memories. What is less likely is that it will look anything like the memory wisps from Harry Potter.

This article is from the UZH Magazin 3/2022 Magazin

The biology of learning

To gain a better understanding of the biological mechanisms that underpin our ability to learn, UZH launched the University Research Priority Program (URPP) Adaptive Brain Circuits in Development and Learning (AdaBD) in 2021.Nineteen research groups from neurobiology, genetics, psychology, developmental pediatrics, psychiatry and behavioral economics are working on this priority program, which looks at both the biological aspects of learning and the causes of learning disorders.

The work aims to improve understanding of the cellular processes in the neural networks in our brains on the one hand, and to improve the diagnosis and treatment of developmental and learning disorders on the other. The developmental neurobiologist Esther Stoeckli is co-director of the URPP with neuroscientist Fritjof Helmchen.