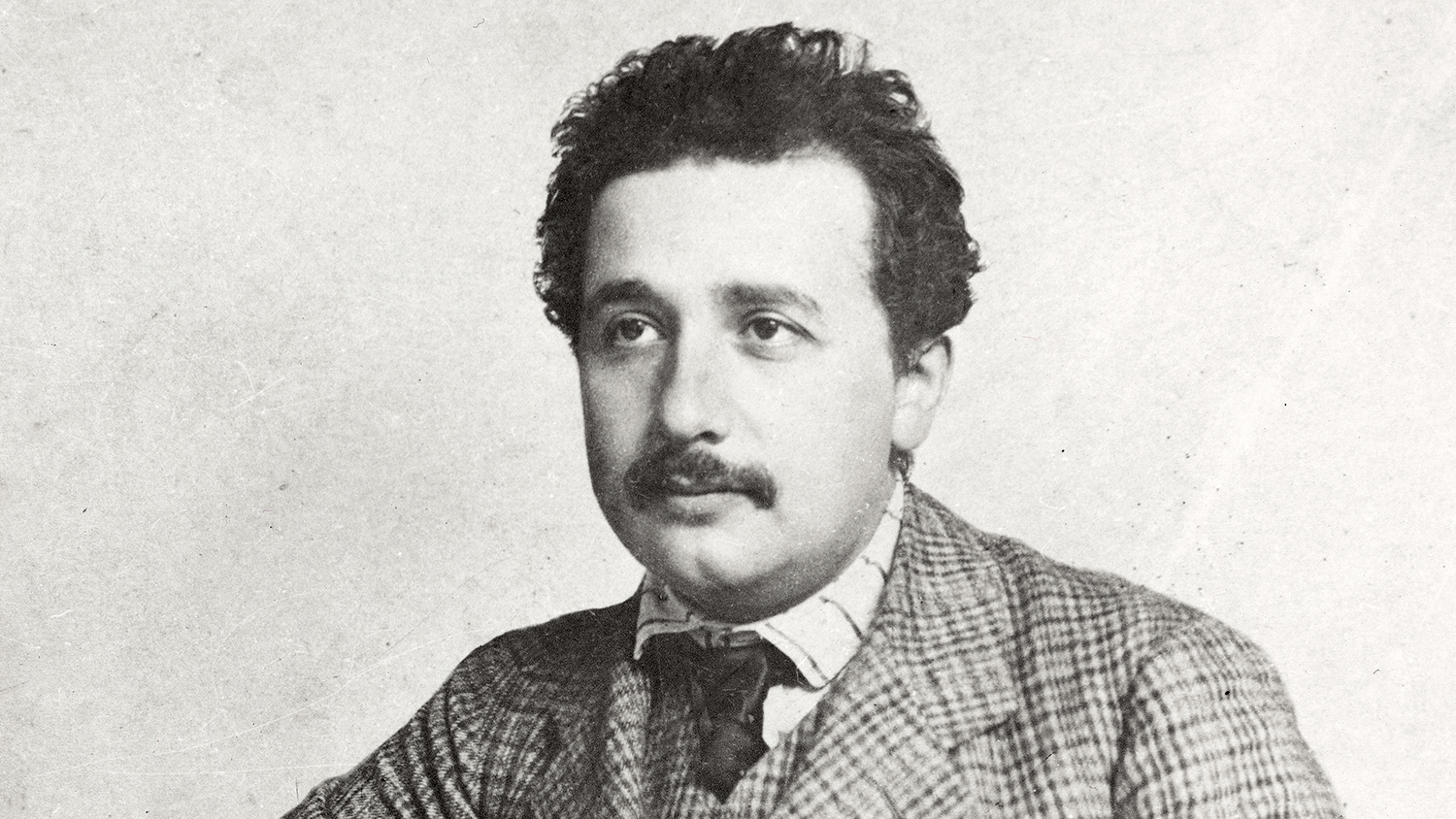 Albert Einstein in the Bern Patent Office: the famous physicist was working here when he submitted his dissertation to UZH in 1905. (Picture: ETH Library)

The document handed over to Albert Einstein at his PhD conferral 116 years ago, long neglected in an attic before embarking on an adventurous journey through several countries, has now returned to its place of creation. Thanks to a donation to the UZH Foundation enabling UZH to purchase the diploma, it is now on display in the entrance hall of the main building.

The display was officially unveiled yesterday by UZH President Michael Schaepman and the executive director of the Nobel Foundation Vidar Helgesen, as part of an event at UZH celebrating 100 years since Einstein was awarded the Nobel Prize. The anniversary event, organized by the Swedish Embassy and the Swiss and Swedish innovation councils Innosuisse and Vinnova, provided an opportunity for Swedish and Swiss delegates from academia, industry and politics to get together at UZH to discuss innovation and cooperation between the two countries. 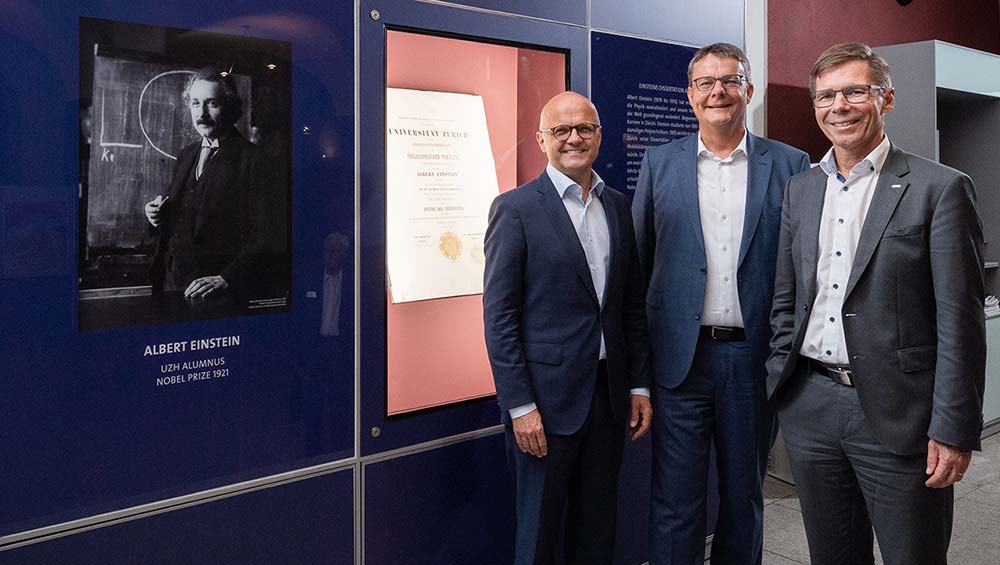 Albert Einstein’s career is closely linked with the city of Zurich: from 1896 to 1900 he studied physics at the Eidgenössische Polytechnikum (ETH), and in 1905 submitted his doctoral thesis to the University of Zurich. His doctorate and corresponding certificate were conferred in January 1906.  He went on to work as a professor of theoretical physics, first at the University of Zurich (1909 to 1911), then at ETH Zurich (1912 to 1914).

The year of his doctoral thesis, 1905, was an incredibly productive one for Einstein. It has gone down in the history of physics as an annus mirabilis, a miracle year. Within the space of just a few months, in addition to his dissertation, Einstein published four more groundbreaking papers, all of which would be worthy of a Nobel Prize from today’s perspective. The 26-year-old Einstein completed his 17-page dissertation, entitled "A New Determination of Molecular Dimensions", on 30 April 1905 and submitted it to the University of Zurich almost two months later.

The Zurich dissertation has been frequently cited ever since. Using data on sugar solutions with a known concentration together with a new formula for diffusion, he showed how the molecular size and number of molecules in a mole (Avogadro number) could be calculated from a solution’s viscosity. His paper also lent weight to the hypothesis – a source of controversy at the time – on the existence of atoms. The findings from Einstein’s study have led to all kinds of practical applications, including in the construction and petrochemical industries. The paper has also been cited in ecological studies on the dispersion of tiny liquid droplets (aerosols) in the atmosphere.

Besides his doctoral thesis, in 1905 Einstein published four other papers in the scientific journal Annalen der Physik that were to revolutionize physics. In March of that year, and therefore prior to his dissertation, he completed his study on the photoelectric effect, the work that would go on to earn him the Nobel Prize. In it, Einstein formulated his light quantum hypothesis. This states that light consists of tiny packets (quanta) of energy. If the energy of light shining on a metallic surface is sufficient, the surface will emit electrons. This releases an electrical charge that can be measured – a phenomenon known as the photoelectric effect. Although this effect had long been known in physics, Einstein was the first to explain it correctly. Only some 20 years later was the light quantum hypothesis confirmed experimentally.

Albert Einstein was awarded the Nobel Prize in 1921 “for his services to Theoretical Physics, and especially for his discovery of the law of the photoelectric effect.” Because the Nobel Committee for Physics decided in 1921 that none of the nominations met the criteria for a prize, Einstein did not receive his Nobel Prize until November 1922, when it was awarded to him retroactively. The physicist was unable to attend the official award ceremony held in Stockholm in December, as he was on a lecture tour in Japan. The envoy of Germany, Rudolf Nadolny, therefore stepped in to accept the prize on Einstein’s behalf and delivered a speech of thanks at the subsequent banquet.

On the occasion of the 100th anniversary of Albert Einstein’s Nobel Prize, UZH and ETH have jointly issued a publication called Revolutionizing Physics. It includes facsimiles of the five original papers from Einstein’s “miracle year”, as well as a fascinating contribution by contemporary physicists at UZH and ETH, Daniel Wyler and Jürg Fröhlich, explaining and honoring Einstein’s achievements and their historical significance.

Einstein’s doctoral certificate is now on display in the entrance hall of the main building of UZH. In addition, an exhibition commemorating the 100 years anniversary of Albert Einstein's Nobel Prize is on display in Lichthof on Campus Irchel until September 29.