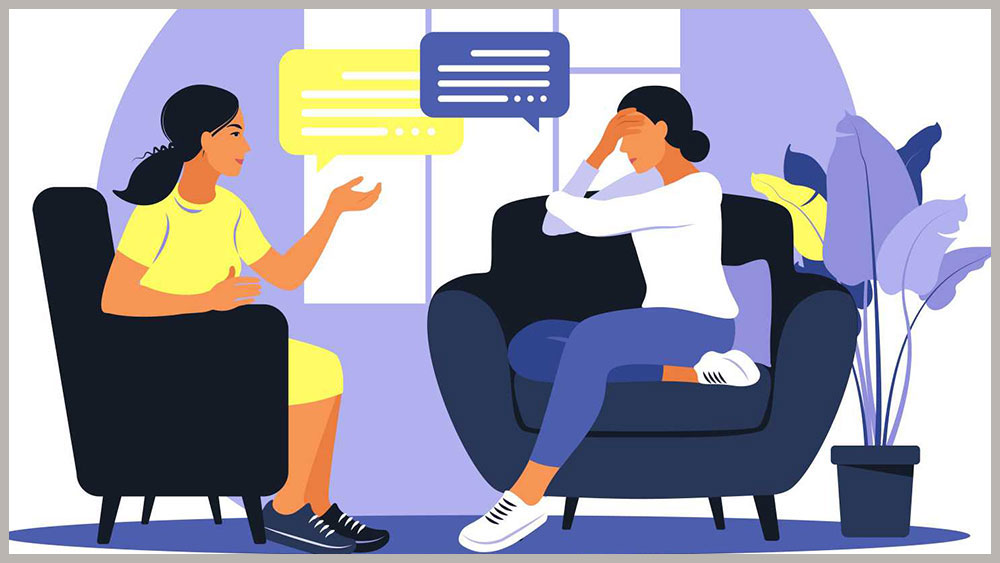 Jubiläum Psychologische Beratungsstelle
Professional counseling can help you overcome difficult phases in life, troubles in your studies and conflicts arising during the course of doctoral study. (Image: Bild: AdobeStock)

What was the impetus behind establishing Psychological Counseling Services, 50 years ago?

Cornelia Beck: It really came down to a desire expressed by the students themselves. One result of the student movement spearheaded by the ’68ers was a call for greater democracy and reform at universities. The students were keen to have more support during this challenging period of their lives, in which they felt under a lot of pressure and had little in the way of financial resources. To answer this need, our counselling service – the first of its kind among Swiss universities – was founded in 1972.

How many counselling sessions do you conduct each year?

What are the most common problems students come to you with?

Many of the students who seek our help feel stressed in one or several areas of their lives. For example, they might be experiencing conflicts in interpersonal relationships that are having a negative effect on their academic performance, or vice versa. It can be really hard to keep these worlds separate. Here’s a typical example: A student is suffering from a worsening drop in his motivation and ability to learn, and can’t explain why. After a couple of sessions, he shares that everyone expects him to follow in his parents’ footsteps, but that he actually wants to pursue a different career path.

Have the kinds of problems you see changed over the past 50 years?

Not really – the students’ concerns have remained largely the same, which is a reflection of going through a particular time in life. The students are reaching the end of adolescence and as they develop, they’re having to resolve certain issues: How can I cut the cord with home? Can I find my place in society? Can I perform at the level the university expects me to? Who am I – as a person and as a member of society? These questions have barely changed over the past 50 years. 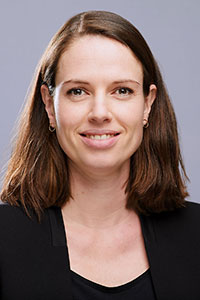 Cornelia Beck, psychologist and psychotherapist, has been Head of UZH/ETH Psychological Counseling Services since 2016. (Image: zVg)

Are there other things that have changed?

Yes, time pressure has increased enormously. As a result, many students are looking to progress quickly and almost all of them stick to the standard course duration. They forget that this is the minimum amount of time in which they can complete the course. Instead, they think they must complete it in that time. This means they put themselves under a great deal of pressure, which in turn makes them very performance-driven.

What’s also changed over the past 50 years are the universities themselves. They’ve grown into large organisations, and many students struggle with the resulting anonymity. They feel indistinguishable, invisible – and this makes them less motivated. In my view, this perceived indifference gets in the way of developing free, critical thinking.

What attitude do today’s students have towards psychological counselling?

On the one hand, today’s students are more willing to seek counselling. They appear to have developed the skills that enable them to get help sooner. On the other hand, as I mentioned earlier, they’re under an enormous amount of pressure. They feel they have to be efficient, productive and fast, and cope with the rigours of selection and competition while under immense time pressure.

We often detect these expectations during sessions. Ideally, what they want from us is a fast-acting, prepackaged solution with a handful of specific tips thrown in. But personal development is all but impossible unless you really put your mind to it.

What differences have you noticed within the group of students who come to you?

First, that – just like for all psychosocial offerings – more women (60 percent) than men come to us. In particular, ETH’s women students and doctoral candidates approach us more often than those from UZH. Women’s socialisation means that they are generally more willing to seek support and talk about their problems.

Are there any other differences?

Over 25 percent of sessions are with students with an international background. Many of them have had to jump through a lot of hoops to study here. They arrive with certain expectations and insecurities about themselves, others and their university. Disappointments, communication problems and cultural differences can then make it harder for them to integrate and can also lead to pronounced psychosocial strain.

Another difference is that UZH’s Bachelor’s students tend to be more likely to make an appointment than their counterparts at ETH. But when it comes to Master’s and doctoral students, it’s the other way round: we see more from ETH than from UZH.

Many students at ETH have taken on a lot to gain the opportunity to study there. The courses are very structured and the focus is on performance. Problems are pushed to one side until there is breathing space to address them. Bachelor students at UZH are confronted with all the challenges that such a large university brings with it and its influence on their identity; they are looking for orientation. Many ETH Master’s students who have transferred to ETH from another Swiss university or from abroad tell us about being met with high expectations as regards their performance. High performance aspirations, internationality and a somewhat underdeveloped culture of error tolerance often lead to stress, conflict and psychosocial strain. Students are unsure whether or not they are up to the various challenges they are facing.

As Psychological Counseling Services celebrates 50 years, what are your hopes for its future?

I hope that it continues to grow and develop in step with the students. I hope that students continue to take advantage of this opportunity to have a safe space in which to work out what needs to change so that they can learn successfully and enjoy life as much as possible. Gaining such insights and taking the first steps towards change help initiate personal emancipation and maturation processes, which are also essential for someone to find their role in the academic and scientific community. Anchoring this awareness more firmly within the universities is one of my top priorities.

So the universities need to do a certain amount of rethinking?

I’d like to see a return to the idea that university education is about more than simply teaching someone what they need to know to work in a particular field. I have to impression that Bologna has placed the focus on credits and timeframes, so much so that many students no longer take a moment to ask themselves what other areas of interest they have and which subjects they would like to spend a semester studying. Students should be given the time and space they need to develop their academic and scientific identity.

And there should be an awareness that it’s possible for any student to go through a difficult period, without it meaning that they aren’t cut out for an academic career.

This anniversary will be marked at the beginning of October with a podium discussion open to all, as well as workshops for students and doctoral candidates. The anniversary also features in an installation in the UZH Lichthof and another in the ETH Gallery (HG F).

More information is available on the Jubiläums-Webseite und in diesem Flyer.