(jpg, 3.49 MB) To each set of Noanamá objects, the Polish collector Malkin added a wickerwork that had been started. Collection VMZ UZH (Image: Kathrin Leuenberger, 2022) 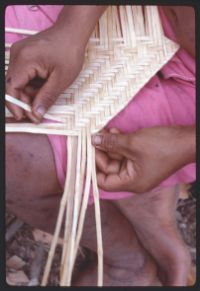 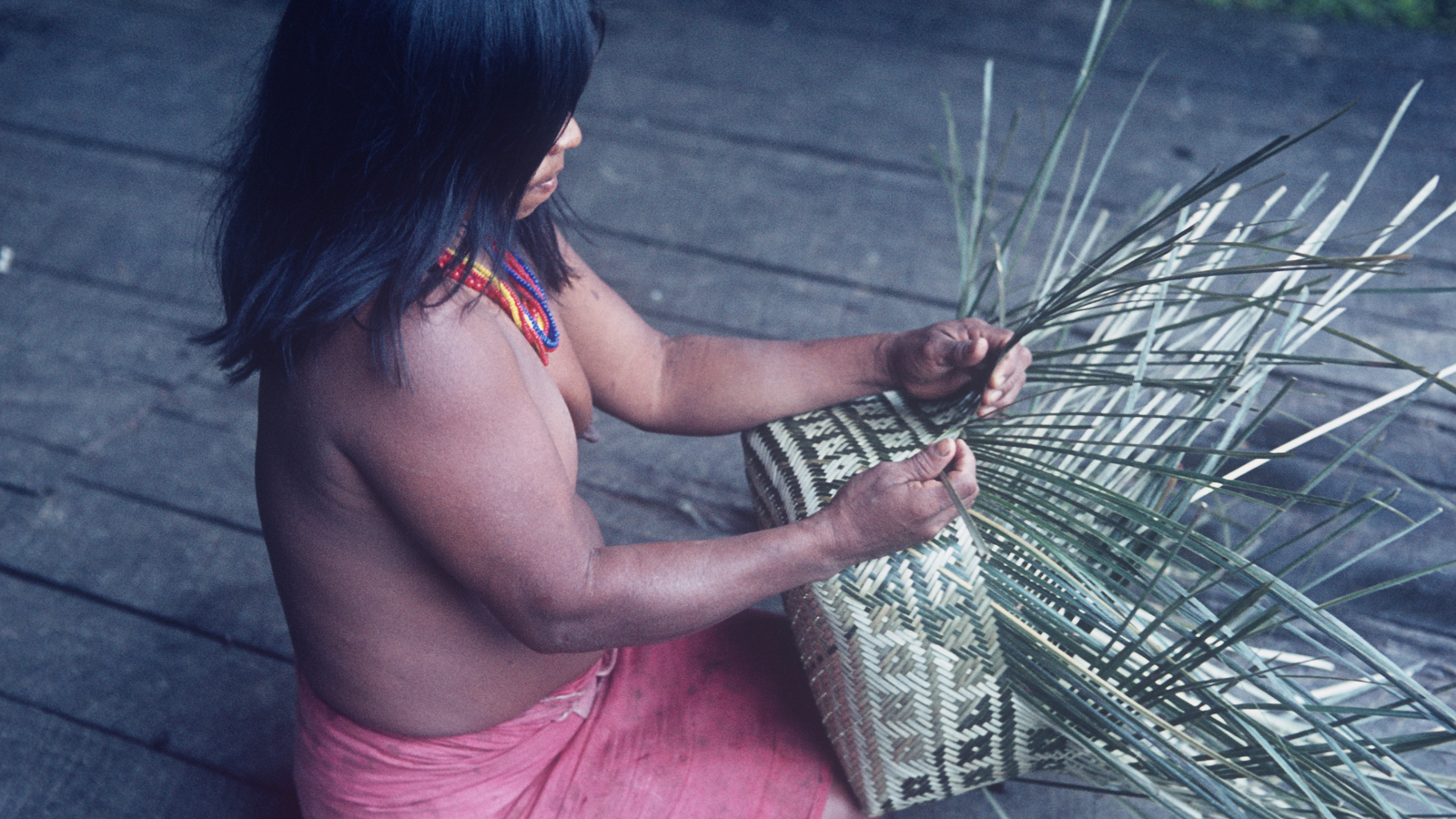 Borys Malkin (1917–2009) was an avid traveler. As a young man, he emigrated to the US, where he studied entomology and anthropology. After being drafted and fighting for the US armed forces in World War II, he completed his studies and spent a lot of his time traveling. He adopted a working model enabled him to work while on the move. His second passion came in handy here, since he was a keen collector of insects and (later) everyday objects from indigenous groups of people.

Over the course of four years, at least 2,214 objects of the Noanamá people passed through Malkin’s hands and found their way into more than a dozen museums in North America and Europe – including around 140 objects acquired by the Ethnographic Museum of the University of Zurich. The collector also created comprehensive photographic documentation on how to use the objects and shot 16 mm films showing how they were produced. Malkin was part of a network of collectors and was deeply knowledgeable about the ethnographic market. He visited the Noanamá no less than four times, since his relationship with them seemed to be flourishing – unlike with some other indigenous groups, who refused to interact with collectors and researchers. As the objects spread across various European and North American museums, a complex network developed that exists to this very day: between Malkin and the Noanamá, but also their descendants and the people dealing with the objects today.

Past encounters lead to lasting relationships

But how did the Noanamá people experience these encounters with Malkin? What prompted them to provide the collector with more than 2,200 of their objects?  Did they give the objects away for free, or did they negotiate something in return? And what do Noanamá people today have to say about these practices and the collections in museums in the West? These are some of the questions addressed in the workspace exhibition.

Malkin was a prolific letter writer, and perhaps the many letters he exchanged with his wife, who lived in Poland, will reveal more about his various encounters. Curator Maike Powroznik is also developing forms of exchange with the Noanamá, both online and on-site, to include their perspectives. “One of our main goals is to make the collection known to the descendants of the people who made the objects. We want to work together to find out more about the objects in front of us and why they’re here, which knowledge of the world they contain, and how we should deal with them in the future.” 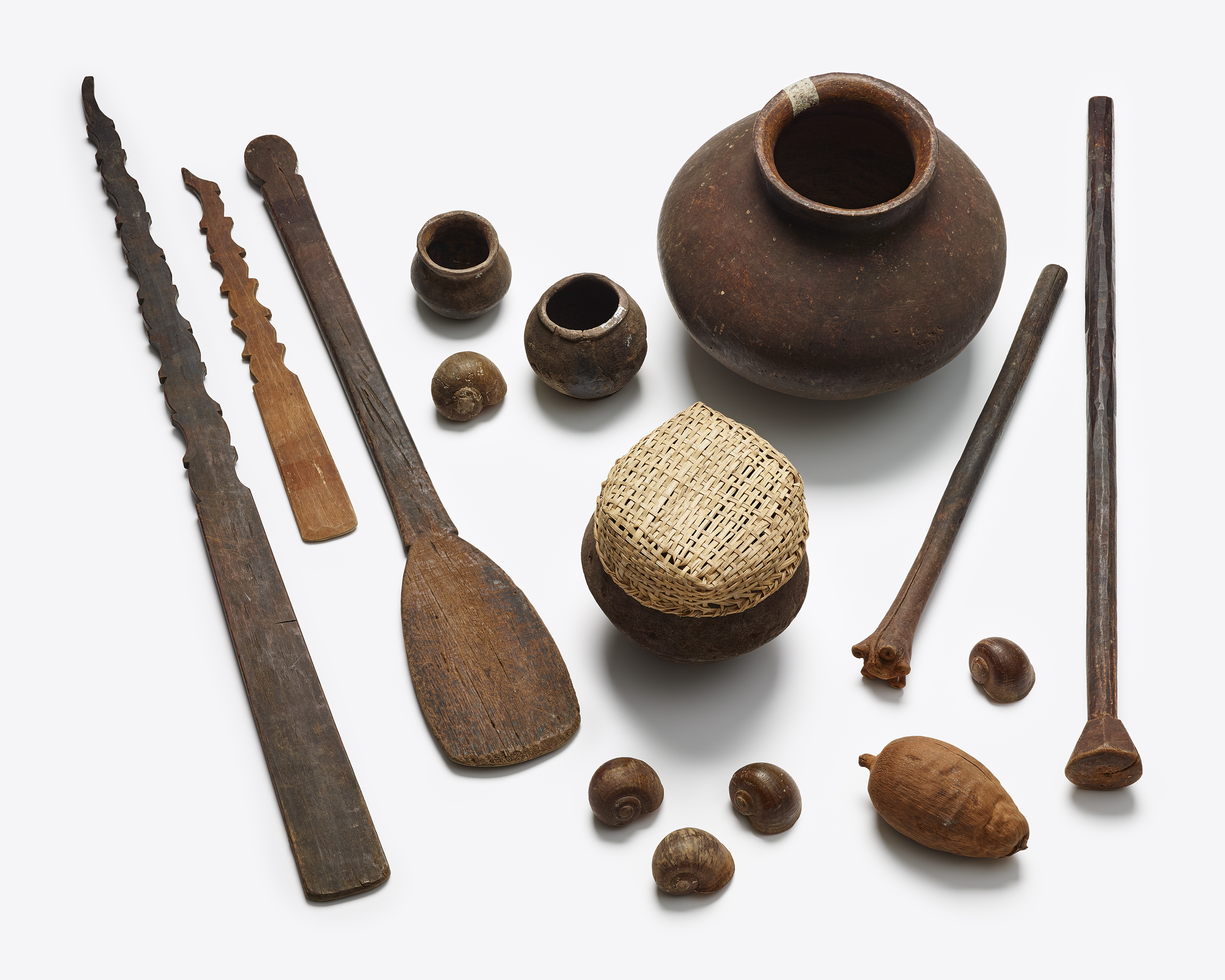 Visitors can use the workstations at the entrance to the exhibition to explore the museums’ sources on the Noanamá collection, including photo slides and prints, film material, file cards and folders from the archive. The objects on display, which include drinking glasses, pottery, baskets, hunting tools, oars, jewelry and toys, are described on replicas of Malkin’s original file cards that contain his detailed notes. Maike Powroznik deliberately chose not to include any additional explanations; instead, these will be added as new insights emerge over the course of the exhibition.

For Malkin, the items represented a “complete set of objects” that covered the entire range of the Noanamá material culture – a view that is no longer shared by present-day anthropologists. This is expressed in the exhibition through various mirrors on the display cases, which break up the links between the objects while also involving the visitors. The boundaries between object and observer dissolve, and the relationships built up between different people through the objects become palpable. The representation of objects thus reflects a world view of the Noanamá that Powroznik encountered as she developed the exhibition, namely the idea of the world as a kind of rhizome, an organic network connecting everything and everyone.

“Business idea? 5 questions on ‘the object set’ from Noanamá, Colombia”

Opening: 6 October 2022, 6pm at the Ethnographic Museum of UZH

Workspace series – 5 questions on the collections
The “Business idea?” exhibition is the second in a workspace series that highlights the research process based on specific collections at the museum and explores complex questions to do with context, provenance, skills, contemporaneity and reconnection. This way, the Ethnographic Museum wants to add to the ongoing debate on provenance and restitution.