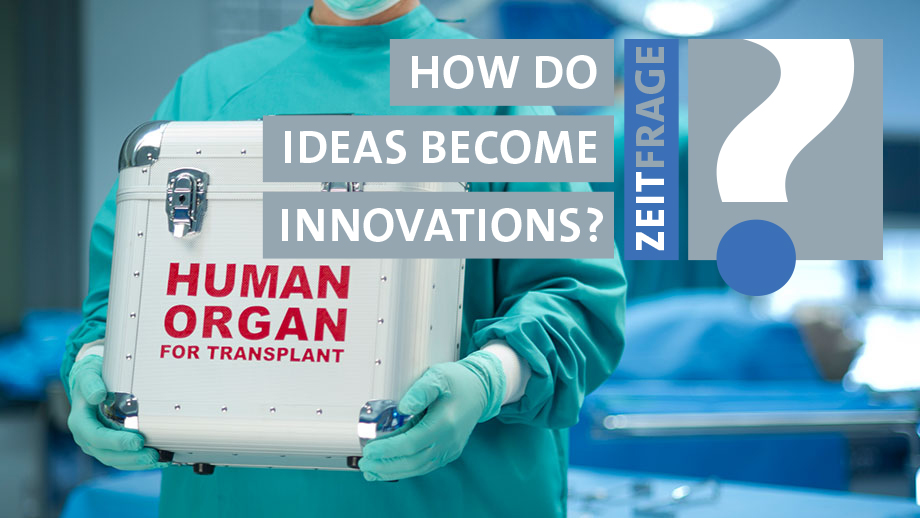 Organtransplantation
Higher success rate in transplantations: The UZH spin-off QRsens wants to bring a device to market that can be used to make transplant decisions faster and more reliably. (Image: iStock / sturti)

From paper to practice, from university to your own business: Since 1999, a total of 147 spin-off companies have emerged from research carried out at UZH. Some of these ventures proved highly successful last year.

Last year, four new founding groups with UZH roots took the entrepreneurial leap and signed a licensing agreement with UZH. They came from the Faculty of Medicine, the Vetsuisse Faculty and the Faculty of Science, and have backgrounds in biopharmaceuticals and biomedicine. Their spin-offs bring to market new products or therapies, including a device that tests the quality of donor organs, a drug that combats depression and anxiety, a drug to treat malignant tumors, and immunotherapies to combat cancer.

Read on for an overview of UZH spin-off ventures:

Spin-off QRsens aims to roll out a device that will significantly increase the success rate of organ transplants. This device will analyze the metabolic state of the organ during machine perfusion, in which the organ is connected to an artificial circuit and prepared for transplantation. The measured metabolic state correlates with the organ function after implantation.

This will enable medical professionals to make significantly more reliable transplantation decisions. The innovative procedure is based on many years of research and the recently developed perfusion machine by Pierre-Alain Clavien, UZH professor of surgery and transplantation, director of the UniversityHospital Zurich’s Department of Surgery and Transplantation and co-head of the Liver4Life project.

Mood disorders such as depression and anxiety are widespread across the globe. And yet, most of the therapies available leave a lot to be desired, with less than 50 percent of patients with depression fully recovering with optimized standard treatments.

The spin-off Reconnect Labs wants to develop an alternative solution based on psychedelic substances to treat affective disorders more in a more patient-centered, rapid and sustainable fashion. Clinical trials have already shown that psychedelic compounds such as ketamine, psilocybin, LSD and ayahuasca can quickly relieve symptoms of anxiety and depression.

Based on the findings of the junior research group at the Department of Psychiatry, Psychotherapy and Psychosomatics, psychiatrist Milan Scheidegger and pharmaceutical scientist Dario Dornbierer developed a novel drug, which they have already tested on humans. Further clinical trials involving patients will assess the tolerability and safety of the drug.

Spin-off business InCephalo is working on new therapies for diseases of the central nervous system (CNS). Treating CNS diseases with drugs is difficult mainly due to the blood-brain barrier. Only very few drugs manage to overcome this barrier and take effect directly in the diseased tissue.

The Compartment Locked Biologics technology was developed to optimize antibodies for direct delivery past the blood-brain barrier and into the CNS, with the biomolecules engineered so as to take effect in the CNS exclusively.

The novel technology was developed by Johannes vom Berg, group leader for brain tumor research, together with his team. It is based on research carried out under Thorsten Buch at the Institute of Laboratory Animal Science.

For their first drug precursor for treating malignant brain tumors (glioblastoma), the company was given orphan drug status by the European Medicines Agency. InCephalo is currently assessing the development of further substances for the treatment of multiple sclerosis and Parkinson’s disease.

Biopharmaceutical spin-off Vector BioPharma develops cutting-edge gene delivery solutions that can transport genes for therapeutic agents, e.g. antibodies and cytokines, directly into cells or tissue. The business is based on the research of professor of biochemistry Andreas Plückthun – and is already his third UZH spin-off.

His most recent venture focuses on viral vectors that no longer carry any viral genes and bypass the immune system to bind to specific cells in the body. Such vectors make it possible to administer very large DNA molecules, whose genes can be activated in the cells as needed, without their DNA entering the genome in the nucleus. This complex technology is used to develop new therapeutics and improves the safety, effectiveness and specificity of drug delivery – with the aim of providing patients with more targeted treatment options. The spin-off is currently focusing on the development of immunotherapies against cancer.

UZH supports and encourages its researchers, doctoral candidates, students, staff or alumni to establish start-up and spin-off businesses. Since 1999, 147 spin-offs have been founded at UZH, developing and rolling out new products based on UZH research findings or technologies.

The Liver4Life project was created under the umbrella of Wyss Zurich, which brought together the highly specialized technical expertise and biomedical knowledge of around ten physicians, biologists and engineers from the University of Zurich, the University Hospital Zurich and ETH Zurich.