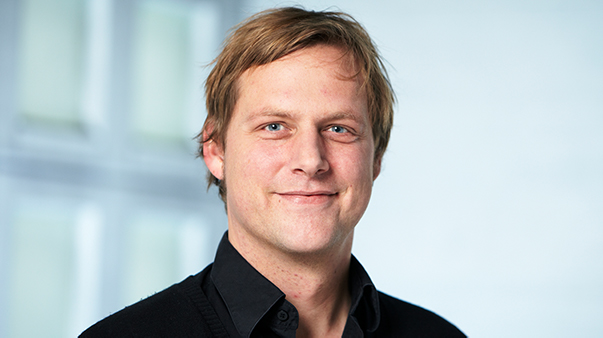 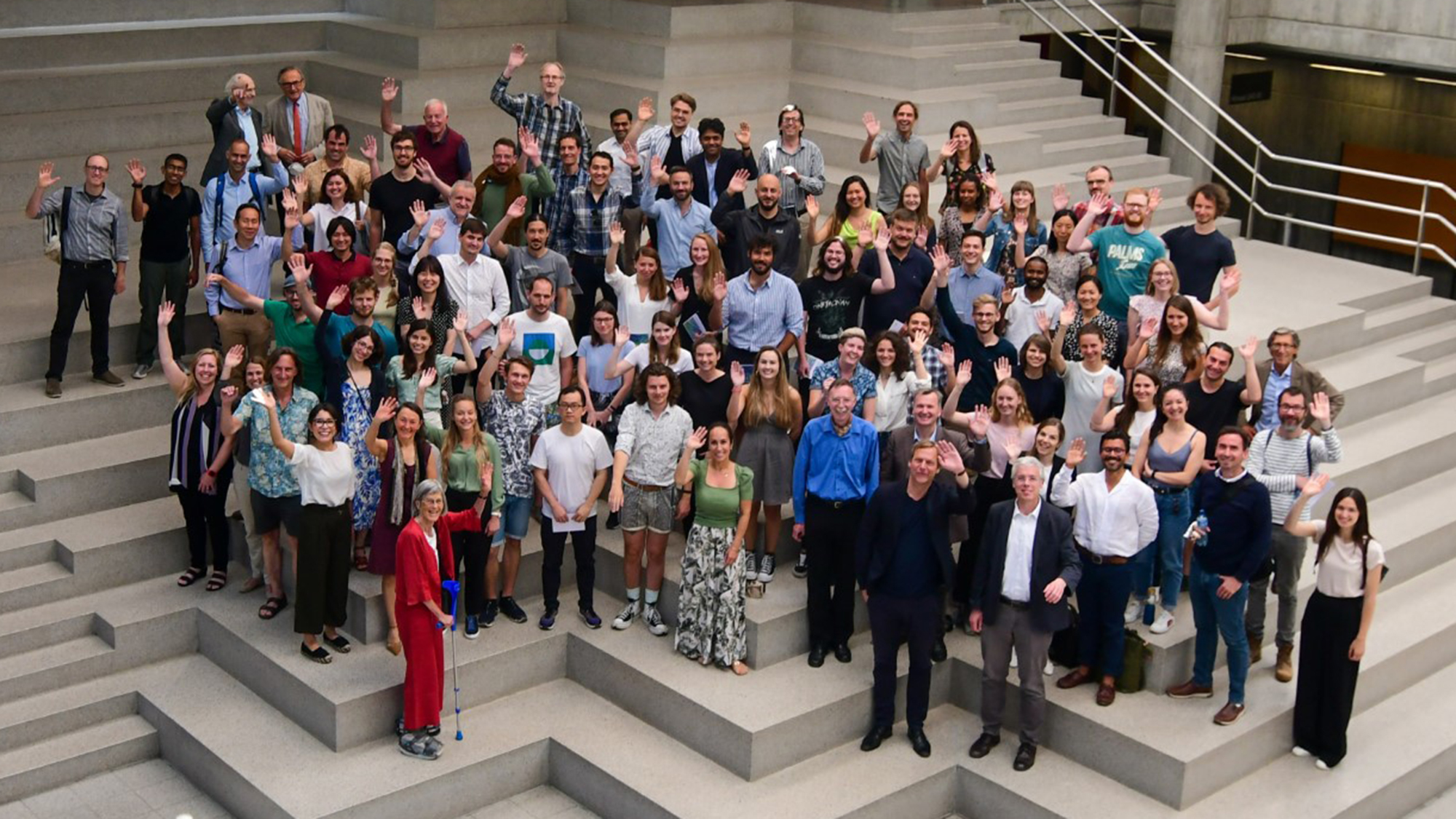 At the opening of the Brain Research Institute (HiFo) 60 years ago, Professor Konrad Akert (1919–2015) knew the enormity of the task facing his team. Stressing the brain’s complexity, he was convinced that scientists needed to find new theories and models to understand it.

Six decades later, researchers at the institute have made impressive inroads into explaining the functioning of brain and neuronal networks. “Since its founding, the institute has become one of the leading centers for neuroscience in Switzerland and is well known on the international stage,” says director Sebastian Jessberger.

But despite the many new insights and findings, the puzzle of higher brain functions such as memory has only partially been solved. “We are getting closer to understanding, step by step,” says Jessberger, who is an expert in neural plasticity.

He echoes the words of the institute’s founder as he cites the “unbelievable complexity” of the brain with its around 100 billion neurons, each of which can form several thousand connections. “As the result of several million years of evolution, our brains are incredibly complicated.”

But he remains undaunted; the huge complexity is one more reason to continue forging ahead with the kind of experimental brain research to which the institute has dedicated itself from the start. “We need to analyze the neurons at a molecular level and understand how they communicate in networks.” Such understanding would open up the possibility of developing a comprehensive model of the brain and thus of identifying and treating the root causes of neurological diseases.

The institute hosts five experimental research groups investigating various aspects of the brain and contributing to an overall understanding of how it works. Isabelle Mansuy analyzes the intergenerational epigenetic influence of traumatic experiences such as stress. Csaba Földy studies the formation of synapses, which connect neurons and enable them to exchange signals.

Fritjof Helmchen focuses on the dynamic functioning of neuronal networks and how they change during sensory processing and learning processes. Sebastian Jessberger investigates the formation of new neurons from stem cells in the brain, i.e. brain plasticity. Theofanis Karayannis researches the early development of the brain and its blueprint during embryogenesis.

The institute is a member of the Neuroscience Center Zurich (ZNZ), to which ETH and several Zurich clinics are also affiliated, enabling the researchers to share knowledge and translate their findings into clinical developments. In addition, the institute is involved in the University Research Priority Program “Adaptive Brain Circuits in Development and Learning” (URPP AdaBD) and the flagship project of Hochschulmedizin Zürich (HMZ), “Stress”. Sebastian Jessberger also proudly points out that the institute has acquired seven ERC and SNSF Replacement Grants in the last 10 years. 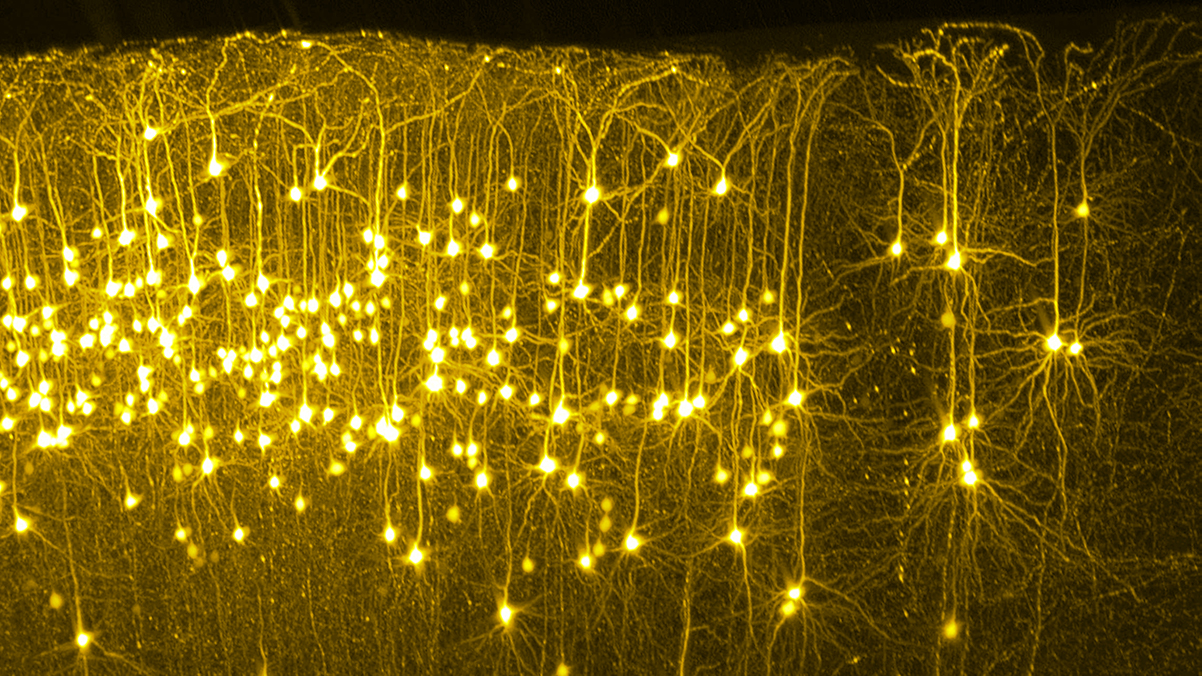 View of a complex and dynamic network of neurons with their branched projections from the cerebral cortex of a mouse. The stained neurons were imaged with a modern light sheet microscope (mesospim.org). (Image: F. Voigt, W. Luo, C. Földy, F. Helmchen)

One of the hallmarks of the institute is its state-of-the-art research methods, some of which were developed by the researchers themselves. One such example is the 2-photon microscopy, which can be used to observe individual brain cells at work in deeper layers of the brain.

Another is the light sheet microscope, through which the spatial structure of brain tissue can be imaged in three dimensions. Research is also being carried out with experimental organoids from human embryonic stem cells, i.e. small nerve cell organs in the Petri dish, in which neurons organize themselves into brain-like structures. This broad repertoire of high-tech experimental methods is employed with one goal in mind: unlocking the mystery of brain processes.

At the anniversary symposium on Wednesday, 15 June, scientists from the institute will share their research developments and discoveries of recent years. Former members of the institute who have since gone on to establish their own research groups elsewhere in Switzerland, Europe or the USA will also give addresses.

“Educating students and supporting researchers at all career stages is both a responsibility and a privilege,” says Jessberger. Finally, the emeritus professors of neuroscience, Beat Gähwiler and Martin Schwab, who were instrumental in shaping the institute in past decades, will take the podium.