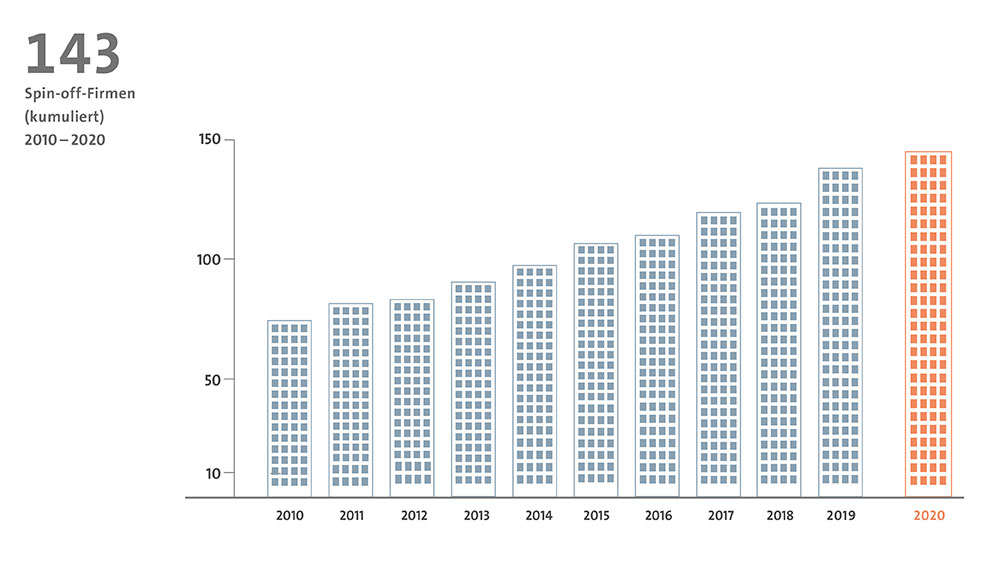 The ranks of UZH researchers, students and alumni include numerous entrepreneurs who use their inventions to bring innovative products and services to the market. No fewer than 143 spin-offs have been founded at UZH since 1999. Last year, seven groups of entrepreneurs set out on the path of self-employment, signing a licensing agreement with UZH.

The latest spin-offs, most of which revolve around medtech, biotech and AI, sprang from research conducted at the Faculty of Medicine and the Faculty of Business, Economics and Informatics. Read on for an overview of UZH spin-off ventures:

Reducing the risk of pre-term birth
Some fetal and placenta malformations can be corrected through minimally invasive surgery, or fetoscopy. In this procedure, the membrane protecting the fetus is perforated. Unfortunately, this often leads to the membrane rupturing, which causes pre-term birth. With its innovative strategy, the spin-off KOVE wants to help prevent these possible consequences of fetoscopy. The company has developed a device that seals the defects created by the surgical procedure and prevents the membrane from rupturing until the baby is born. KOVE is based on research conducted by Martin Ehrbar, professor of fetal healing and tissue engineering, and Nicole Ochsenbein, professor of obstetrics and gynecology as well as chief of service at the Department Obstetrics at the UniversityHospital Zurich.

The biotech spin-off MUVON Therapeutics specializes in developing autologous (using cells from the patient themselves) cell therapy for the regeneration of skeletal muscle tissue. The research underpinning the technology started some 12 years ago in UZH’s lab for tissue engineering and stem cell therapy and was led by Daniel Eberli, professor of regenerative urology. MUVON Therapeutics’ initial focus is on developing a safe and effective treatment for stress incontinence in women. The spin-off’s technology involves extracting muscle precursor cells (MPCs) from the patients’ own muscle tissue and then isolating and expanding these cells in the lab. The cells are then injected back into the patients to regenerate the damaged muscle tissue. The novel approach is currently being validated in a clinical trial.

Improving the quality of sleep

Sleeping disorders are very common and have become increasingly widespread over the past few decades. The spin-off Tosoo wants to roll out a mobile technology that monitors, deepens or modulates sleep individually. The business is based on the idea of using a wearable device (headband) to measure people’s brainwaves as they sleep, and to then use this information to stimulate the brain with auditory tones. This enhances the synchronization of neurons in the brain, which leads to a deeper sleep and thus improves the quality of sleep. The technology was developed as part of the University Medicine Zurich’s interdisciplinary SleepLoop project, led by sleep researcher Reto Huber from the Interdisciplinary Center for Sleep Medicine at the University Children’s Hospital Zurich, Christian Baumann from the Department of Neurology at the UniversityHospital Zurich, and Walter Karlen, head of the Mobile Health Systems Laboratory at ETH Zurich.

Fledgling biotech firm Invasight is developing low-molecular substances that target and block the spread of tumor cells. The substances attack metastatic tumors such as brain tumors as well as bladder, intestinal, lung and stomach cancer. To develop their drugs, Invasight is using the technology platform ACINDA (anti-cancer cell invasion drug discovery accelerator). This platform was established by Martin Baumgartner, who heads up a research group at the Department of Experimental Infectious Diseases and Cancer Research at the University Children’s Hospital Zurich, in cooperation with ETH Zurich. Thanks to their novel technology, the researchers are able to speed up the development of drugs to treat malignant tumors in children and adults. The spin-off, which is in the early phase of clinical trials, is currently seeking investors.

Pathologists have long been working on developing structured reporting for processing tissue in their field. In 2017, professor of pathology Holger Moch joined forces with four Swiss pathology institutes to launch the PathoLink project with the aim of standardizing pathology reporting. Among other things, the project has produced the software SynReport, which provides structured reporting in the field of pathology and cytopathology based on international standards. To market the software, the spin-off Celerato was founded – and four Swiss hospitals have already started using SynReport from Celerato.

Drones are used for many things today, from transporting goods to observing building sites or in civil defense. To tap into their full potential, it is best if they can navigate precisely, avoid obstacles and land safely. And this is where the spin-off SUIND comes in, whose software makes precisely these autonomous operations possible. The company provides drone manufacturers with bespoke software solutions that enable their drones to fly more safely and autonomously. The software was developed by the Robotics and Perception Group, headed up by Professor Davide Scaramuzza.

Blockchain technology has given contractual parties that don’t necessarily trust each other novel ways of working together. One of the key challenges of this technology lies in providing reliable information for financial contracts that are based on blockchain. The spin-off Blockchain Presence, founded at the start of the year, provides a decentralized platform that allows data to be transferred securely and reliably.

Their service is what is known as a blockchain oracle, which serves as bridge between two types of users – those selling information using the blockchain and those using their own smart contracts and thus requiring access to reliable information. The platform was developed by UZH students led by Christian Ewerhart, professor of information and contract economics.

UZH welcomes and encourages its researchers, doctoral candidates, students, staff or alumni to establish start-up and spin-off businesses. Since 1999, 143 spin-offs have been founded at UZH, developing and rolling out new products based on UZH research findings or technologies.

Through its services and programs, the  UZH Innovation Hub supports students and junior researchers interested in founding a company when it comes to translating research into marketable products and establishing their own business.