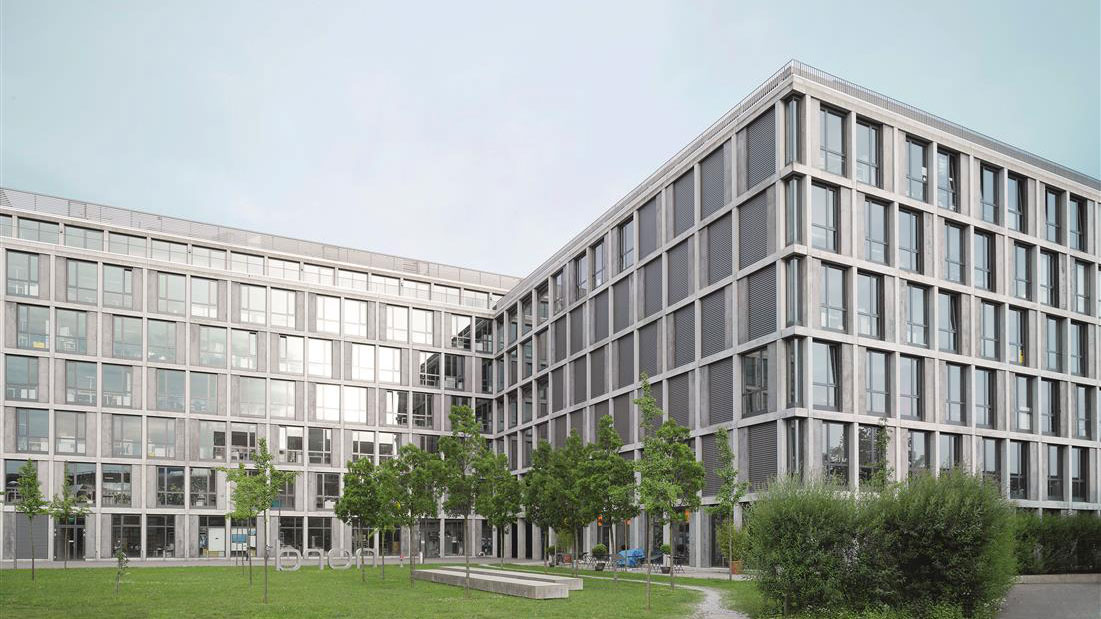 West-Park
The modern West Park office building on Pfingstweidstrasse: The first employees will move in here next year. (Image: West-Park)

As things stand today, the administrative offices of Real Estate and Facility Management, Finance and Human Resources, and Central IT are spread out across several buildings around the City Campus. Often members of the same organizational unit do not even work in the same building. That is now set to change, with most of the approximately 400 administrative employees moving under one roof next year. Their new workplace will be the West Park office building on Pfingstweidstrasse in Zurich’s district 5. The move will take place in stages starting next year and is expected to be completed by 2023.

“Consolidating the administrative services into one location like this will bring many synergies,” says François Chapuis, Vice President Real Estate and Facility Management. The short distances between the various office spaces in West Park will make it easier for people to work together on joint projects. In addition, the administrative staff frequently deal with UZH members working in research and teaching, who are located either at the City Campus, at Irchel Campus, in Oerlikon or in Schlieren – West Park is roughly equidistant from all four UZH locations.

Better use of space

The move will potentially free up 15 buildings on the City Campus. “This fits with the University’s aim of streamlining its property portfolio,” says Chapuis. In total, the move will reduce the space required by the three administrative areas by up to 2,000 square meters. By bringing the organizational units together, UZH will save costs in the longer term, as the running and maintenance costs for small disparate areas are more expensive than for a large area at a single site. Last but not least, the space will be used more efficiently thanks to the new multifunctional office concept used to plan the West Park premises (see below), creating space for 250 additional workplaces.

The future location has many advantages for employees. The office building on the former industrial site is in a lively urban area within walking distance of the Prime Tower and the Technopark with its numerous IT, communications and research companies. There is also a fitness park nearby.

The building is characterized by bright rooms and modern architecture with an inviting light-flooded inner courtyard and an adjacent outdoor park. Employees will be able to use the ZFV canteen in the Technopark. With its proximity to Hardbrücke station, a tram stop right in front of the door, and a motorway junction around the corner, the new location is easily reached and well connected. There is also a nearby Publibike station where bicycles and E-bikes can be borrowed.

As well as the inspiring outer surroundings, employees can look forward to a modern office world inside the building. In planning the West Park premises, the new UZH office concept has been used for the first time (cf. UZH News). An attractive and versatile office landscape is being created on four floors of the building, geared towards the different tasks and activities of the employees.

Central to this is the division of the space into two different areas: One open area for collaboration, relaxation and informal exchange, the other for individual work. The open area can be used by all UZH employees based in the building. In the future, instead of fixed workstations, there will be shared infrastructure for individual work, with each team having access to its own infrastructure.