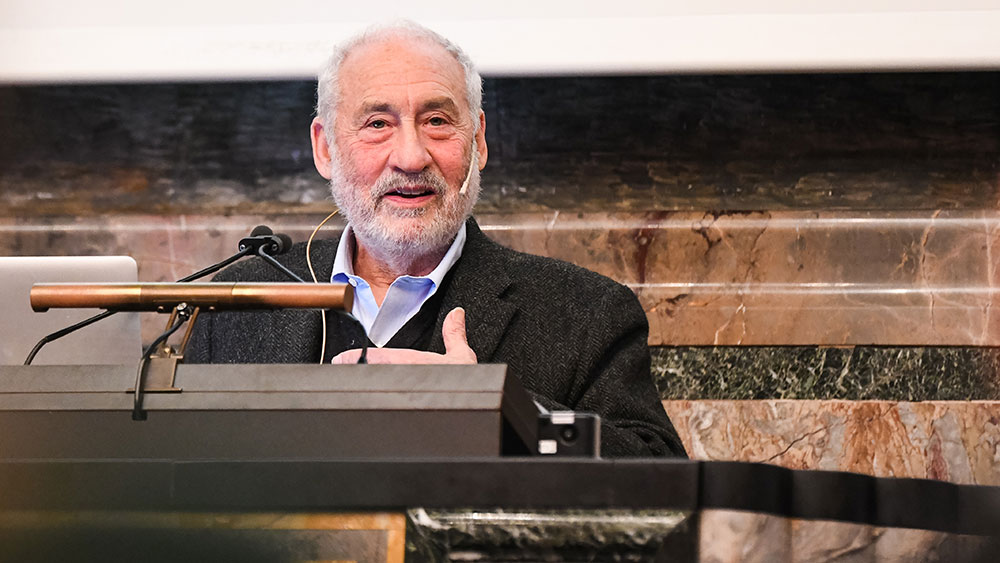 Nobel laureate Joseph Stiglitz’s words were unequivocal: We have a huge amount to do to combat the consequences of climate change and avert global disaster. And we need to roll up our sleeves and get to work right away. Those who particularly needed to take notice were his own colleagues, the economists, said Stiglitz. The current economic models were useless when it came to assessing the economic consequences of climate change, he claimed. Part of the reason for this was that there were no historical parallels: “We’re in unchartered territory,” said Stiglitz – humanity has no experience of life on a planet with a considerably higher temperature. What was clear was that the economic consequences could be severe or even catastrophic, depending on how much the global climate actually heats up in decades to come.

Already today the effects of climate change are costing a great deal financially. Events of recent years have shown that damage caused by climate warming could shave up to two percent off the GDP of the United States. “The longer we do nothing, the higher the bill will be in the end,” Stiglitz warned.

Stiglitz criticized not just the economists and their inadequate models, but also the market. Revered by many of his colleagues as a golden calf, the market was failing, he claimed. Received wisdom – à la Adam Smith and his famous “invisible hand” – was that the market would miraculously self-regulate and therefore right itself. For Stiglitz, this idea is a myth: “The invisible hand is probably invisible because it doesn’t exist.”

We therefore cannot rely on the economists, because their models are failing to meet the challenge of climate change. The same is true for the market, which tends to fail when it really comes down to it. Who, then, should save the world from the climate apocalypse? Stiglitz’s answer: A three-pillar approach of taxes on fossil fuels, government regulation and prohibition, and investment by the state. Stiglitz believes in the strong hand of the state, regulating and investing.

Better regulation and more efficient investment in renewable energies and a sustainable economy would lead to lower CO2 taxes, stressed Stiglitz. The premium per tonne of CO2 would currently need to be 40 to 80 dollars, and in 2030 50 to 100 dollars, in order to meet the Paris agreement targets to restrict global warming to between 1.5 and 2 degrees. We could easily cope with such a tax on fossil fuels, emphasized Stiglitz.

Stiglitz’s message, however, was not all gloom and doom. The sustainable reorganization of the economy and society “has the potential to become a strong, compelling sustainable story of growth”. Innovation would have a central role to play in managing the challenges of climate change. And the side effects of a green economy, such as more livable cities, a more robust agricultural sector and stronger ecosystems, would be good for everyone.

Stiglitz praised the EU for setting itself the goal of becoming climate neutral by 2050. He also mentioned the Green New Deal formulated in the USA by progressive players with similar aims. The name refers to Roosevelt’s New Deal of the 1930s, which helped to ease widespread poverty and lift America out of the Great Depression.

Referencing a success story such as this was a clever spin, and a necessary one: Because if we are to succeed in creating a sustainable future, we need to see and grasp the opportunities of such transformation, instead of lamenting the risks and losses. Even if those are considerable, as Stiglitz reminded us. There will be losers – for example the coal and car industries (unless they manage to develop climate-neutral vehicles quickly enough). At the same time, a huge space is opening up for new, innovative companies working in the field of renewable energies or developing more efficient and eco-friendly vehicles for private use and public transport.

The finance industry also needed to get with the program and move with the times, urged Stiglitz. Taxes on fossil fuels were on their way and the economy would get greener. Those who clung to investments and shares in the old dirty industries would soon be sitting on a pile of useless assets and worthless bonds.

Anyone who listened to Stiglitz knows: Doing nothing is not an option So let’s get started! 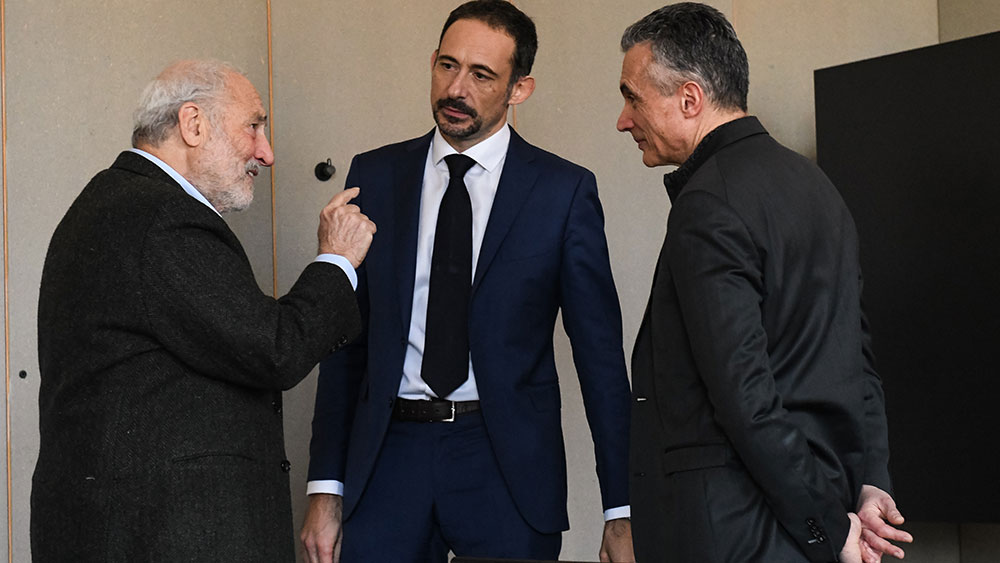 Toward a sustainable financial industry

The Center of Competence for Sustainable Finance (CCSF) explores ways of moving the financial sector toward a more robust and sustainable system.  As an interdisciplinary platform in the Zurich financial and innovation hub, the center combines critical streams of academic research and teaching in the fields of finance, law, mathematics, private assets, business psychology and informatics with the aim of effectively informing sustainable development and growth.  The professors and researchers at CCSF investigate, among other things, the risks that climate change poses for institutional investors such as banks and pension funds, and how to accurately measure the sustainability of investments. “By establishing the new center, we want to position the University of Zurich as a key actor when it comes to researching sustainable finance,” says Marc Chesney, professor of quantitative finance, head of the Department of Banking and Finance and co-founder of the new center. “A business-as-usual approach to research and teaching in finance is no longer an option. It’s crucial that we provide students, decision-makers and professionals with the necessary expertise to tackle the major challenges of global warming and financial imbalance.”