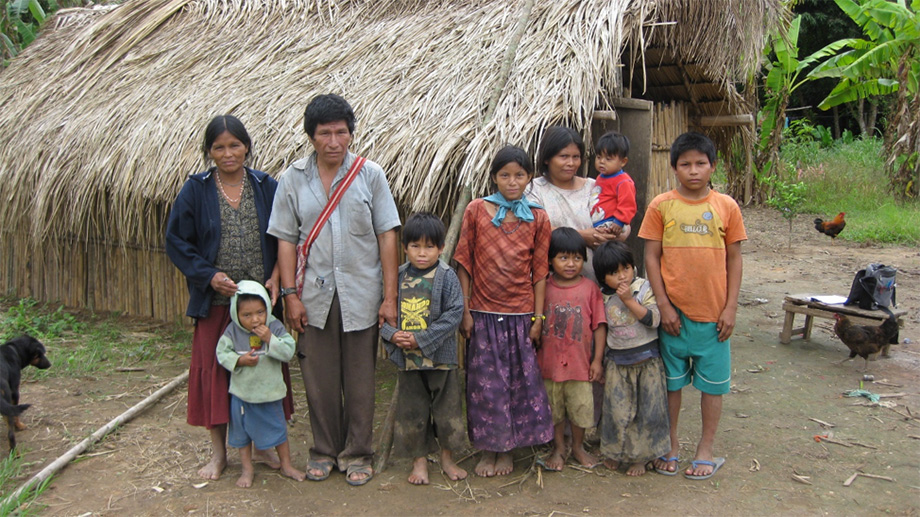 Image Gallery
Parents everywhere in the world receive help with childcare, from older kids, grandparents, or others. Without such help human evolution as such would not have been possible. Here we see Tsimane parents from the Bolivian Amazon, who would not be able to feed their multiple dependent children without help. (Image: Adrian Jäggi)

All chimpanzee females are single moms. But in our species, mothers are not alone. They receive help from fathers, grandparents, and even unrelated group members. Such cooperative childcare was arguably essential for many of the characteristics that distinguish us from our closest relatives: Larger brains, intelligence, culture, language. But how did this happen? The climate began to change about two million years ago, becoming colder and more variable. Could this have led human evolution down this path? Without a time machine, we cannot directly test this hypothesis, but researchers at the University of Zurich took a different approach.

Childcare is not distributed equally everywhere

Human societies are extremely diverse. We have settled all corners of the Earth in the last millennia, adapting to various environmental conditions. The lifeways of traditional peoples all over the world have been carefully documented by ethnographers and coded into comprehensive databases. “This well-documented diversity is a veritable gold mine for us,” says Professor Adrian Jäggi of the Institute for Evolutionary Medicine, “because it allows us to test which factors led to different adaptations.” Jordan Martin, PhD student and first author of the study had the idea of testing whether the environment affected childcare. “This hypothesis is supported by mathematical models and comparative studies on other species,” says Martin.

Martin, Jäggi, and their co-authors looked at 141 traditional societies spread across the globe, in which parents either received very little or a lot of help with childrearing. This included examples like the Comanche or other Native tribes living in the deserts and steppes of North America; for them, alloparental care was especially pronounced. In more tropical, stable regions like among the Yąnomamö of the Amazon rain forest, mothers had fewer helpers to rely on. Indeed, alloparental care correlated strongly with environmental factors like temperature and rainfall – the cooler, drier and more unpredictable the climate, the more help parents received.

What explains this relationship? “In harsh environments people have to stick together more,” says Martin, “you also see this with other forms of cooperation.” A classic example is that people share more food when foraging is less predictable. “If I come home empty-handed from a hunt I can eat at my neighbors’, and the next day the roles may be reversed,” explains Jäggi. Thus, challenges of nature increase our dependence on one another. So it is with childcare – when everyone depends on each other, an uncle or neighbor also benefits indirectly by helping out the parents.

In other species too

Not only among humans do we see this relationship between environment and childcare. Among other mammals as well as among birds, cooperative breeding is found mostly in harsh environments. The superb starlings of East Africa, for example, live in complex, cooperative groups and a highly unpredictable climate. “Together this yields a quite convincing picture,” concludes Jaeggi. “We do not have a time machine, but it seems very plausible that changing environmental conditions have led our evolution in this direction.”