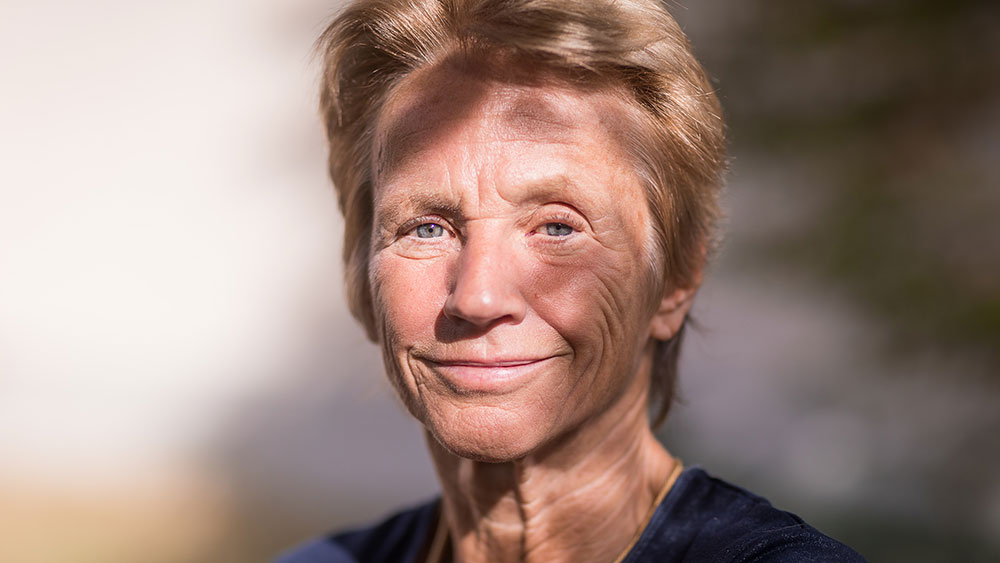 One evening when Vera Regitz was a young doctor working in a German hospital in the 1980s, a young woman was brought in with a cardiogenic shock. Her heart was not pumping correctly, but the coronary arteries, the blood vessels that supply the heart, looked healthy and the doctors didn’t know how to treat the patient. She sadly died the same night, and the shocked young doctor asked her supervisor what had happened. “We don’t know, we don’t understand it. She is a woman,” he answered.

In the following years, Vera Regitz often noticed that women responded less well to treatments and that they were sick in different ways than men. “It became clear to me that it was really important to research the differences between women and men,” said Vera Regitz at the start of her talk given as part of the Zurich Center for Integrative Human Physiology’s “Wissen-schaf(f)t Wissen” (Knowledge Begets Knowledge) event series. Professor Vera Regitz is currently the Anna-Fischer-Dückelmann visiting professor of gender medicine at the University of Zurich and was director of the department for gender in medicine at the Charité university hospital in Berlin from 2008 to 2019.

Nausea and sweating, not chest pains

The cardiologist therefore decided to focus her research on gender differences in cardiology, as heart disease is an area in which things often play out differently in women than in men. Prof. Regitz told the moving story of a young female hairdresser, who on one particularly busy afternoon suddenly felt extremely nauseous and could not keep working. The doctors reassured her that it was probably just a stomach upset. Things did not improve, but it was not until two weeks later, by which time the situation had become life-threatening, that a heart attack in the posterior myocardial wall was diagnosed. Thankfully the medics were able to save her in time.

Regitz explained that in around a third of women with heart attacks, the symptoms were non-specific complaints such as nausea, outbreaks of perspiration, or exhaustion, making it difficult to spot the heart attack. The chest pains so typical in men having heart attacks, continued Regitz, were not the main symptom in women and were more likely to be described as generalized pains. Another difference was the cause, she explained – in many women, heart attacks or chest pains were not caused by narrowed coronary arteries due to fat build-up, but more often by a functional disorder of the small coronary artery. In some women, the arteries went into abnormally strong spasms when exposed to certain triggers such as stress or cold. “We only found out about these differences when we started exploring the specificities of women and men,” said Regitz.

Why women and men are different

“There are quite clear biological factors that cause these differences,” explained Regitz. Every cell in a woman has two X chromosomes, while the cells in men’s bodies contain an X and a Y chromosome. The X chromosome contains many genes that are important for the functioning of the heart, brain and immune system. As there are two X chromosomes in female cells, a defective gene can be compensated for with the copy in the second chromosome. In addition, the differing sex hormones produced by women and men have different effects: Men produce a lot of testosterone, while women produce more estrogen up until the menopause.

But socio-cultural factors, i.e. gender as opposed to biological sex, also play a large role which has been largely ignored until now. Women and men are raised differently, they behave differently, they interact with their environment differently and are treated differently by the world around them. Women also have a greater tendency than men to delay going to hospital because they are worried about looking after the family. “It’s also important to realize that the biological and the socio-cultural factors influence each other,” added Regitz. For example, hormones shape our behavior, while our environment and our behavior influence our biology. “Many environmental influences such as smoking, dust particles and washing powder can cause epigenetic changes, i.e. changes to the structure of our DNA, which influences the expression of the genes,” explained Regitz. Another example of environmental influence is how our eating habits affect the bacterial population of our bowels. “This all leads to differences between men and women, and between individual people,” explained Regitz.

Gender medicine is not only a vital aspect of cardiology, but also of all other areas of medicine. Even drugs work differently in women than in men. This is not surprising considering that the intestinal flora influences the absorption of drugs in the intestine and that sex hormones influence how they are processed and broken down in the liver, according to Regitz. What is more, the functioning of women’s kidneys reduces more than men’s with age, meaning that it takes longer for the kidneys to excrete drugs. That has consequences for women’s health, as pharmaceutical drugs are most often tested on men. Specialists in gender medicine therefore want to see drug trials take into account the effects and side-effects in both sexes in the future, with these then listed separately in the package leaflet. Currently only 12 percent of published drug trials worldwide present the study data separately according to sex.

There is still a long way to go, but Vera Regitz is not planning to give up and enjoy a quiet retirement – she will continue to pursue her aim of furthering gender medicine and firmly anchoring it in the medical establishment. One of the steps toward this aim is to train the new generation of physicians – so that women no longer need to die because doctors don’t know the differences between men and women.

Opportunities and outlook for gender medicine

The presentation by Vera Regitz-Zagrosek at the ZIHP was organized in cooperation with the commission for sex and gender in medicine at the UZH Faculty of Medicine. The commission will stage a symposium titled “Chancen und Perspektiven der Gendermedizin” (opportunities and outlook for gender medicine) on 15 November.