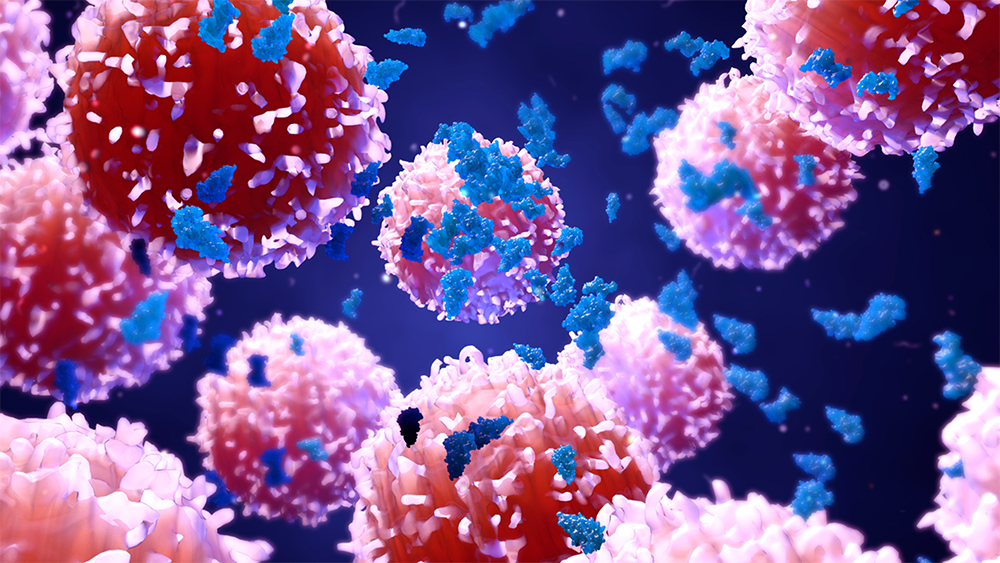 Cancer medicine is making great headway. Thanks to novel therapies that use specialized immune cells and growth factors to boost cancer patients’ own immune system, some types of cancer are no longer as scary as they used to be. These immunotherapies work particularly well when it comes to treating blood cancer (leukemia) and skin cancer (melanoma).

With its latest flagship project 2019, the University Medicine Zurich initiative now wants to promote the development of immunotherapies to combat endocrine tumors. The Immuno-TargET project, which will run for several years, brings together 14 research groups from four participating institutions, namely ETH Zurich, University Children’s Hospital Zurich, UniversityHospital Zurich and the University of Zurich. “We’ve developed an elegant and ambitious project that is tailored to the specialties of Zurich’s universities,” says Felix Beuschlein, professor of endocrinology and internal medicine at the UniversityHospital Zurich. The project was presented at the annual event of University Medicine Zurich this week (see box).

Endocrine cancer can affect the thyroid and adrenal glands as well as organs with endocrine cells such as the pancreas and germ cells. Endocrine cells release hormones into the blood and regulate important metabolic processes. If these cells are affected by cancer, they can develop into aggressive tumors, for example the fairly common thyroid carcinoma or adrenal cancer, which is rarer. What all of these cancer types have in common, however, is that there are no individualized immunotherapies to combat them yet. This is what the Immuno-TargET project aims to change.

Immunotherapies arm the body’s immune system with specialized cells. They are based on the molecular structures and genetic properties of cancer cells, which are integrated into human immune cells by genetic engineering. These “weaponized” cells are then used to treat cancer patients.

This method of production has also inspired the name of one of the most well-known immunotherapies, the CAR T-cell therapy (chimeric antigen receptor T-cells). The first commercial therapy was developed by the pharmaceutical company Novartis and approved for treating special types of leukemia in the EU just over a year ago.

This basic principle of immunotherapies also serves as a model for the University Medicine Zurich’s new flagship project Immuno-TargET. The project’s developers are following a promising approach to identify the molecular characteristics of endocrine cancer cells: Autoimmune diseases. People suffering from such disorders of the thyroid or pancreas, for example, produce antibodies that attack the cells in their organs.

The pathogenic antibodies will now also serve as the key for developing individualized immunotherapies, since they contain unique identifying features of the cells they attack. If scientists succeed in identifying and isolating suitable molecules, these can be integrated into the immune cells of cancer patients and put to therapeutic use. “It’s actually an obvious strategy, but one that hasn’t been pursued yet,” says Beuschlein.

This has to do with the fact that the genetic mapping of pathogenic antibodies and the development of new immunotherapies require a great deal of specialist expertise from a variety of disciplines – expertise that can be found in the institutions participating in the University Medicine Zurich initiative.

For example, the research group of neuropathologist Adriano Aguzzi at the UniversityHospital Zurich is supporting the project with the technology and robots needed to genetically map the antibodies. Hematologist Markus Manz, also from the UniversityHospital Zurich, specializes in the development of animal models that mirror cancer in humans. His work will allow researchers to examine the safety of the hybrid immune cells.

Meanwhile, Berend Snijder from ETH Zurich has access to state-of-the-art technologies that can be used to examine the effectiveness of the treatments in vitro. “This project brings together expertise from various fields and technological platforms,” says Beuschlein.

Thanks to the support of University Medicine Zurich, funding for the project’s first three years has been secured. However, developing individualized immunotherapies will likely take a while longer. If the project is successful, it will lead to the first cellular immunotherapies in the fight against endocrine tumors.

University Medicine Zurich is an initiative that aims to foster cooperation between the University of Zurich, ETH Zurich and the University’s hospitals in the overlapping areas of biomedical basic science, the natural sciences, engineering science, clinical research and healthcare.