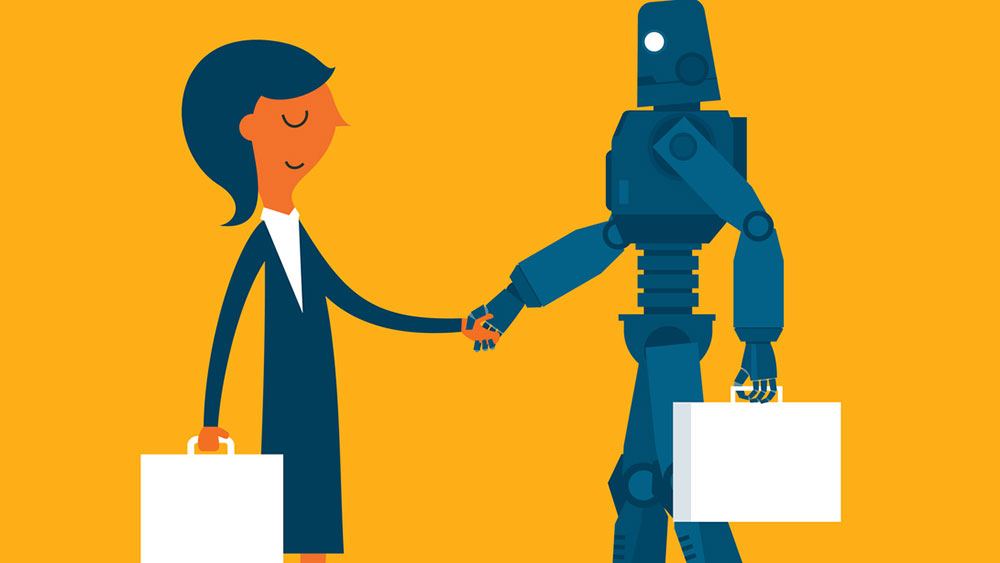 Smart Contracts
Fully automated high-frequency trading is only one of numerous examples of how digital technologies are changing the finance sector. (Image: iStock / sorbetto)

On 6 May 2010, the Dow Jones Index dropped over 1,000 points in the space of a few minutes. The biggest stock market crash within one day in the history of the US share index is today referred to as the 2010 Flash Crash. Such huge crashes that last only a few minutes are happening more frequently on the stock markets and are seen as a potential threat to the stability of stock exchanges. It is often hard to pinpoint the precise causes of these crashes. However, it is clear that an algorithm-based, fully automated trading system plays a decisive role. With automated systems, it is not a human but an algorithm that decides whether to buy or sell, and trading often takes place within milliseconds. If a chain reaction occurs like in May 2010, in which six times the average transaction volumes were traded, often the only way to stop it is to temporarily suspend trading.

Fully automated high-frequency trading is only one of numerous examples of how digital technologies are changing the finance sector. On the one hand, the use of digital technologies in the traditional financial markets is causing deep-seated changes that require new regulations. On the other, blockchain-based finance systems and products, as well as fledgling fintech companies, are challenging the existing financial institutions. Even professional economists and bankers are largely in the dark about the potential systemic impact of digitalization on the world of finance.

“We simply do not know where current digitalization processes in the finance sector will lead,” says Vladimir Petrov, who is reading for a PhD at the UZH Department of Banking and Finance. This uncertainty provided the impetus for Petrov, together with two other PhD candidates from the Faculty of Business, Economics and Informatics, Olga Briukhova and Steffen Schuldenzucker, to organize a workshop examining the effects of digitalization in the financial sector.

Algorithm-based trading makes it hard to predict future developments in the financial markets, explains Petrov. When the algorithms are programmed, the developers do try to play through all possible scenarios. But because it is not possible to anticipate every possible scenario, one never knows exactly how these programs will react in the future. In a financial industry that is becoming more and more interlinked, automated processes can boost efficiency, but on the flipside insecurity is also increased.

“That means a simple tweet could trigger a financial catastrophe,” adds Olga Briukhova. She uses tweets as an example of how developments outside of the traditional financial industry, such as the extremely rapid unfiltered dissemination of information on social media, are also changing the landscape. “When the term ‘digitalization’ is used in connection with banking and finance, many immediately think of blockchain and bitcoins,” says Briukhova. But the changes are much broader than that and many of them are already firmly anchored in our everyday lives. She mentions, by way of example, the new forms of contactless payments, or the effects of data traces that we leave behind with Google searches, internet purchases or social media. Such influences mean that the financial industry cannot be considered in isolation. The three doctoral candidates from the areas of finance, physics and informatics are therefore convinced that an interdisciplinary approach is needed.

One development that is revolutionizing the financial sector and raising many questions, says Petrov, is blockchain-based automatic contracts. These are known as “smart contracts” and are contracts that are executed automatically between two arbitrary parties. The contractual obligations also expire automatically. In a contract with a “when x, then y” structure, when event x occurs, y is automatically triggered. For example, such contracts may contain the stipulation that property – for example a house – belonging to a contracting party automatically transfers to the other party if the first party does not meet a payment deadline. In the discussion about whether and when such smart contracts can be used to reduce administrative workload, wider questions alongside the obvious ones of regulation and data security need to be considered. Digitalization in finance also has knock-on effects on society – for example on the employment market or the environment. In environmental terms, the cost of the massive energy requirements of blockchain structures is as yet unknown.

“Research questions around digital progress and its effects on the finance sector are today clearly defined and there are numerous research programs in this area,” says Petrov. At UZH, for instance, there are regular lectures and courses on the blockchain economy in the business administration program, and the UZH Blockchain Center offers a public lecture series with international guest speakers.  But Petrov believes there is still a gap to be bridged between academic research and the industry. The aim of the workshop, at which international researchers and representatives of new and traditional financial institutions such as the Swiss National Bank will give presentations, is to foster exchange between academia and industry.

A final panel discussion with researchers and business representatives from a variety of age groups is also intended to close the generational divide. The three PhD candidates’ idea is simple: With every wave of digitalization, some people thought the end of the development had been reached. If older generations explain to younger ones the earlier approaches to technological developments and their effects, it could help to properly assess the current situation and to recognize emerging developments. Over 100 registrations have already been received for the workshop, showing that it is indeed a topic of great interest and pertinence.

Workshop on the Systemic Impact of Digitalization on Finance

On 19 and 20 December, representatives from academia and industry will meet at the University of Zurich for a two-day workshop. Speakers include Albert “Pete” Kyle, professor of finance at the University of Maryland, Michael Wellman, professor of computer science and engineering at the University of Michigan, Martin Schlegel, member of the extended board of directors of the Swiss National Bank, and Richard Olsen, founder and CEO of Lykke Corp. The event is held in English and is open to the public. Registration is required at www.digifin-workshop.com.