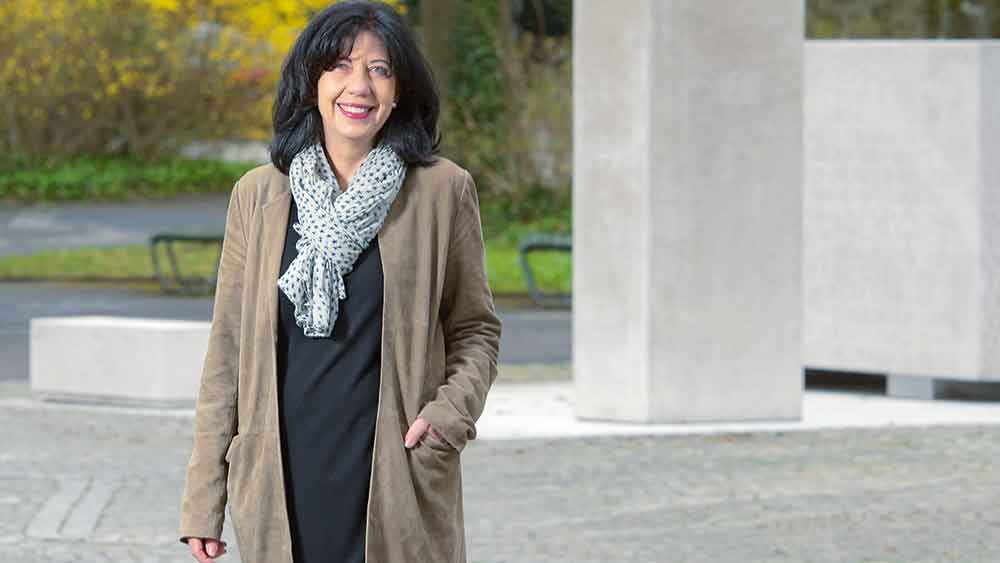 Gottfried Keller was born 200 years ago, as was politician and entrepreneur Alfred Escher. They’re the two most famous people of 19th century Zurich. What else do they have in common besides being born in the same year?

Ursula Amrein: Their relationship had many ups and downs. Both were passionately interested in politics and saw themselves as advocates of societal progress. Their lives were inextricably linked to the founding of the Swiss federal state, the first modern-day democratic republic in Europe.

Little is known about Escher’s opinion of Keller. As a canny politician, he kept his cards close to his chest. The fact is that he supported Keller on many occasions, but it’s almost impossible to tell whether he viewed him as a gifted man of letters or as a competitor in his own field.

What about the other way round? What did Keller think about Escher?

There’s an entry in Keller’s diary from 1847 where he describes Escher as an example of ancient virtue in a modern guise. Keller had great respect for the liberal founding fathers of modern-day Switzerland, and Escher was one of them. But he disliked the direction Escher took after he had come to hold the levers of power in Zurich and Bern. As a member of the National Council and the Government Council of Zurich, as a railway pioneer, as a founder of ETH and as a finance tycoon, Escher conflated the state’s goals with his own interests as an entrepreneur. He took up more and more roles and duties, and created a system of dependencies around him. This is how he achieved a degree of power that was almost impossible to control, and Keller saw this as a threat to the young republic.

Was Keller a patriot?

Yes, in the best sense of the word. He despised nationalistic arrogance, but at the same time he strongly identified with the new federal state. The 19th century was all about nation building, and in this context, the founding of the Swiss federal state was a unique experiment. Keller saw many parallels between the history of how the state came to be and his own development: At the same time as Switzerland emerged from the revolution and united as a federal state, Keller developed from an impetuous agitator into a sensible and, in his final years, very concerned citizen.

How did Keller get involved in politics in the first place?

After his career as a painter had failed to take off, Keller spent a lot of time in the company of German immigrants in Zurich, which included publishers, journalists and writers. They recognized his talent and encouraged him. 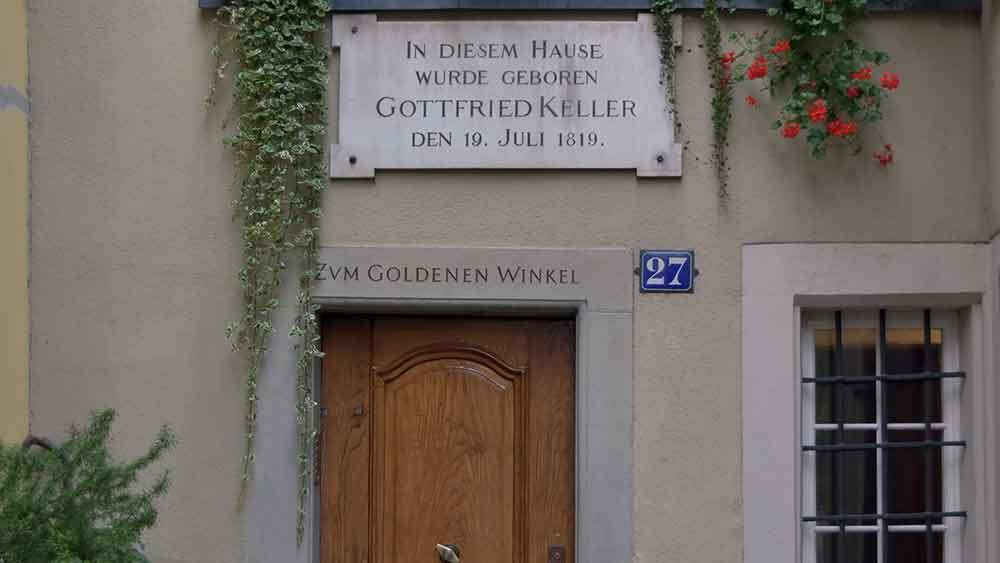 Keller is often described as the national writer of Switzerland. Is that also how he viewed himself?

No, quite the opposite. He refused to accept the label of national writer, which he was already being assigned in his lifetime. As a politician, he was only ever concerned with his immediate surroundings, with Zurich and Switzerland.

As an artist, however, he had a connection to the entire German-speaking area. The five years he spent in Berlin are among his most productive artistically. Almost all aspects of his work as an artist originated in the Prussian capital: It’s where he penned his most significant book Green Henry, it’s where he published an extended edition of his poems, and where he wrote the first volume of The People of Seldwyla. Berlin was also the place where he came up with a wealth of other ideas and plans that formed the basis for his later work, some of which were published a long time later.

Why is it that Keller’s novellas and stories have remained so vital?

Keller’s descriptions were always so vibrantly detailed and vivid. His texts are surprising in their unpredictable yet highly precise imagery. The precision of his observations and the intensity of changing moods, the humor, the irony, but also the longing and melancholy are underpinned by the awareness that we only get this one life, and that therefore every single moment counts. This is the thinking that inspired Keller’s writing, which continues to fascinate us and which hasn’t lost any of its spark.

Where does Keller’s love of the concrete and descriptive come from?

Meeting atheist philosopher Ludwig Feuerbach in Heidelberg was crucial for the way Keller viewed the world and its people. Feuerbach made Keller realize that people build their own world. Whatever people do, they always also shape their surroundings – so every little detail matters. This can explain Keller’s descriptive writing style as well as his understanding of politics. Keller once wrote that everything had to do and was connected with politics, from the leather soles of people’s shoes to the highest tiles on a roof. Such a comprehensive understanding of politics as affecting every aspect of daily life is surprisingly modern.

So Keller’s involvement in politics is more a personal philosophy than a matter of conviction?

Did his atheism also have an influence on Keller’s writing style?

Atheism heightened Keller’s appreciation for the everyday world. After meeting Feuerbach, Keller was worried about whether renouncing faith would make life more prosaic and colder. He was relieved to find that the opposite was actually true. What’s remarkable is that his departure from God didn’t lead to an abstract, empty world, but a fulfilled one. Keller was extreme in his focus on earthly matters and still managed to transport us with his poetry. He was a great pragmatist, but at the same time – and this is what makes him such an important figure – he was also a gifted dreamer with an imagination that could hardly be contained. The lecture series at UZH therefore first focuses on Keller’s work as a poet and kicks off with a lecture about Keller and dreams.

Gottfried Keller was born on 19 July 1819 in a house on Neumarkt in Zurich.  With its lecture series, the University of Zurich is celebrating the 200th anniversary of his birthday.  Renowned scholars will present the outstanding writer from a variety of perspectives. They’ll show Keller as a unique storyteller, focus on texts from his estate, explore his dreams and phantasies, retrace his footsteps as a painter, discuss his theater projects and review his work as a politician. Further topics include films and other adaptations, which provide insights into the diversity of interpretations his work has inspired.

The lecture series was organized by literary studies scholar Ursula Amrein in cooperation with the UZH Interdisciplinary Commission. Ursula Keller has written several publications on Gottfried Keller. Her 2016 book Gottfried Keller-Handbuch quickly came to be viewed as the authoritative textbook on Keller and has now been published in an expanded and illustrated new edition in time for this year’s anniversary.