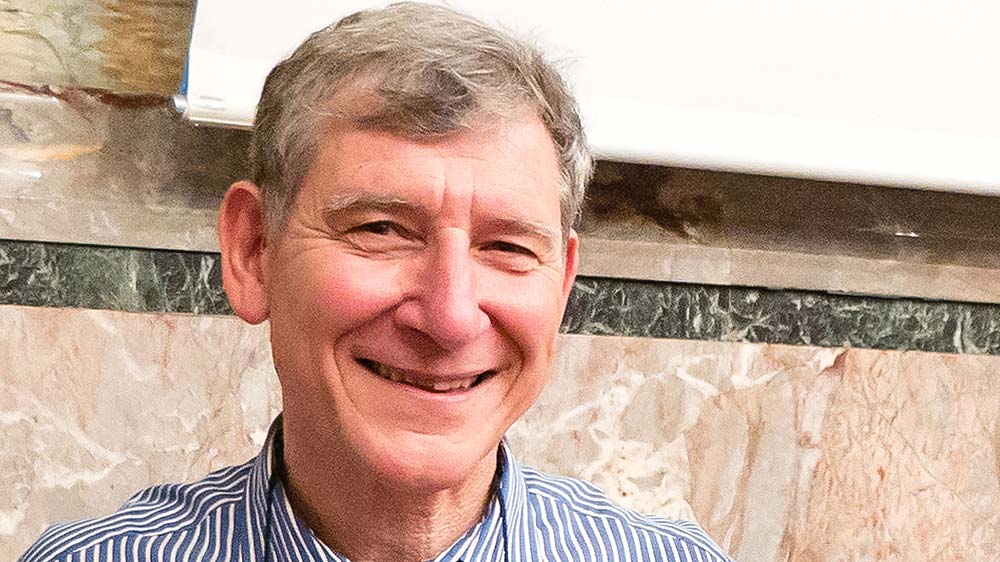 The “forest maker,” as the media like to call him, isn’t exactly a showman. Tony Rinaudo, an Australian agronomist and devout Christian, looks rather out of place as he takes the podium before a packed house in the University of Zurich’s main lecture hall. The 61-year-old, who was just awarded an “alternative Nobel Prize”, fumbles with the microphone, forgets his opening lines for a moment, and then starts off by profusely thanking his wife. Yet even though he seems so shy and unassuming, or perhaps precisely because of that, Rinaudo captivates his audience right from the first second.

Fluke discovery just before throwing in the towel

What Rinaudo has to report is another thing that keeps his audience glued to every word of his lecture, because what he has to say sounds like a full-fledged miracle. For Rinaudo has succeeded – first in Niger and later in other arid regions of Africa – in growing a total of more than 200 million trees without having planted a single one of them. Instead of planting seeds or saplings, countless farmers have used a method developed by the “tree whisperer” to raise millions of new trees from the stumps and underground root networks of former trees that survived in ground left desolate by forest clearing.

Rinaudo discovered this “underground forest” in Niger in the 1980s. In his lecture, he describes how after two-and-a-half years of futile tree-planting efforts there and on the verge of giving up on the enterprise, a scrubby shrub caught his eye during a stop in the Sahel and he decided to take a closer look at it. He discovered that it wasn’t a shrub at all; it was actually a tree just waiting for a chance to finally regrow properly.

Reforesting with knives and fences

“The solution was right beneath our feet the whole time,” Rinaudo says, evidently still flabbergasted. “We simply didn’t see it.” It turned out that the remains of trees concealed beneath the soil form a kind of “locked-up” forest. They are capable, though, of regrowing into trees by regenerating new shoots.

But they need some help from humans to do that. Rinaudo’s trick is to prune away most of the shrubby shoots and to leave only solitary stems that then grow back into trees. “Winegrowers do something very similar to their grapevines,” the agronomist explains.

Rinaudo says that all his method requires is a knife and fences to protect the saplings from hungry herbivores. Additional water and fertilizer are unnecessary, he adds. “It’s as simple as that,” Rinaudo sums up, joking that he hopes his award won’t be revoked now.

Although the method is simple and easy to implement, gaining widespread acceptance has been more difficult. Rinaudo spends the bulk of his time trying to win people – especially farmers – over to his idea because farmers play the crucial role in his method, which has since acquired the somewhat clunky name Farmer-Managed Natural Regeneration (FMNR).

Farmers cultivate the land. It’s they who decide what to grow there, and they’re the ones who have to invest labor and time to achieve a longer-term goal. But it’s not so easy to motivate them to raise trees, Rinaudo explains, because people whose harvests are so meager that many of them live hand to mouth aren’t accustomed to thinking in longer time frames. It often helps to ask the question: “What future do you want your children to have?”

Another problem, Rinaudo adds, is that farmers perceive trees merely as being weeds that compete with their crops and that the bushes, which are sparsely scattered anyhow, are primarily viewed as firewood or feedstock for charcoal production and not as a vital component of a livable ecosystem. A change of mindset and behavior is needed, Rinaudo explains.

Willingness to undertake such change evidently soars when a look by example at farmers who already practice FMNR makes it obvious to others that trees really do exert beneficial effects – that trees protect soil and crops from wind and the sun, that falling foliage enriches soil fertility and, above all, that trees hold moisture in the soil and even raise the groundwater table. Rinaudo asserts that with the help of trees alone on their crop fields, farmers can double their harvest yields and better withstand droughts.

FMNR, in the meantime, has worked so successfully in Niger that farmers there who were once reliant on food aid now have surplus crops they can sell. “That restores dignity and hope to people’s lives,” Rinaudo says. And one notices just how important that is to him. He stresses that it’s these people, who rank among the poorest of the world’s poor, who have done tremendous work in reforesting vast swaths of land.

By the end of the lecture it becomes clear that the idea behind FMNR doesn’t just sound good, but also works magnificently. The before-and-after pictures that Rinaudo projects on the wall clearly show how vibrantly the tree population has increased. When Rinaudo first arrived in Niger in the 1980s, there were approximately four trees per hectare. Today that number is 45 per hectare. And the icing on the cake is that FMNR is unbeatably inexpensive. Where tree planting, which generally fails to work anyway, devours 800 U.S. dollars per hectare, reforesting a hectare through FMNR costs just two dollars.

Rinaudo wants to continue to employ the FMNR method in a number of different areas in Africa and to export it to other continents. Rinaudo is committed to trees, but sees FMNR as being mainly about people. He calls the FMNR method a “people’s movement” aimed in part at restoring hope. “Why not?” he asks the audience. “Why not work together and regreen the world?” And it almost seems as if his listeners in the lecture hall are ready to get started with that right away. In any case, Rinaudo reaps a standing ovation. So he mustn’t be completely lacking in showmanship after all.