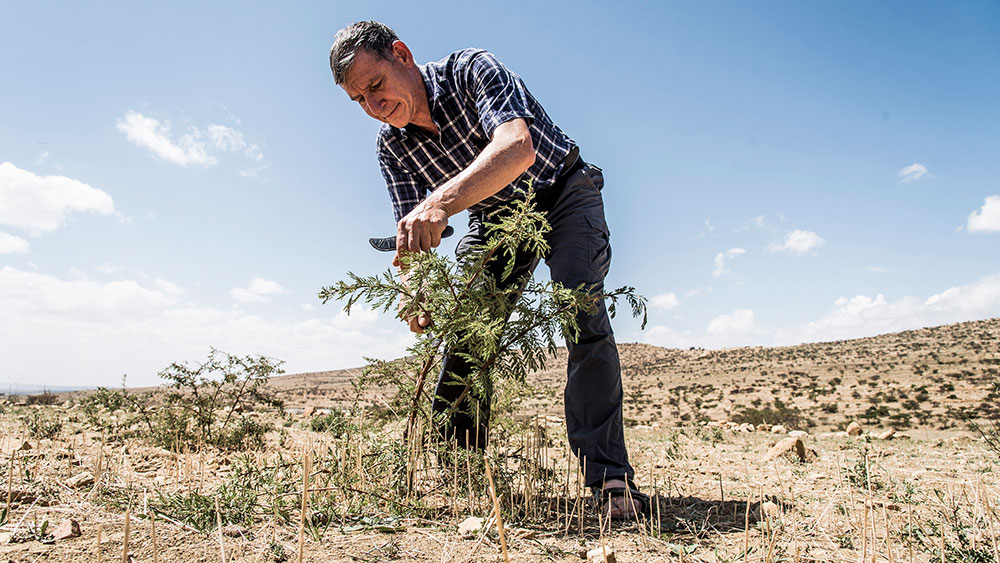 One of the 2018 winners is Australian agronomist Tony Rinaudo, known as “the forest maker”, who will be giving a lecture at UZH in November. He developed a simple and quick method of reforestation which enables trees to grow even in barren landscapes without requiring much financial outlay. The basic idea consists of growing trees from underground root systems which are often still intact. If farmers prune and protect the existing plants in the right way, using simple methods instead of removing them, new forests start to grow.

Rinaudo’s natural regeneration method has restored 50,000 km2 of land with over 200 million trees in Niger alone. The method has the potential to restore degraded drylands worldwide with a combined area the size of India.

Klaus Jonas, Dean of the Faculty of Arts and Social Sciences, has congratulated the prize winner for his outstanding research and his contribution to sustainable reforestation and is looking forward to Rinaudo’s visit to the University of Zurich to give the Right Livelihood Lecture on 28 November 2018.

In addition to the honor for Rinaudo, two other cash prizes were awarded: Abdullah Al-Hamid, Mohammad Fahad al-Qahtani and Waleed Abu al-Khair received the prize “for their visionary and courageous efforts, guided by universal human rights principles, to reform the totalitarian political system in Saudi Arabia.” The joint prize winners are all currently in jail in Saudi Arabia.

Yacouba Sawadogo of Burkina Faso was also awarded the prize “for turning barren land into forest and demonstrating how farmers can regenerate their soil with innovative use of indigenous and local knowledge.”