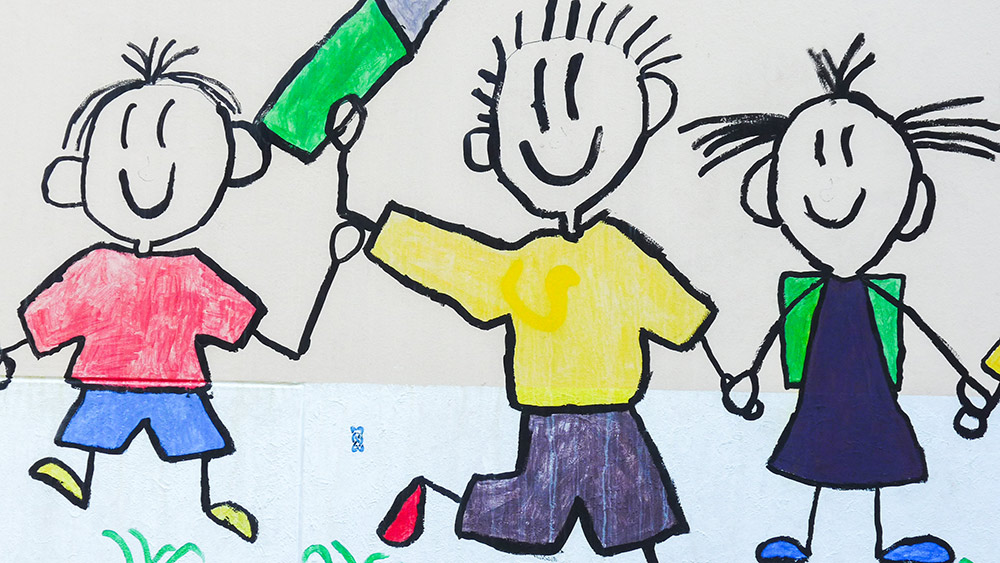 When it comes to equal opportunities in education, Switzerland is far from being a model student. In comparison to Scandinavian countries, the number of young Swiss people from families with a lower level of education who manage to get a university degree is pretty low. Their chances, in fact, are four times lower than for children from a highly educated family. The proportion of university students from lower educational backgrounds is six percent, which is extremely low, say Reto Föllmi and Isabel Martinez in their study into the development of income and wealth in Switzerland, which was commissioned by the UBS Center of Economics in Society at UZH. The authors found that Switzerland has relatively few social climbers. The reason, they believe, is the country’s comparatively low educational mobility.

The influence of the family

Sociologist Joël Berger is one of the happy few who made it into higher education despite the fact that no-one else in his family had ever done so before. If things had gone the way his parents planned, Berger would have done an apprenticeship as they had instead of going to the gymnasium (selective upper secondary school). It was thanks to a friend’s parents who were involved in helping talented school students that he took a different path. Now one of Berger’s research interests at the UZH Institute of Sociology is inequality in education. His interest in this topic stems in no small part from his own upbringing, he says.

There are a number of reasons why opportunities in education are so inequitably distributed. The family has a big influence, by providing more or less encouragement, and a social environment in which reading and discussion is the norm and the children are supported with their homework – or not. But it is not just this cultural capital, as sociologist Pierre Bourdieu called it, that determines how successful a child’s school career will be.

“In the Swiss education system, the hurdles that have to be overcome make it difficult for children from families with lower levels of education to get into the gymnasium,” says Katharina Maag Merki, “even if they are as capable as their peers from better educated families.” Maag Merki is professor of theoretical and empirical studies of educational processes in schools and researches the reasons behind unequal opportunities in the school system. She is particularly interested in the question of whether schools reduce or increase inequality. “I want to find out whether schools are part of the problem or part of the solution,” she says. “Can they have a compensatory effect or do they increase social segregation?” Her research thus far suggests that they do both.

One of the hurdles, according to both education expert Maag Merki and sociologist Joël Berger, is the selection process that takes place after six years of primary school. The school students are then streamed according to their performance into different levels – in the Canton of Zurich into secondary school stream A, B, C, or gymnasium. Both Maag Merki and Berger argue that this selection process happens too early in Switzerland, and that streaming after six years of schooling increases inequalities in the education system.

This is because the division into different levels sets pupils decisively on a particular educational track towards vocational training or higher education, from which most do not then deviate. “In principle, the Swiss education system is flexible and we assume that it’s always possible to get further qualifications later on,” says Katharina Maag Merki, “but that’s just in theory.” Research into educational pathways shows rather that the post-primary selection process is pivotal for people’s later careers. Mobility between the levels is therefore far less common than would be possible in the education system. “This means we are losing a lot of potential,” says the researcher.

Alongside performance, social factors also play an important role in determining the track on which school students will be set. For parents from less-privileged backgrounds, the decision to try for gymnasium after the sixth grade is associated with risks that are difficult to gage. There are higher costs involved, the children stay at home for longer, and it takes longer for them to become independent and earn their own money. On top of that, it is not certain whether the children will be able to keep up with the requirements at the gymnasium. “If it doesn’t work out, from the parents’ point of view you’re worse off than before,” says Joël Berger, “you’ve lost time and money.”

Another factor is that in general, parents from all social strata want their children to maintain the same status and standard of living that they themselves reached. No less, but often no more either. If the father is a carpenter, according to this way of thinking, his child does not require a high level of education in order to reach the same status. For these reasons, many less-privileged parents decide against the gymnasium even if their son or daughter has the potential for it.

The situation would be different if selection for the higher school grades took place later, for example after nine years of schooling. In a behavioral experiment, Joël Berger was able to demonstrate that parents from less-privileged backgrounds would estimate the risks to be lower and would be more likely to have a positive view if the selection process were to take place later. His results confirmed an assumption that has long been widespread in educational theory.

“If parents are faced with the decision for or against the gymnasium at a later point, they are less likely to make a decision that is influenced by their social status,” says Joël Berger. They have more information available about their child's school performance and are better able to assess whether their child will be able to cope with the high demands. In addition, the school students themselves are more independent and can have more say in the decision than at the end of primary school: They are no longer so strongly influenced by the parents and are more attached to school friends who may also be aiming for higher education.

Maag Merki thinks that the selective Swiss school system is problematic not just from the point of view of the parents, but also for the teachers. When it is time to move from primary to secondary school, the teachers have to assess the children’s abilities and at the same time consider whether they are better suited to secondary school stream A or B or to the gymnasium. Social bias then often comes into play. “Children from families with lower levels of education are often unconsciously given less generous grades than others,” says Maag Merki. And teachers often advise them against going to the gymnasium because they assume that the families won’t be able to give them enough support during the trial period and afterwards.

These socially influenced judgments and recommendations would be less likely if the teachers didn’t have to segregate the children after only six years. “I sometimes have the impression that teachers are there to pigeonhole the children,” says Katharina Maag Merki. “If they can avoid that, then they can really see where the children stand and how they can be encouraged.” To make it more of a level playing field, Maag Merki believes that the Swiss school system needs fundamental reform.

Instead of selection, says the education expert, schools should be concentrating more on encouraging students to achieve their potential. Because at the end of the day, education should be about children acquiring knowledge and skills and not about putting them in a pigeonhole. The focus should therefore be placed more on learning processes and aims and less on selection, suggests Katharina Maag Merki.

That would be possible with flexible classes, in which students were split into groups of differing levels for individual subjects. The system could be modeled on the comprehensive school system in Scandinavia, where school pathways do not diverge until after nine years of schooling. “The later selection takes place, the more mature the young people are and the more opportunity they have to develop their potential in various subjects,” says Maag Merki.

That makes for a firmer foundation from which to make the decision about their future paths. “It is then based more on subject strengths than on social factors,” says the education researcher. That is important for the individuals concerned, but also for society as a whole, believes Maag Merki.

Lack of discussion about reform

In contrast to Germany, in Switzerland there is barely any discussion about such reforms. “That’s why we need to try to do our best within the current system to increase equal opportunities in education,” says Katharina Maag Merki. The Zurich-based project “Future Kids”, for example, provides additional learning support and homework help for schoolchildren from families with a lower level of education. Another possibility would be to provide more help to potential gymnasium students in preparing for the entrance examination and providing support during the trial period.

The parents of primary school children also need to be better informed about the opportunities that a higher level of education provides and their children’s potential, and should receive advice when deciding for or against the gymnasium, says sociologist Joël Berger. Berger and Maag Merki also agree that the relatively fixed quota of students gaining the Matura certificate in Switzerland (around 20 to 25 percent) should be made more flexible in order to reduce the pressure of selection.

There are also ways to combat the social bias in assessing school students. It is important that primary school teachers get together to reflect on and discuss their individual assessments, says Katharina Maag Merki. That would reduce the risk that their assessment is unconsciously influenced by social stereotypes.

Finally, the contingent factors in the education system which increase inequality must be eliminated as much as possible, says Joël Berger. If Switzerland wants to increase the quota of university students from families with lower educational backgrounds and thereby increase equal opportunities, it still has a long way to go. Educational opportunities will never be fully equal. But maybe they could be a bit less unequal.