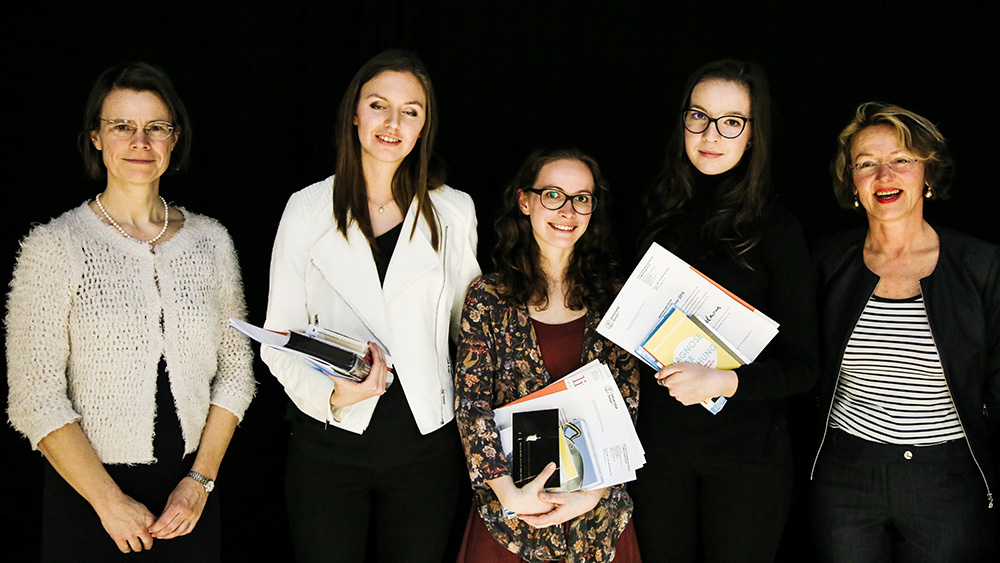 What was the meaning of his call – did he want to survive or not? In her essay, medical student Selina Steiger explored the ethical questions surrounding the case, which she had first read about in press reports. Last week, her excellent composition saw her awarded the first-ever Premio Pusterla Junior, a new award jointly funded by Ticinese doctor and breast cancer specialist Edio Pusterla and the UZH alumni association.

It may seem early days for a first-year medic to be concerning herself with complex ethical problems – but that is in fact the precise aim of the first-semester compulsory module “Introduction to Ethics in Medicine”. Course leader Nikola Biller-Andorno is professor of biomedical ethics at the University of Zurich. Ten years ago, she decided not to use a multiple choice test for the end-of-course assessment, but to ask the students to write essays on ethical issues. It makes sense to have this course in the very first semester: “At the beginning of their studies, students are still particularly attuned to the patient experience. This ability to look at things from another perspective is one that students need to take with them when they become practicing physicians,” says Biller-Andorno.

In previous years, Biller-Andorno had found that the students on her course produced many very well written texts and she decided it would be a good idea to make them accessible to a wider public. “I also think it’s useful to have an award for medical ethics in addition to the awards that exist for clinical medicine and basic research,” says Biller-Andorno. Hildegard Keller, UZH professor of German literature and critic on SRF’s Literaturklub, was also involved in drawing up the concept for the essay competition and provided the students with support and coaching in writing skills. 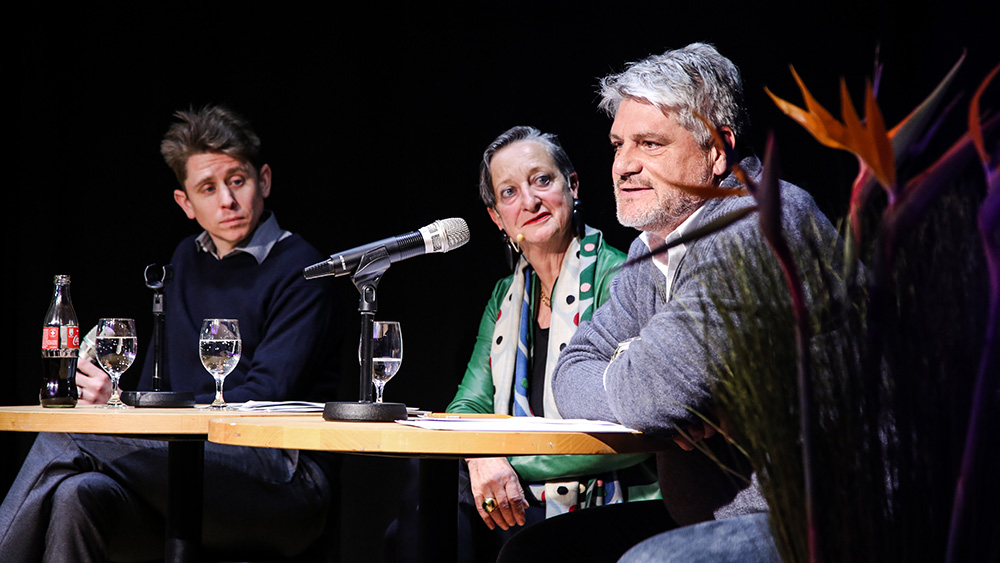 Jury
The jurors assessed both the ethical argumentation and the literary quality of the texts. Pictured from left to right: Michael Fehr, Brida von Castelberg, and Raoul Schrott. (Picture: Giovanni Spitale)

There were 55 entries, with topics ranging from assisted dying to the participation of medical professionals in the deportation of asylum seekers. On Wednesday, the three finalists Gioia Epprecht, Andrina Singelmann, and Selina Steiger presented their texts at a public event. Gioia Epprecht’s essay examined the tragic experiences of a female migrant in hospital, while Andrina Singelmann wrote about a young anorexic who was force-fed.

The jurors read the essays with a critical eye, taking into account both the soundness of the ethical argumentation and their literary qualities – with Raoul Schrott being particularly critical on this aspect. In the end, the jury were anything but unanimous – the three finalists all received one vote each, meaning it was down to the audience to take a deciding vote. Selina Steiger’s essay “A Knife, a Fire, and a Lot of Open Questions – Ethical Conflicts and Their Consequences” gained the most votes, making her the first-ever Premio Pusterlo Junior winner.

Jury member Michael Fehr had also voted for Selina Steiger’s text. He praised the author’s credible exploration of the ethics surrounding the case.  He also admired the fact that the budding physician allowed herself to admit that she felt overwhelmed: “That is part of an honest human existence.”

The winning essay will be published in the Schweizerische Ärztezeitung and in Literatur Monat, and the award comes with prize money of 1,000 Swiss francs. The three finalists’ essays will also be published online on the website of the Institute of Biomedical Ethics and History of Medicine.