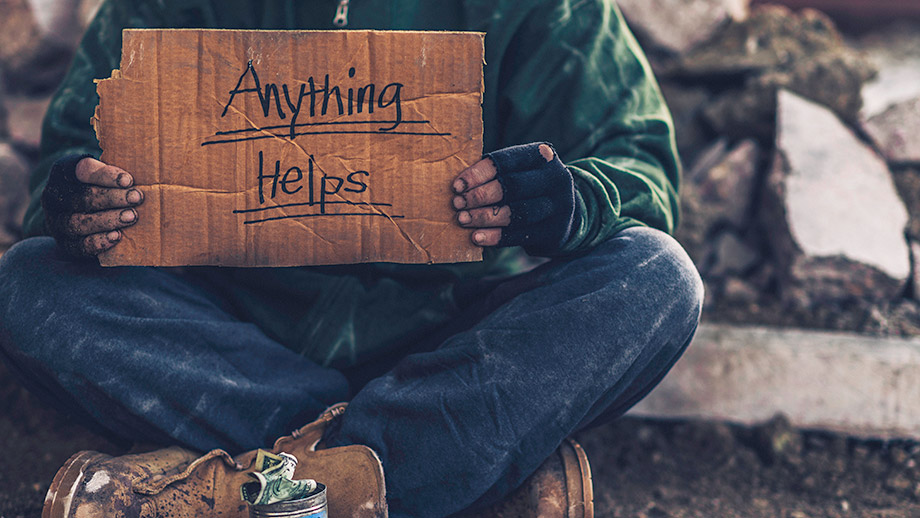 In the last issue of the UZH Magazin we ran an article called “Out of the Poverty Trap by Text Message”, describing the work of UZH economist Guilherme Lichand. Lichand’s research looked into the effect that nudging parents can have on the school performance of children in Brazil. In his study, parents were sent a text message twice a week reminding them of the importance of school attendance. The success of this use of text messages to catch parents’ attention is phenomenal: The number of children needing to repeat a school year reduced by a third, and the children were three months further ahead with their schoolwork by the end of the year. Christian Berndt, professor of economic geography, doesn’t deny that such interventions can have positive effects; however, he criticizes them as being “short-sighted”. For Berndt, this form of solving problems based on behavioral economic theories is fundamentally problematic.

Christian Berndt: You criticize the type of research into behavioral economics coupled with very specific interventions being done by Guilherme Lichand in Brazil and other places as “short-sighted”. Why is that?

Christian Berndt: The opening line of the UZH Magazin article, “Poverty makes people stupid,” is provocative. When we at the Department of Geography read that we thought, we can’t let that drop. In my view, the approach to the topic of poverty and school taken by Guilherme Lichand does not get close enough to people and their needs. By that I mean that people, who are the targets of the intervention, are treated like participants in a clinical trial. What is lacking for me is the context – we know little about these people and their needs, and that also doesn’t seem to be of interest. On the other hand, the study is also too narrow, restricted as it is to these very direct interventions of sending text messages to parents.

Guilherme Lichand: How do you react to this criticism?Guilherme Lichand: I agree that our intervention only targets a very small part of the problem by trying to get parents to pay attention to their children’s school attendance. We are trying to effect change in a manageable way and thereby help people. I know that what we’re doing will not on its own be enough to solve the problem of poverty. But we also see that small measures such as the text messages that we have introduced in Brazil have caused the number of children repeating a year to fall by a third, which is considerable. To me, that means: No, we can’t solve all the problems, but we can still make progress in small areas. For that reason, interventions like these are positive and useful in my opinion.

Berndt: Another problem we have with this type of research is that the categories of “rich” and “poor” are one-dimensional. Poverty is a problem with many aspects, just as people’s behavior has different dimensions. We would therefore be wary of saying that rich people think in a certain way and poor people in another. It’s too reductionist. Even if I agree that it helps to give people a nudge – I do that for myself every day with post-it notes – I am of the opinion that you should find out more about people before interfering in this way. I believe this method is too simplistic.

But it obviously works.

Berndt: I don’t dispute that it may work. The methods used in behavioral economics such as nudging or priming (controlling perception and thoughts by targeted setting of incentives) are very successful and have become unquestioned standards in certain academic disciplines. But their effect is like a broad-spectrum antibiotic – they are used in the same way for all possible problems. They can work, but they can also cause damage.

Berndt: It’s like replacing one evil with another. Such interventions try to solve the problems caused by the system by using the system. But by trying to get people to function better in a failing system, we are strengthening the system instead of changing it. The basic problem of poverty is not tackled. Poverty in Brazil and other places is a consequence of deep-seated social breakdown, which in turn is closely related to global capitalism.

Guilherme Lichand, wouldn’t it be better to change the dysfunctional system that creates and perpetuates poverty rather than training people in a Pavlovian manner to function better within it?

Lichand: That’s a provocative notion. We know that nudges can also have damaging effects, in our case for example if the parents hit their children when they find out they skipped school. That’s why we tried to keep the messages to the parents as neutral and factual as possible.

Berndt: Were you interested in why the children were skipping school?

Lichand: We didn’t try to understand more clearly why the children weren’t going to school. Our starting point was the realization that some children frequently failed to attend school, and we reflected on what we could do to improve that. We thought that maybe we could help by raising the parents’ awareness of the problem. We are now trying the same on the Ivory Coast, where everyone assumes it won’t work because the teachers also often don’t turn up and therefore it makes little sense to try to get the parents to send their kids to school.

Berndt: The developmental economist Esther Duflo researched the absences of teachers in India in her study “Getting Teachers to Come to School”. In the end the following behavioral solution was proposed: The teachers had to provide a photograph of themselves with the children to prove that they had been to work. The proven presence triggered the salary payment. As far as I know, no one in this study asked why the teachers were not coming to school either. Is it because they have several jobs? Because they don’t earn enough? Because they’re “lazy”? Their commute is too dangerous? I don’t know. I imagine that these things are relatively complicated. That’s why I would be cautious of this approach. India, the Ivory Coast, Brazil – always taking the same approach in totally different contexts is problematic in our view.

Guilherme Lichand, Christian Berndt says that behavioral economics with interventions like yours or Esther Duflo’s do not tackle the problem as a whole.

Lichand: We concentrated on a narrowly defined problem in order to find answers to very basic questions such as the connection between attention and poverty. As we were able to show, poverty has psychological consequences that influence important decisions such as investment in the human capital of children. When parents make the wrong decision here, the family’s poverty persists. Simple interventions to change that can help families climb out of poverty. We hope that by solving lots of small problems, we can make a contribution to getting a better handle on the bigger challenges of poverty.

Berndt: What we haven’t discussed yet is the fact that the problem of poverty is being approached from an old-fashioned Euro-American perspective. We know what progress means and what is and isn’t good for people. That’s basically an old colonial position and in my view also dangerous.

Berndt: It’s based on the assumption that some people (the well-off) behave more sensibly (more rationally) than others (the poor) and that the irrational ones need to be helped with manipulation like nudging and priming. If we knew that we were being nudged and primed just like the people in these experiments, how would we react?

Berndt: We’d probably get angry. I think everyone wants the best. But it worries me that we’re making people do something without asking them if they really want it. If, for example, small farmers are persuaded to follow a certain production model that is seen as more advanced, they become dependent on the agriculture industry, the supermarket chains and consumer trends, but at the end of the day they alone have to bear the associated risks.

Lichand: We go to these places and of course we have our preconceptions and prejudices. But we work together with local organizations who know the relationships and want to help the people involved. Of course they also have prejudices, and that’s also partly true of the sponsors. So yes, it’s an imperialistic view, if you want to put it like that.

Christian Berndt, you say that people are made to do something that they perhaps wouldn’t have done if they could choose.
What would you do differently?

Berndt: Guilherme Lichand’s work is more practical than ours. In my opinion you should first thoroughly analyze the problems before intervening. For example, I have been working on a project for four years looking at what the spread of soy production in Argentina means for the rural population and its consequences. I’m trying to stimulate ideas about what should be changed.

Is that enough? How do you transfer that to policy?

Berndt: We don’t do it in a direct way like Guilherme Lichand, but by initiating a public debate about the problems, we can also have a certain effect.

Mr Lichand: Do you reflect too little on what you are doing?

Lichand: It’s a question of how you define yourself: Esther Duflo describes economists as plumbers. Plumbers have to know a lot about the system that they want to fix. That’s also true for us: We try to intervene directly, but we also first inform ourselves intensively about the local situation. On the Ivory Coast, it took a year and a half to prepare the introduction of the nudging system even though it was basically the same idea as in Brazil. But of course: It’s like looking at the problems through a microscope rather than a telescope.

Berndt: You’re in the engine room of the world, flicking different switches to see what happens. It might work. But the difficulty I have with that is that our economic system has intrinsic weaknesses if you look at its social and environmental consequences. These fundamental problems cannot be solved with isolated interventions. Climate change, for example, is a consequence of how we live, work and consume. That’s not going to be changed by tightening up a loose screw.

Shouldn’t we do both: Try to change what is fundamentally wrong, and at the same time use targeted interventions to try to make improvements in certain areas such as education?

Lichand: We can see that various academics from different disciplines are working on the same problems. It’s important that the problems are approached from different perspectives. We believe that all of that together helps us to find solutions.

Berndt: If we want to solve the problems, things need to change – on that we are agreed. Guilherme Lichand prefers to make reforms in small steps, whereas I think we should be bolder and more demanding and not allow ourselves to be satisfied with making individual aspects work a little bit better.

The professor of economic geography at UZH researches global commodity markets and supply chains, market-based social politics, and alternative economies as part of the research program “Geographies of Marketization”.

The professor at the UZH Department of Economics and head of research at the Center for Child Well-Being and Development investigates, among other things, how poverty influences decision-making. In 2014, he was named by MIT’s science magazine Technology Review as the most important social innovator under 35 in Brazil.
guilherme.lichand@econ.uzh.ch