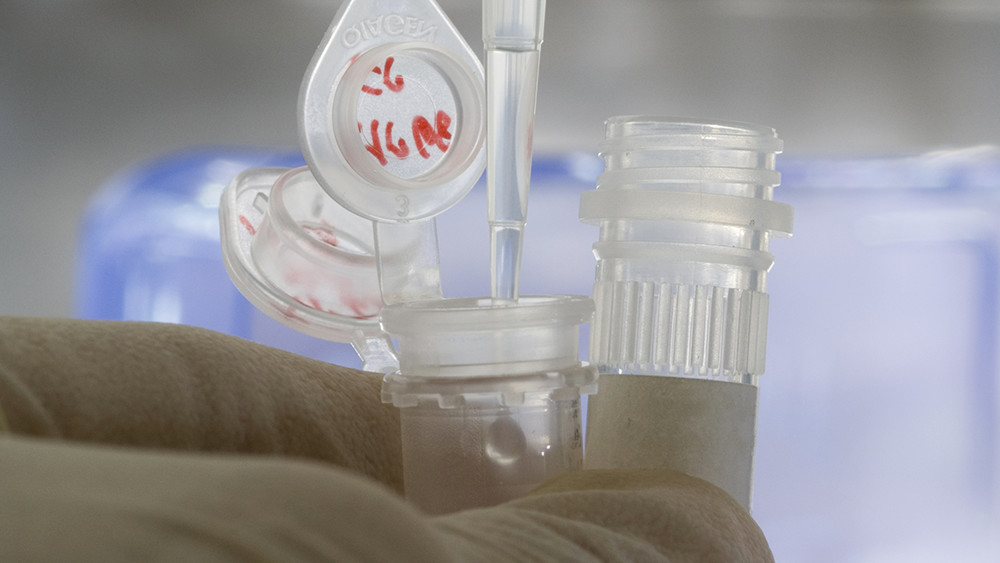 The Pfizer Research Award Foundation has handed out its prestigious awards, worth a total of 165,000 Swiss francs, to scientists for the 27th year running. Eighteen researchers were chosen for their excellent scientific work at Swiss research institutions or hospitals. Seven of the award winners work at the University of Zurich or the University’s hospitals. You can read about their research projects below.

How vessels develop in the brain

Despite considerable research, it’s still not known today which cellular and molecular mechanisms influence the development of vessels in the central nervous system. As a consequence, growth of these vessels cannot yet be affected therapeutically. The research of Thomas Wälchli from the Institute of Regenerative Medicine and his colleagues aimed to describe the effect of the nogo-A inhibitor on the development of blood vessels. The team of researchers was able to demonstrate that nogo-A inhibitors have an inhibiting effect on the growth of capillary vessels and the development of capillary vessel networks. These findings are important for future research into diseases such as brain tumors, vascular malformations, and strokes.

People with post-traumatic stress disorder relive traumatic events through painful memories that can occur at random. UZH psychiatrist Dominik Bach and his research group investigated a new approach to treating these traumatic memories. The researchers believe that the antibiotic doxycycline can influence the proteins that are necessary for forming memories. In their clinical study, the research group succeeded in showing that doxycycline was indeed able to weaken the formation of unpleasant memories in healthy humans. Based on these findings, doxycycline can now be tested regarding its ability to also weaken existing memories and its suitability for use in treating post-traumatic stress disorder.

Interleukin-2 immunotherapy is used to treat metastasizing tumors of the skin and kidney. Unfortunately, it is only effective for some patients and causes severe side effects.

Natalia Arenas-Ramirez, Onur Boyman, and their colleagues from the Department of Immunology of the UniversityHospital Zurich set out to improve this immunotherapy. They thus developed the NARA1 antibody, which is able to strongly stimulate the immune cells fighting the tumor while still causing fewer side effects. The next aim is to perform clinical research on the antibody.

Acute lymphoblastic leukemia (ALL) is the most common type of childhood cancer. When treating ALL with chemotherapy, resistance to drugs and relapses present great challenges. The research performed by Scott McComb, Júlia Aguadé Gorgorió, and their colleagues from the University Children’s Hospital Zurich aims to find new drugs that can kill off resistant leukemia cells.

The team identified a new class of drugs known as SMAC mimetics, which are able to kill off highly resistant leukemia cells. Their research also revealed that genetic cell-death programs can be activated by SMAC mimetics. These findings show that drug screening can help identify new forms of therapy.

The aim of Caroline Roduit’s research group at the University Children’s Hospital Zurich was to better understand the development of atopic dermatitis (formerly neurodermatitis) in children. To this end the researchers analyzed data from a birth cohort from five European countries (Austria, Finland, France, Germany, and Switzerland), and they discovered three distinct phenotypes of the disease. In two phenotypes, the onset of atopic dermatitis is within the first two years of life, with the symptoms disappearing in one of the types while persisting in the other.  With the third phenotype of atopic dermatitis, the disease occurs after the age of two. Caroline Roduit and her team were able to show that children with an early-persistent phenotype of atopic dermatitis should be given special attention in terms of allergy prevention, since this group was most at risk of also developing respiratory and food allergies.

The Pfizer Research Award has been awarded annually since 1992 for basic and clinical research in the field of medicine that is performed in full or primarily in Switzerland.