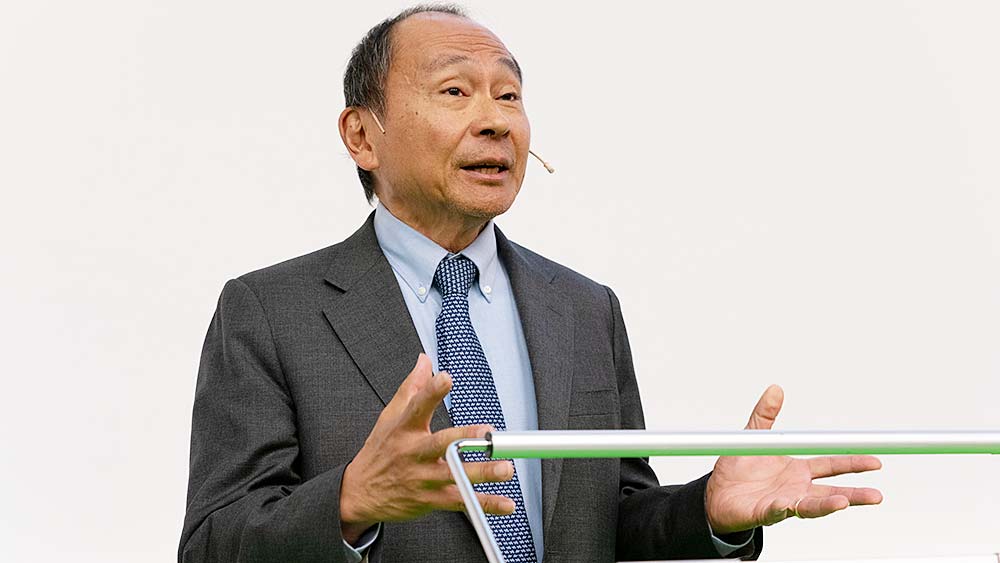 The beacon of liberal democracy no longer shines as brightly around the world as it once did. Why this is so and what can be done about it was the subject of a lecture given by Francis Fukuyama at the invitation of the Swiss Institute of International Studies at the University of Zurich. A large audience packed the lecture hall.

In 1992, shortly after the collapse of the Soviet Empire, Francis Fukuyama wrote a cutting-edge book entitled The End of History and the Last Man. At that time, he wrote that the contest between the varying social systems had been decided.

However, while the number of democratic nations did indeed rise from 35 to over 110 between 1970 and 2010, this was then followed by an unexpected paradigm shift: Mistrust in the institutions of liberal democracies and the elite grew, while populists and autocrats gained favor. And – to the surprise of many – China, the largest country in the world, made no attempt to democratize itself despite its rapid rise in prosperity. Evidently, it wasn’t the end of history after all.

Besides generally recognized economic causes, another reason for the liberal democracies’ weak status today is a greatly underestimated cultural dimension, Fukuyama explained. Not everyone had benefited equally from the blessings of the globalized economy and technological advances. The mass disappearance of industrial jobs had hit white workers in the Western world not only financially but also in terms of their dignity and self-esteem, and the social democratic parties in Europe and the Democratic Party in the USA had not given the latter enough recognition. As a result, the left-wing parties had alienated themselves from their electoral base. How did this come about?

As one reason, Fukuyama cited the general trend towards identity politics that has affected both the left and the right sides of the political spectrum. In the struggle fought by the underprivileged for recognition, the focus has shifted. “In the past, people campaigned for the universal rights of each individual, but today it is about recognizing individuals as members of a particular group,” Fukuyama said. In response to society’s increased diversity, left-wing parties have been concentrating heavily on protecting micro-communities defined along religious, cultural, and ethnic lines. The losers of globalization thus turned to right-wing populists who confirmed to them that they no longer felt respected in their own country.

Fukuyama’s diagnosis of the problem is the lack of any global democratic institutions. Although the EU is surprisingly successful in some respects, it has not succeeded in replacing the national consciousness of individual countries with a post-national European identity. There is therefore no alternative but to develop identities within the nation states that are reconcilable with globalization and social diversity. But populist movements don’t share this understanding. Based on Fukuyama’s definition, populism seeks short-term economic success at the expense of sustainable development, undermines trust in democratic institutions, and uses the term “people” to infer exclusion.

Multiculturalism is at a dead end

In his speech at UZH, Fukuyama argued not only against right-wing populism but also against what he called an “ideological form of multiculturalism”. In modern society, cultural identity is not the most effective way to bind people. “It cannot work if, in liberal democracies, the democratic model itself is seen as only one cultural variant among many, and therefore becomes relative,” he said. All social groups must be required to adapt to common framework conditions.

“Modern societies must develop an identity that can deal with high levels of diversity,” Fukuyama concluded. This requires a rational return to universal values. We must aim to achieve a civic identity based on a commitment to democratic institutions, to the rule of law, and to equal rights for all. Europe’s national identities, which are deeply rooted in history, must become more accessible so that people who are not familiar with those ancient cultural traditions can also benefit.