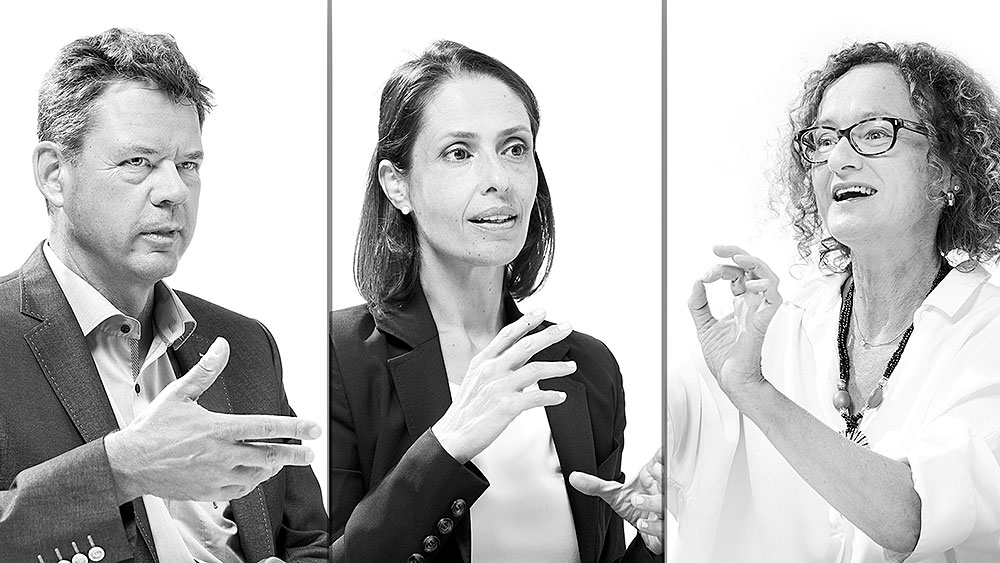 Mike Martin: The center is a joint initiative by both universities, UZH and ETH, dedicated to citizen science – scientific research conducted by members of the public in collaboration with professional scientists. What makes the new Center of Competence special is the combination of rigor and participation: On the one hand we insist on the high quality standards of academic research, and on the other hand, the participation of laypersons – “citizens” –  goes beyond their traditional role as data providers so that they are also involved in the planning of the research projects and the analysis of the results. For that reason, we are also creating a Participatory Science Academy within the Center of Competence.

Rosy Mondardini: It is very important to us that everyone has equal opportunities to participate. With the Center of Competence we want to encourage academic researchers and members of the public to develop projects together from the very start. We know that participation improves the success of projects in all respects. We provide the necessary tools and training opportunities to enable this kind of collaboration.

Effy Vayena: With UZH and ETH Zurich, we have two renowned universities supporting citizen science, between them covering the full academic spectrum from arts and social sciences to natural sciences and technology. This type of support is new – until now citizen science projects mainly arose out of individual initiatives. The large networks of the University of Zurich and ETH widen the possibilities for citizen science considerably.

Could you give us an introduction to one of your new projects?

Mondardini: We have various projects in the pipeline. I would like to give special mention to a linguistics project being set up by Elvira Glaser, professor of German philology. It relates to the work of Georg Wenker, a 19th century German linguist, in mapping German dialects. He sent a survey containing 40 sentences to schools around Germany asking for translations into the local dialect. The information he received formed the basis of the German Language Atlas, and made it possible to determine dialect boundaries. But he was not able to analyze all of the translations. Now, over 100 years later, they are being transcribed and analyzed with the help of citizen scientists. In a second phase, they will be asked to rewrite the sentences in modern dialect. The citizen scientists therefore play an integral part in the research in this project.

Martin: In the last months we have established quality standards and structures so that we are in a position to launch new projects relatively quickly once the center opens. Our aim is to start between 10 and 20 new projects per year.

Mondardini: It must be stressed, though, that our main concern is that the projects are relevant, rather than achieving a certain number. We can now offer methods and standards and provide support for researchers so that it’s easy for them to develop and launch projects.

Vayena: Alongside the citizen science projects, we are also planning projects that are about the topic of citizen science itself, for example regarding the ethical questions around data. What factors influence whether someone is willing to provide their personal data, what are the new concepts of data security? I’m really intrigued by these sorts of questions about new forms of research in the age of Big Data. And I think they will be of increasing importance for universities in the future. Digitalization and the internet open up whole new realms of possibility for citizen science.

Martin: I would even go so far as to say that universities have a duty to use the new possibilities offered by digitalization in terms of citizen science. There is a lot of expertise and know-how in our society, and it can help us make progress in science.

Mondardini: This is related for example to the Sustainable Development Goals (SDGs), which play an important role for us. One of the Center of Competence’s focal points is on projects connected to these 17 goals, which were adopted by the United Nations General Assembly, including Switzerland, in 2015. Goal number 6, for example, is to ensure access to clean water, and there is already a citizen science project at UZH in this field called Crowdwater. Citizen science can make a considerable contribution to the realization of these goals at local level, and we want to harness this potential.

How is the Center of Competence structured?

Mondardini: The Center of Competence has several pillars: Firstly we have our physical center on Hirschengraben, where the projects can be planned and evaluated. We also make the necessary tools for planning and evaluating available on our online platform. The second pillar is the Participatory Science Academy, generously sponsored by the Stiftung Mercator Schweiz, with which we are taking a pioneering role. The academy provides training courses for citizen scientists and academic researchers to give them the subject knowledge and practical skills they need to develop participatory research. In addition, the academy runs project workshops to bring together potential partners from academia and the general public, and gives out seed grants to enable the joint development of projects.

What is the reaction of the scientific community? Are they not worried that academia could lose prestige if it opens itself up to non-academics?

Vayena: No, citizen science is an approach that enriches traditional academic research rather than competing with it. There are some areas in which citizen science is useful, and others in which it is not. No-one is taking anything away from anyone. So I don’t see why there should be a conflict.

Martin: Quite the contrary: Both sides stand to benefit. Citizen science expands the possibilities of conventional academic research. At the same time, members of the public can get involved in science and know that they are giving something back to society.

Center of Competence and Academy

The center is headed up by a four-strong board of directors comprising professors Avi Bernstein (UZH), Mike Martin (UZH), Michael Ristow (ETH) and Kevin Schawinski (ETH). They are assisted by a team of advisors: Ernst Hafen (ETH), Dirk Helbing (ETH) and Effy Vayena (ETH). The head office at Hirschengraben 56 is managed by Rosy Mondardini.

In addition to financial support from the two universities, the center has been granted funding of 2.58 million francs by the Stiftung Mercator Schweiz to establish the Participatory Science Academy, led by Susanne Tönsmann. The Stiftung Mercator Schweiz supports the Participatory Science Academy in order to foster cooperation between academia and the general public and to try out new forms of collaboration.

The Citizen Science Festival is taking place at the Kunsthalle on 15 September from 2:00–8:00 pm as part of 100 Ways of Thinking. The official opening of the Center of Competence and the Participatory Science Academy is planned for November.