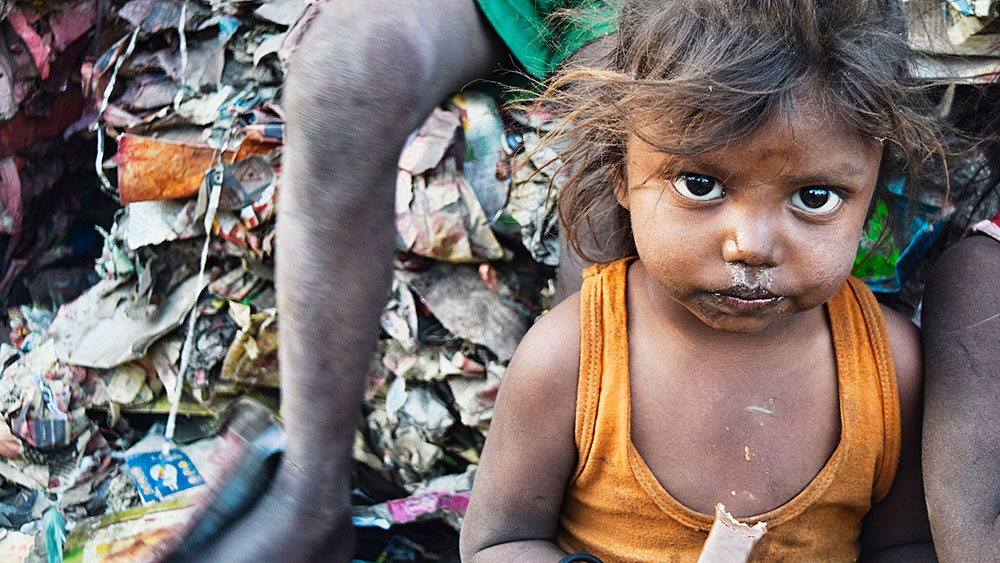 Armut
Absorbed cognitive capacity: People who are poor constantly have to deal with the problems that poverty brings with it. (Picture: Pixabay)

Poverty makes people stupid, as the deprivation and risk it involves impairs their mental faculties. Being poor has a detrimental effect on intelligence and occupies the brain in such a way that people who are poor often make the wrong decisions and therefore stay poor.

“If we want to find ways out of poverty,” explains Brazilian economist Guilherme Lichand, “we have to understand how it impacts our cognitive faculties.” Lichand is professor of child well-being and development at UZH. His chair is sponsored by the UNICEF Switzerland children’s charity. Lichand’s mission is to understand the mental impact of poverty, and he’s developing concrete projects to help overcome its negative effects.

But how do you verify the claim that poverty makes people stupid? There are two scientific methods to test the hypothesis. The first is lab experiments, which are popular with economists because they enable people’s behavior to be investigated under controlled external conditions. Zurich economist Ernst Fehr has used such experiments to gain pioneering insights. The second option is research in the field. But this is difficult: Where do you find a large enough number of people who live in similar circumstances and alternate between being rich and poor?

Scientists found what they were looking for among sugarcane farmers in the Indian state of Tamil Nadu. Their life cycle comes closest to the “poor today, rich tomorrow” experimental set-up. This is because they harvest only once a year. After they’ve sold the crop, they’re fairly prosperous for a while. But the money has to last the whole year until the next harvest. Just before that happens they’re usually dirt-poor again – partly because they have difficulty dividing the money up to make it last for such a long time and managing it properly. Researchers compared sugarcane farmers’ IQ shortly before harvest and shortly afterwards. The results were impressive: “Before the harvest the farmers were rated cognitively impaired,” explains Lichand, “but afterwards their IQ returned to normal.” So poverty does make people stupid in the truest sense of the word.

A lab experiment yielded an explanation. It runs like this: Participants are primed, in other words given a specific piece of information that influences their thinking. Some are told they have damage that can be repaired for 100 francs, while the others are told it will cost 1,000 francs to fix. Those for whom the repair costs 1,000 francs are seen as “poor” in experimental terms. “They’re stressed,” explains Lichand. The experiment reproduces the psychological processes associated with poverty. It emerges that priming influences participants’ cognitive abilities: Those who worry more do less well in tests of memory and attention. “So in the lab a direct connection between poverty and cognition emerges,” sums up Lichand.

But why does poverty have such a disastrous effect on our ability to think clearly? “Our brain has about as much energy as a fridge light,” says Lichand. In other words, the capacity of our cognitive organ is limited. The question is what it’s used for. If you’re worried or afraid, this absorbs part of your attention and leaves you with fewer resources for other thought processes. As another experiment has shown, such symptoms of deficiency aren’t limited to financial matters. When people have too little time – a form of poverty afflicting many who are materially rich – it absorbs and reduces their cognitive capacity in similar fashion.

People who are poor have to deal on a daily basis with the many different things it takes to cope with the problems poverty brings with it. Where will the money come from to pay for the next meal, the rent, the bills? Should we have the children vaccinated? Send them to school? Where can we find clean water? And so on. “Poor people have to make many more decisions, decisions we don’t have to make simply because we live in better circumstances,” says Lichand. Poverty ties up a lot of mental resources that could be better used for other things.

Poverty thus directs and changes people’s attention. Guilherme Lichand has drawn a very practical conclusion from all this: “If this is the case, it also means we can influence attention.” In concrete terms, this means making sure the right things occupy the best spots in the list of priorities competing for people’s attention − for example sending the children to school. Lichand conducted a large-scale study of this involving more than 19,000 schoolchildren in São Paulo, Brazil.

The study ran as follows: The children were divided into three groups. The parents of the first group received regular information from teachers about their children’s school attendance; the second group received a twice-weekly text message pointing out the importance of the children’s going to school; the third group didn’t receive any messages or information at all. It turned out that sending texts was the cheapest and most efficient strategy for directing parents’ attention to their children’s school attendance. This form of directing people’s attention is called nudging; in other words, the text messages were used to nudge parents into a certain way of thinking: “Don’t forget that it’s important for your child to go to school!”

A crucial insight for Lichand is that a simple nudge by text message worked just as well as teachers informing parents – which involves much more effort, is more expensive, and often hardly possible because there’s no way of communicating. But just about everyone in Brazil has a mobile phone. “We have a simple and cheap way of reaching even poor parents,” says the economist.

These nudges have been a phenomenal success, reducing absences and accelerating the speed of learning by three months. In other words, children whose parents were nudged were three months further into the material by the end of the year. And the most important effect of all was that one third fewer students had to repeat a year, with the number down from nine to six percent.

That has immediate financial consequences. For every child that has to repeat a year, the Brazilian government has to spend an additional 1,300 francs or so. Calculated for all schoolchildren, this means the government saves 40 francs per child per year. “But the project costs only three francs per child,” smiles Lichand. “So the return on investment is around 1,300 percent.” This should be an attractive incentive to introduce text message nudges across the board, to the benefit of both children and the public coffers. A similar project supported by the Jacobs Foundation is currently running in Côte d’Ivoire.

In a follow-up project Lichand looked into how the mental poverty trap functions. The parents of the children who had taken part in the successful nudging program for a year were offered the chance to continue – but only if they paid. The amount of money required, around three francs, was credited to their mobile phone account. They could decide whether they wanted to use this money for the program or spend it on calls.

The nudging program didn’t work equally well for all families, with some gaining a lot of benefit and others none at all. “We were able to tell very precisely what the effect was on each family by analyzing the large datasets we had,” explains Lichand. What was astonishing was that the rich parents – those earning five times more than the minimum wage – responded quite differently from the poor parents who earned less than the minimum wage.

The wealthier parents were more willing to invest if they had previously benefited from the program. Paradoxically, the poorer parents invested if the program hadn’t helped. However, the more they had benefited, the less motivated they were to spend money on the new program. This shows how the mental poverty trap works: Poor people make the wrong decisions. The question is why. Lichand explains it as follows: “The poorer parents are obviously more interested in the short-term gain – in other words the money credited to their phone account – and lose sight of the long-term impact, their children’s success at school.”

It was possible, however, to influence the poor people’s decision: If they were informed precisely how they would benefit, they made the same decision as the rich parents. “That highlights the importance of the things that are right at the top of our mental list of priorities,” says Lichand.

In any case the Brazilian economist has shown that even very simple nudges can have a big impact – in this example, on children’s performance at school. The strategy of nudging is also used in other areas, for example sending people a text message on the Friday they’re paid reminding them to be thrifty with the money rather than spending it straight away. This is a project that Lichand is running with Brazil’s largest public bank.

To put his research findings into practice, Lichand has founded a company in Brazil called M-Gov. It supports the government in implementing projects such as the one involving nudging parents by text message.

Guilherme Lichand’s scientific work is highlighting potential ways out of the poverty trap. For him there’s always also a moral obligation involved: “There are still 25 million people living in poverty in Brazil. Children in particular don’t have the same opportunities in life as I did, for example.” He believes that’s unfair: “You don’t choose the place you’re born. Some people are fortunate, some aren’t. No children can influence the circumstances in which they live.” Lichand’s projects help to understand the mechanisms of poverty more fully and even out the whims of fate, at least to some extent.

AWASE SYED commented on 30 December 2018, 07:01 This article is short sighted and does not take into account many social evils of our times. Dear Sir, It certainly is a wonderful write up, but only takes into consideration a few aspects. I strongly believe poverty is a social construct, that has been designed by social communities. I had expected this article to also investigate/shed light on how social constructs amplify poverty. Some thoughts that came to my mind are 1.poverty is due to lack of opportunity. 2.poverty is despite having talent and skill, people struggle to gain fruitful employment or equal employment which often is marred with nepotism/bias based on caste/creed/ethnicity/nationality/religion. I would request you to consider these dimensions which often are the primary reasons that social constructs enforce poverty in minorities or marginalized communities. they are deprived of this opportunity by birth. Hope you would consider my insight in constructive thought!