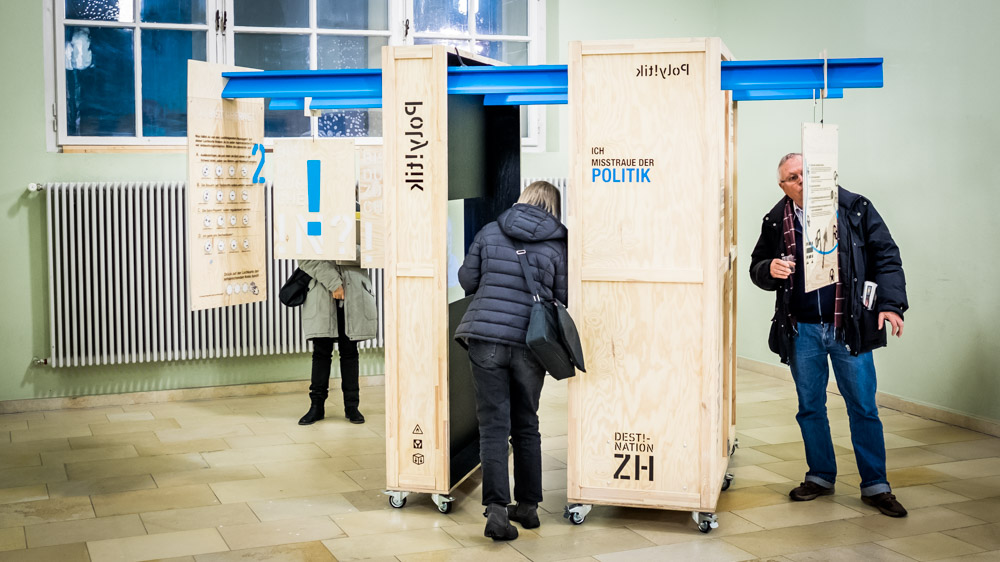 At what point do incomers become locals? When will I start feeling like a true citizen of the city, a “Zürcherin” or “Zürcher”? And when will others see me as such? These questions are the subject of the exhibition “Zürcher!nnen machen” now on display at UZH, which explores the topic using video installations, a “naturalization committee,” and a thought-provoking questionnaire. The aim is to get people reflecting on the meaning of identity in an open and international city. The exhibition shows that there is actually no such thing as the one true definition of a Zürcher.

This acknowledgment was also reflected in the public panel discussion, which was chaired by Tages-Anzeiger editor Rafaela Roth and took place last Thursday as part of the program of events around the exhibition. All the speakers on the panel saw themselves as Zürcher, however their opinions about the point at which one becomes a Zürcher were very varied.

The co-president of the city’s advisory board for foreigners, Renske Hedemma, born in the Netherlands, primarily measures her identity in terms of her own commitment: After settling in Zurich and finally overcoming all the daily hurdles and the language barrier, she said she felt proud to be a Zürcherin. She was still a foreigner, but also part of the local community and wanted to actively participate in civic life. For that reason, Hedemma campaigns strongly for the introduction of local voting rights for foreigners.

National councilor Mauro Tuena (Swiss People’s Party – SVP), who jokingly referred to Zurich people as “Zürischnurre,” rejected this possibility, reminding the panel that according to the law, only Swiss people were allowed to have a say in matters concerning their country.

Claudia Vorheyer brought an academic perspective, influenced by her research at UZH into the situation of expats and people who move between several different countries. For such people, she said, there were two points of view which affected their feeling of belonging: Their own perception – “do I see myself as a Zürcherin?” – and the perception of others – “do other people see me as a Zürcherin?” From the point of view of the authorities, she pointed out, it was very simple: If you’re registered as living in Zurich, you’re a citizen of the city. 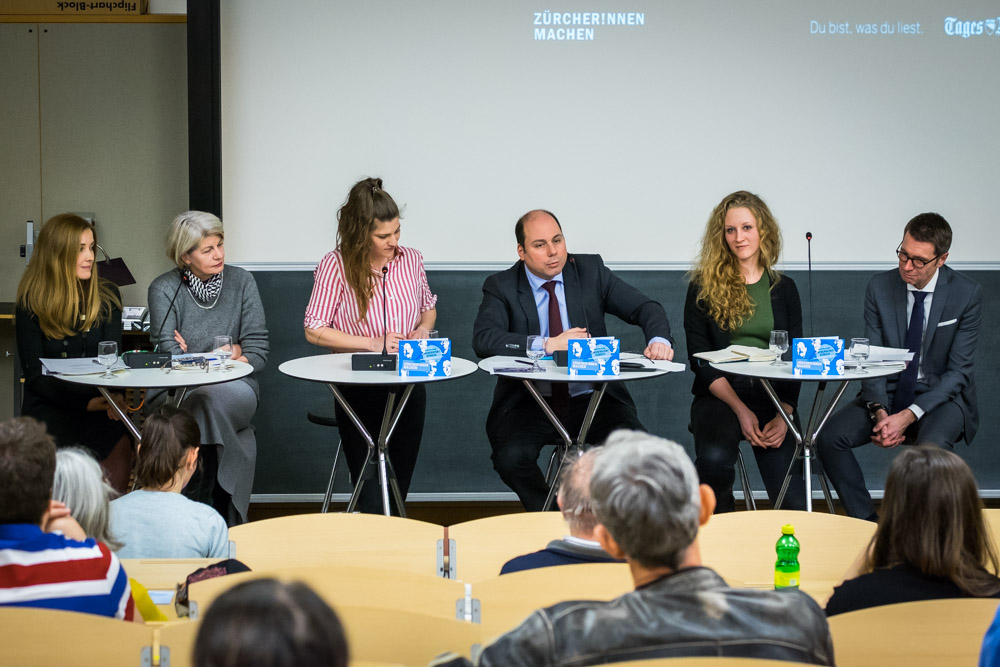 For Peter Grünenfelder, director of the think-tank Avenir Suisse, being a Zürcher meant making a contribution to the city: He thought it was important that people brought added value to Zurich, for example through commercial, social, cultural, or political activity, all of which could be done without having a Swiss passport. He was convinced that the foreigners living in Zurich should be allowed to have a say in the running of the city, at least at local level, on account of their economic contribution alone – after all, their taxes also go towards funding the local schools, for example.

This participatory approach was also supported by Green Party politician and businesswoman Anna Stünzi. She also called for more equality, for example for undocumented immigrants. “Anyone who lives in Zurich and spends their life here should have the same rights as the other citizens.” She was in favor of a Zurich City Card that would give people without official ID discrimination-free access to public and private services.

Other topics were raised during the debate which also proved controversial, for example free movement of people, integration issues, and discrimination against foreigners. There was one point, however, on which all of the panel participants could agree: They all like living in Zurich.

The “Zürcher!nnen machen” exhibition runs from 9 January to 6 February 2018 in the West Foyer of the main building of the University.