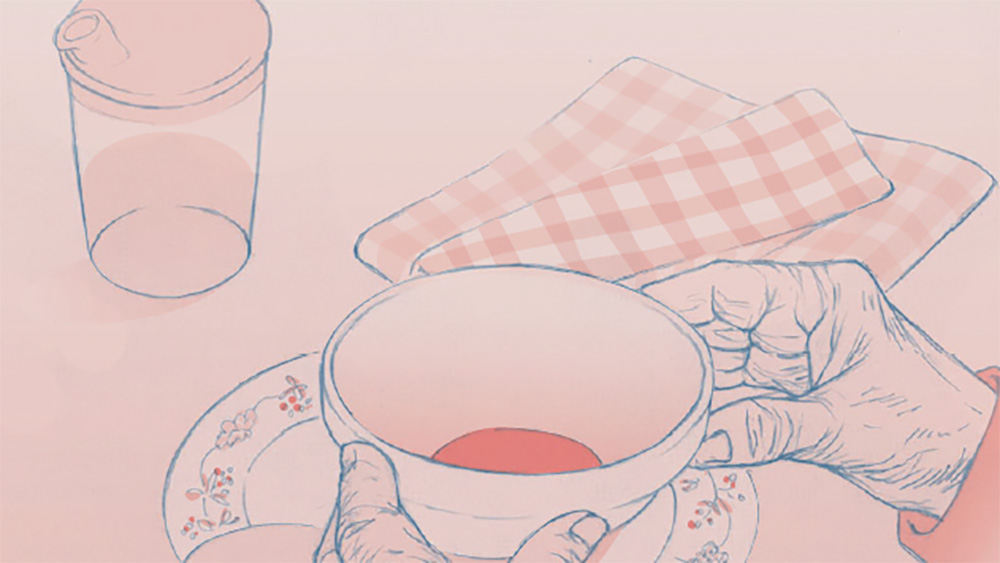 cup
Many people at the end of their lives have a reduced feeling of hunger and thirst. (Illustration: Tara von Grebel)

Maria* is sick. Around five years ago she was diagnosed with progressive dementia. Recently she has lost a lot of weight. She is extremely confused and has not been able to recognize her children and grandchildren for some time now. Maria cannot express herself, cannot explain anything, and cannot say whether she is in pain. For the past three years, the 81-year-old resident of Zurich has been living in a nursing home. The nursing staff consider Maria to be a friendly person. She is said to be unobtrusive, kind and quiet – except at night. She often gets up and appears to be looking for something. Recently Maria has been refusing to eat. Already a slim woman, she is losing more and more weight. Her relatives are concerned. Should they force her to eat? Is she in pain? How can they know what is best for her?

Maria’s family is not alone. Many people around the world find themselves facing the same situation. However, there is not much in the way of hard facts when it comes to dementia patients at the end of their lives. There is little research on this topic both in Switzerland and internationally, and the data that is available is not suitable for statistical analysis. The Swiss National Science Foundation aimed to change this by launching the End of Life National Research Programme. The goal: To learn more about death in order to make it a more humane experience. The University of Zurich took part in the research program by conducting the long-term Zurich Life and Death with Advanced Dementia (ZULIDAD) Study. 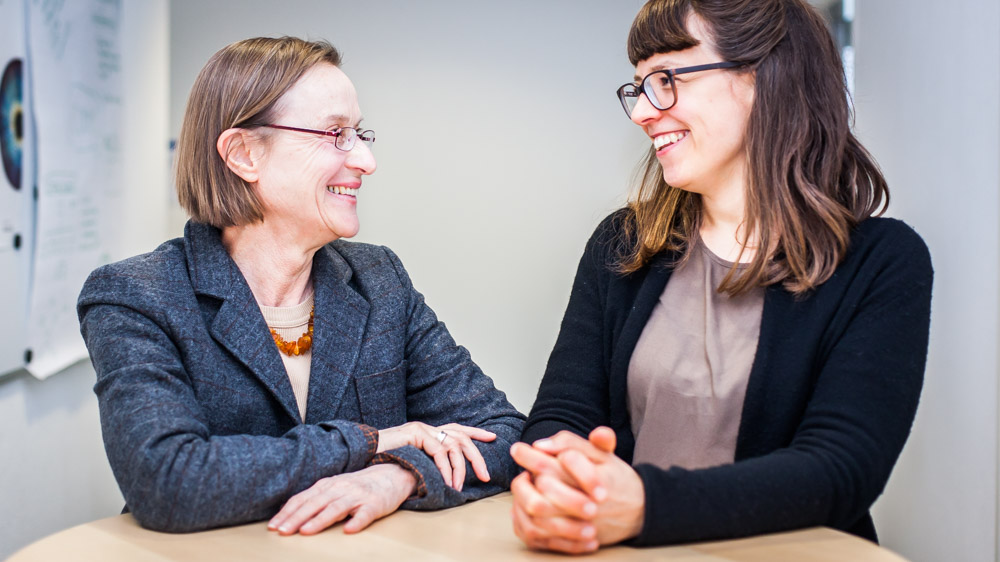 Round table
Round-table discussions combining research and practice: Friederike Geray, director of continuing education at the Center for Gerontology (left), and Stefanie Eicher, project manager of ZULIDAD, developed a guide for relatives of dementia patients at the end of their lives together with 30 researchers, relatives and practitioners. (Picture: Fabio Schönholzer)

Third most common cause of death

“Dementia research needs to go beyond the purely medical causes of the disease,” says Stefanie Eicher, academic associate at the Center for Gerontology and ZULIDAD project manager. One important question is how to improve the quality of life for those suffering from dementia. It’s a question that urgently needs an answer. Estimates put the number of dementia patients worldwide at 131 million by 2050. There were 47 million sufferers in 2015. In Switzerland, dementia is already the third most common cause of death. Because dementia patients cannot make end-of-life decisions by themselves, people like Maria find themselves in a special situation compared to others suffering from an illness. They rely on relatives, caregivers and doctors to assist them and allow them to die with dignity.

The ZULIDAD study hopes to improve the situation for Maria and others like her. The research was based on two sources of data. The first data set was taken from nursing homes for dementia patients, where factors such as disease progression, drug intake and behavior were recorded twice a year for the past 15 years. This data was based on observations from the nursing staff. The other data set came from tracking 126 dementia patients at 11 state-run nursing facilities and one private facility over a three-year period. Because the patients could no longer provide information themselves, relatives and nursing specialists were surveyed on a regular basis. This was done using an extensive questionnaire given every three months. The questions concerned the quality of life and health of the person with dementia, medical interventions, and their relatives’ satisfaction with the care. Researchers also asked participants about their attitudes toward death – for example, whether they were opposed to or in favor of measures to extend or shorten life – and about how they deal with pain, fear and other kinds of suffering.

The research group decided to take a new approach to combine research and praxis: The round-table method. Inspired by the concept of citizen science, the research team wanted to bring together the knowledge and experience of both relatives and caregivers to ensure that no important aspects were neglected. “Research benefits from looking at the experience of those on the ground,” says Stefanie Eicher, the project manager who organized and led the round-table discussions. Relatives and nursing specialists played a significant role in strategic and scientific decision-making over the course of the research project, for instance in selecting survey instruments, interpreting results and developing the guide.

Approximately 30 people participated in the round-table sessions, with researchers, relatives and practitioners meeting three to four times per year. Friederike Geray, director of continuing education at the Center for Gerontology, moderated the sessions to ensure constructive teamwork. “It was important to me for all participants to have an equal say and that everyone was communicating on an equal footing,” says Geray, who added that the teamwork was highly constructive once the group found its rhythm. Working together on the guide also proved to be an extra motivation, as there has been very little quality literature concerning the end of life for dementia sufferers until now.

The guide for relatives of dementia patients has now been published. It consists of ten booklets in a box set, all of which are structured the same way: Relatives and specialists present their questions and experiences, followed by an explanation of the research around the topic. Each booklet is dedicated to one specific topic, for example eating and drinking. Readers can find important information about why patients refuse food and how to deal with the situation. Not wanting to eat, not being able to eat – there are often ethical decisions that need to be considered as well. “Our box set doesn’t provide exhaustive answers. The goal is to share knowledge and inspire readers to reflect,” says Stefanie Eicher.