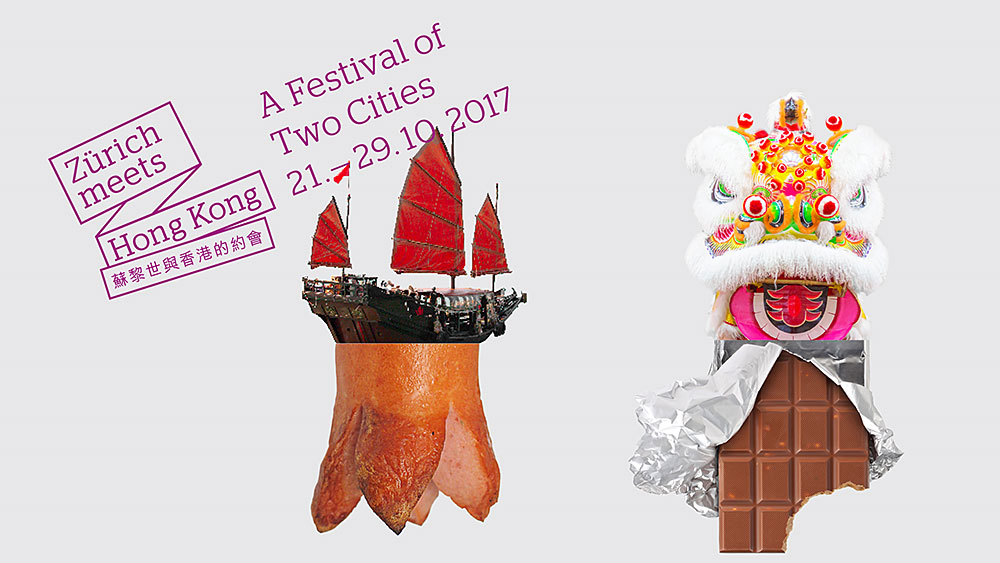 In the coming week the Zürich meets Hong Kong festival will be staging more than 30 events all over Hong Kong, covering everything from culture and the arts to business, politics, and science. It’s an opportunity for exchange and networking between Zurich and Hong Kong. The University of Zurich will be at five of these events to show how people from Zurich and Hong Kong are collaborating on research and teaching relating to questions that concern both East and West.

UZH researchers have particularly close ties with the University of Hong Kong. One of them is Mike Martin, professor of gerontopsychology at UZH. He’s joined forces with Terry Lum, an expert in aging policy at the University of Hong Kong, to organize an event on healthy aging at the Zürich meets Hong Kong festival. Mike Martin’s research group has helped elaborate the concept of healthy aging that has found its way into the work of the World Health Organization (WHO). It represents a paradigm change in that it focuses on the skills and capabilities of elderly people rather than the symptoms of disease. Mike Martin and Terry Lum, both members of a WHO working group, are planning a joint research project to develop a new approach to health metrics that is to become the international standard.

Rolf H. Weber and Florent Thouvenin, both professors of law at UZH, are staging two events in Hong Kong: a workshop on fintech and data ownership, and a symposium on the future of privacy. In 2015 Weber and Thouvenin joined forces to initiate the University of Zurich’s Center for Information Technology, Society, and Law (ITSL), which investigates the interplay between these fields. The representatives of ITSL are organizing both events together with the Law & Technology Center at University of Hong Kong, a longstanding cooperation partner of Rolf H. Weber.

Those joining the UZH legal experts at the workshop on fintech and data will include Thomas Puschmann, a business IT expert who heads the Swiss FinTech Innovation Lab at the University of Zurich.

The lab is a joint initiative run by the departments of Informatics and Banking and Finance at UZH. Its remit is to look into questions related to fintech – modern financial technologies: To what extent can digital client advisory replace person-to-person discussions? What form could international legislation on blockchain take? Thomas Puschmann collaborates with the Center on Global Internet Finance (CGIF) at the City University of Hong Kong – a partnership that among other things has resulted in joint conferences and publications.

Hong Kong in the arts

Andrea Riemenschnitter’s cooperation with universities in Hong Kong goes back to the late 1990s. She is professor of modern Chinese language and literature at the University of Zurich Institute of Asian and Oriental Studies. In her research she investigates the way societal change in Hong Kong is represented in literature, film, and art.

Andrea Riemenschnitter worked closely with the author and literary scholar Leung Ping-kwan, who died in 2013. Besides Hong Kong, the cities he wrote about in his work included Zurich. Given that Leung Ping-kwan visited the UZH Institute of Asian and Oriental Studies several times, and was awarded an honorary doctorate by the university, this is no coincidence. One of the events at Zürich meets Hong Kong is being held in honor of the celebrated Hong Kong writer.

“The Zürich meets Hong Kong festival is an outstanding opportunity to make UZH visible in Hong Kong and forge new contacts,” says UZH president Michael Hengartner. He will be speaking at the Swiss Alumni Event, staged jointly by the Swiss Consulate General with UZH and other partners. The theme will be the future of Switzerland as an international research hub. The alumni evening will be hosted by Tobias Brandner, president of the UZH Alumni Chapter in Hong Kong (see portrait).

Following New York (2014) and London (2016), Zürich meets Kong Kong continues a series of appearances at international festivals by the City and Canton of Zurich together with Zurich Tourism and Zurich universities.