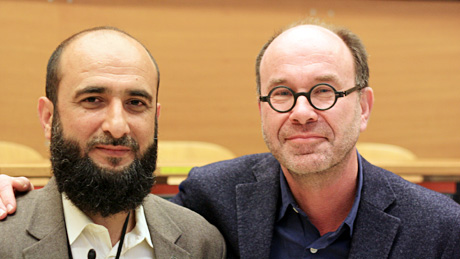 The trouble is that even the capital city lacks the infrastructure and know-how necessary to give these children proper treatment. Around half those who end up on Habib’s ward die of their injuries, not least because of the poor hygiene. Habib was often so exasperated with conditions at the hospital that he was tempted to leave Afghanistan, like so many of his fellow doctors.

But then a colleague put him in touch with Clemens Schiestl, head of the burns unit at the University Children’s Hospital Zurich. This led to an intensive exchange on the very different circumstances in which they provide treatment – including visits from Kabul to Zurich and vice versa. The coordination office of the Cooperation Office of the Swiss Agency for Development and Cooperation (SDC) in Kabul has also been a valuable intermediary. 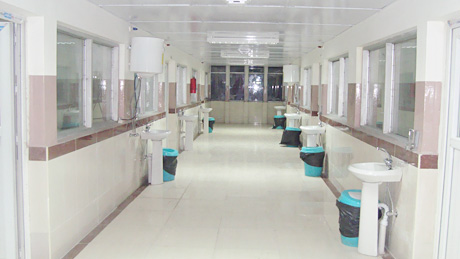 University Children’s Hospital Zurich is a leading specialist in the treatment of children with burns and research into skin substitutes for people with serious burns (see box). Clemens Schiestl returned from his visit to Afghanistan in 2014 firmly committed to helping improve the treatment facilities at the hospital in Kabul.

This commitment has already borne fruit. Thanks to funding from a foundation, it’s been possible to renovate the building infrastructure. Previously, children with burns were treated either in two rooms, or – in most cases – in the corridor of the surgical clinic, often two to a bed. The renovation included building a separate six-room pediatric burns ward. 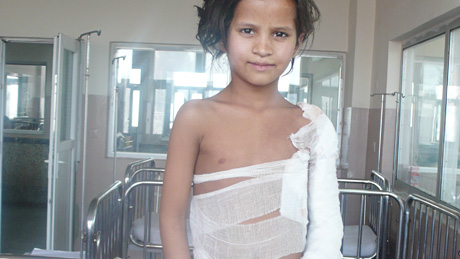 The next step for Habib will be to give his staff better training with the help of the children’s hospital in Zurich. Additional donations are to be used to procure surgical equipment.

It’s a modest start: Habib Ur Rahman Qasim isn’t the only physician in the Kabul hospital whose ward is in such a desolate state, and there’s no one in the entire establishment to provide psychological care to young patients. In Afghanistan there’s also no such thing as an emergency clinic providing initial medical care to accident casualties. Despite all this, this contact with Switzerland has given Habib Ur Rahman Qasim new hope and energy in his work with children.

Donations for the children’s burns unit

Substitute skin from a petri dish

nullnullResearchers at the University of Zurich, including Clemens Schiestl, have spent 14 years working successfully on artificial skin substitutes that can be transplanted from the petri dish to people with burns and skin conditions. Third-degree burns damage the skin so badly that it can no longer regenerate itself. Skin grafts of this sort are already undergoing initial clinical trials. This work is being supported by the Novel Tissue Engineered Skin Grafts for Zurichclinical research priority program. null