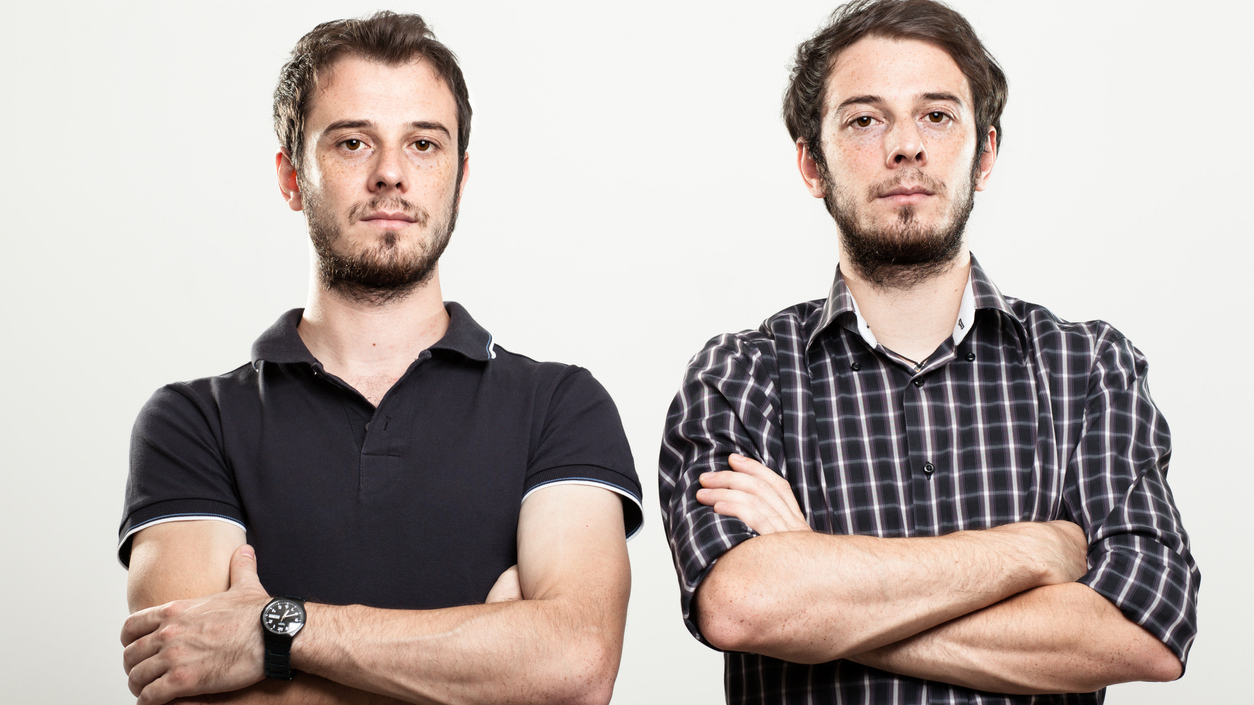 In the study, pairs of monozygotic twins where one twin is affected by MS whereas the co-twin is healthy were examined. (Image: Istock.com/MrKornFlakes)

Multiple sclerosis (MS) is a chronic inflammatory disease of the central nervous system and the most common cause of neurological impairment in young adults. In MS, the patient’s own immune system attacks the brain and spinal cord, resulting in cumulative neurological deficits such as damaged sight, sensory disturbances, motor deficits (e.g. limiting the ability to walk) as well as cognitive impairment. Although the cause of MS is still unclear, a variety of genetic risk factors and environmental influences have already been linked to the disease.

Genetic predisposition alone does not lead to MS

Studies in recent years have clearly shown that genetic risk variants are a necessary condition for developing multiple sclerosis. “Based on our study, we were able to show that about half of the composition of our immune system is determined by genetics,” says Florian Ingelfinger, a PhD candidate at the UZH Institute of Experimental Immunology. The study by the team led by immunologist Burkhard Becher, professor at the Institute of Experimental Immunology at UZH, and the research groups of Lisa Ann Gerdes and Eduardo Beltrán of the Institute of Clinical Neuroimmunology at the LMU Klinikum, shows that these genetic influences, while always present in MS patients, are not on their own sufficient to trigger multiple sclerosis. In the study, 61 pairs of monozygotic twins where one twin is affected by MS whereas the co-twin is healthy were examined. From a genetic point of view, the twins were thus identical. “Although the healthy twins also had the maximum genetic risk for MS, they showed no clinical signs of the disease,” says Lisa Ann Gerdes.

Thanks to this globally unique cohort of identical twins, the researchers were able to exclude genetic influences by comparing twins with and without multiple sclerosis. “We are exploring the central question of how the immune system of two genetically identical individuals leads to significant inflammation and massive nerve damage in one case, and no damage at all in the other,” explains Burkhard Becher. Using identical twins enabled the international team of scientists to rule out the genetic influence and specifically track the immune system changes that were ultimately responsible for triggering MS in one twin.

The researchers harness state-of-the-art technologies to describe the immune profiles of the twin pairs in rich detail. “We use a combination of mass cytometry and the latest methods in genetics paired with machine learning to not only identify characteristic proteins in the immune cells of the sick twin in each case, but also to decode the totality of all the genes that are switched on in these cells,” Florian Ingelfinger explains. Eduardo Beltrán, an expert in single-cell genomics, adds: “This ensures that we obtain as much information as currently technically possible from these valuable samples.” The team uses a variety of tailored algorithms based on artificial intelligence to extract relevant insights from this immense dataset.

An error in the communication of immune cells

“Surprisingly, we found the biggest differences in the immune profiles of MS affected twins in to be in the cytokine receptors, i.e. the way immune cells communicate with one another. The cytokine network is like the language of the immune system,” says Ingelfinger. The researchers found that increased sensitivity to certain cytokines leads to greater activation of T cells in the blood of patients with multiple sclerosis. These T cells are more likely to migrate into the central nervous system of patients and cause damage there. The identified cells were found to have the characteristics of recently activated cells, which were in the process of developing into fully functional T cells. “We may have discovered the cellular big bang of MS here – precursor cells that give rise to disease-causing T cells,” says Becher.

Understanding  the influence of genetics and environment on MS

“The findings of this study are particularly valuable in comparison to previous studies of MS which do not control for genetic predisposition,” says Burkhard Becher. “We are thus able to find out which part of the immune dysfunction in MS is influenced by genetic components and which by environmental factors. This is of fundamental importance in understanding the development of the disease.” The participating twins were recruited for the study at the LMU Klinikum. “This unique opportunity to unravel the influence of genetics and environment in multiple sclerosis is entirely thanks to our patients who agreed to join the study,” said Lisa Ann Gerdes.

The study was supported by the Deutsche Forschungsgemeinschaft within the framework of the German Excellence Strategy and the Munich Cluster for Systems Neurology, as well as by the Gemeinnützige Hertie Stiftung, the Bayerischer Landesverband der Deutschen Multiple Sklerose Gesellschaft (DMSG), the Bundesverband der DMSG, the Dr. Leopold und Carmen Ellinger Stiftung, the Verein zur Therapieforschung für MS Kranke e.V., the Swiss National Science Foundation, the Studienstiftung des deutschen Volkes and the European Research Council (ERC) under the European Union’s Horizon 2020 research and innovation programme.