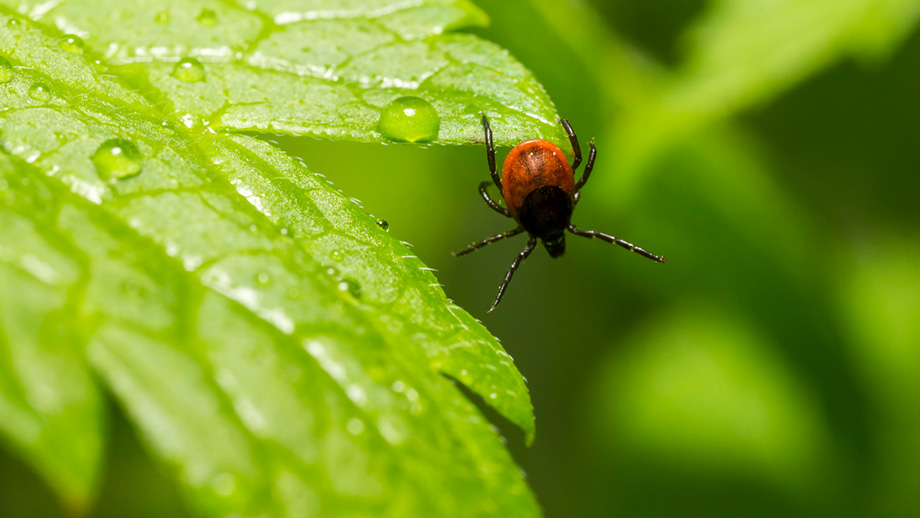 A tick on a leaf in the forrest.
Ticks in Switzerland carry a new pathogen: the so-called Alongshan virus. (Image: iStock/ErikKarits)

Ticks can transmit many different pathogens such as viruses, bacteria, and parasites. Of particular concern are the tickborne encephalitis virus (TBEV), which can cause inflammation of the brain and of the linings of the brain and spinal cord, and bacteria leading to the infectious Lyme disease (borreliosis). The list of pathogens transmitted by ticks continues to increase, also in Switzerland: researchers from the Institute of Virology at the University of Zurich (UZH) have now detected the Alongshan virus (ALSV) for the first time in ticks in Switzerland.

The ALS virus, first discovered in China in 2017, is a member of the flavivirus family along with the TBE virus. After being bitten by ticks, several patients suffered from fever and headaches – the typical symptoms of a TBE infection. And yet, no antibodies against the TBE virus or its genetic material could be detected in the affected individuals. Instead, the researchers found a previously unknown RNA virus, the Alongshan virus.

The complete gene sequence of ALS viruses was found in numerous tick samples collected in several regions of Switzerland in 2021 and 2022. “Surprisingly, ALS viruses were detected in the tick samples far more frequently than TBE viruses,” says Cornel Fraefel, director of the Institute of Virology. Since the symptoms of an infection with ALS viruses are similar to those of an infection with TBE viruses, the Alongshan virus could already pose a public health concern in Switzerland, albeit hitherto unrecognized.

Blood test for diagnosis in development

Unlike for the TBE virus, there are currently no vaccination or serological detection methods for the ALS virus. “Now that we have identified the new virus and published the complete viral genome sequence, our team is developing a serological test to detect ALS virus infections in patients’ blood samples,” Fraefel says. In collaboration with the national reference laboratory for tickborne diseases and the Spiez laboratory, the researchers plan to investigate the epidemiological spread of ALS viruses in Switzerland next year.