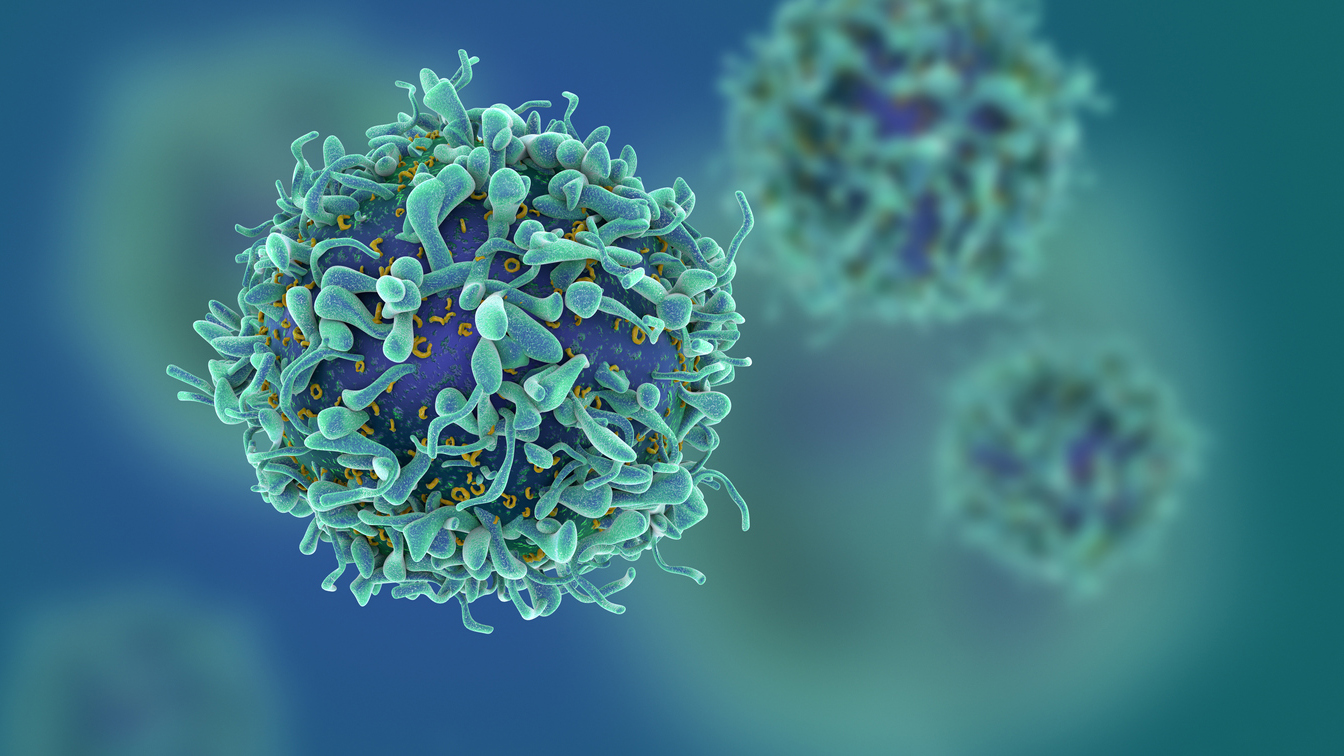 Virus-specific T cells recognize those body cells that are infected by coronaviruses and kill them. They are part of the cellular immune system. (Image: iStock/cgtoolbox)

Many questions about how exposure to SARS-CoV-2 by infection or immunization might result in long-term protective immunity remain unanswered. Onur Boyman, head of the Department of Immunology, and his research team at the University of Zurich and the UniversityHospital Zurich have now taken a closer look at how this long-lived protection is formed. Together with researchers from ETH Zurich, they identified specific signaling pathways that determine when immune cells develop into so-called memory T cells.

Virus-specific antibodies produced by B cells are insufficient to effectively protect against the novel coronavirus. The cellular immune response to SARS-CoV-2 is just as important. Here, virus-specific CD8+ T cells play a crucial role, as they can identify and kill the cells that have been infected by the virus. These cytotoxic T cells eliminate viruses that are hidden inside the host cells and help prevent the spread of millions of newly formed viruses. “These T cells are usually active for only a short time and disappear quickly. When it comes to establishing long-term protective immunity, it is important to generate long-lived memory T cells that are activated very quickly upon re-exposure to the virus,” explains Onur Boyman. This latter ability is referred to as immunological memory.

Previous studies have focused on the whole CD8+ T cell population that formed in response to the virus. Boyman and his team have now succeeded in tracking individual clones of SARS-CoV-2-specific CD8+ T cells in patients with Covid-19, from the acute viral infection up to one year after recovery. The researchers were also able to identify the signaling pathways responsible for the transition of CD8+ T cells from short-lived killers to long-lived memory cells – and they found a distinct molecular signature.

In their study, the researchers were able to demonstrate that the signature of long-lived memory CD8+ T cells was already present during acute SARS-CoV-2 infection, and these cells could thus be distinguished from their short-lived counterparts at an early stage. “The distinct signature of memory cells contained signals of immune messengers, such as interferons, which are an important part of the immune response against SARS-CoV-2 and also contribute to controlling viral infections,” says Onur Boyman.

Immune response varies from one patient to another

The study helps to unravel the complex way in which immunological memory to SARS-CoV-2 is – or is not – formed and maintained. While some infections result in robust and long-lasting T cell memory, others fail to do so. The newly identified signature makes it possible to determine which type of infection – e.g. mild or severe, systemic or limited to mucosal membranes – gives rise to sustained immunity. The immune response is also shaped by vaccines, which contain different ingredients and adjuvants. “While everyone responds differently to the virus or a vaccine, cellular immunity plays a crucial role in preventing severe cases of Covid-19 in both vaccinated and recovered people,” says Boyman.

The study was supported by the Swiss National Science Foundation (SNSF), the Clinical Research Priority Program CYTIMM-Z of the University of Zurich (UZH), an innovation grant from the UniversityHospital Zurich (USZ), the UZH Pandemic Fund, the Botnar Research Centre for Child Health (BRCCH), and the Swiss Academy of Medical Sciences (SAMS).