Departement of Geography
University of Zurich 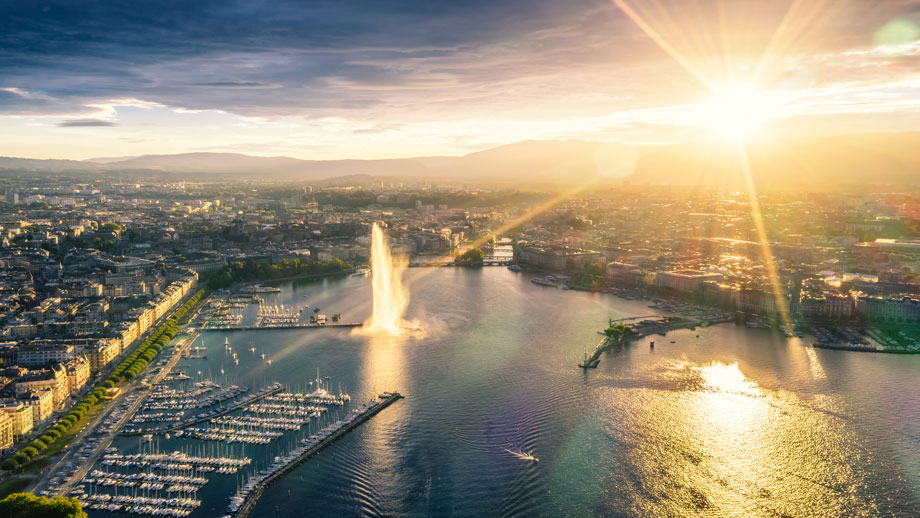 Climate change is making extreme weather events such as heat waves, floods, and droughts more frequent and intense. The hot summers in recent years already had severe impacts on human health, particularly in cities, due to heat accumulation during the day and lack of cooling at night. Such compound concurrent hot day and night extremes are of greater concern for health than individual hot days or hot nights and they will become longer lasting and more pervasive in Swiss cities in the future, as a UZH study shows.

Heat waves might become up to eight times more frequent

Researchers from the Department of Geography have investigated how adaptation options and various future scenarios affect the frequency and intensity of compound concurrent hot day and night extremes in the five Swiss cities Basel, Berne, Geneva, Lugano and Zurich. Their projections suggest that the frequency of compound extreme heatwaves, exceeding previous day and night temperature highs, could increase by up to 7.8-fold and that their duration might increase by up to 5.3-fold lengthier in all cities in Switzerland by the end of century. "Our findings underline the need for Swiss cities to adapt to extreme heatwaves by reducing daytime heating, improving the cooling at night, and strengthening the resilience of the population towards more severe heatwaves," says first author Saeid Ashraf Vaghefi.

In their study, the researchers defined three metrics to analyze heat waves: a) the annual number of concurrent hot days and nights, where the threshold for both day and night is exceeded, b) the annual frequency of such events, where the threshold is exceeded for at least two days in a row, and c) the duration of the corresponding events. These metrics were combined with three emission scenarios (low, moderate, high) and adapted to three time periods of thirty years each: the past (1980–2020), the near-future (2020–2050) and the far-future (2070–2100).

The results demonstrate a significant rise in the number of hot day and night events in all cities, but more notably in the cities at low latitude: The highest increase – each calculated per decade – occurs in Lugano with 65.8 days in the past period, 110 days in the near-future and 371 days in the far-future, followed by Geneva with 48 days in the past, 108 and 362 in the near- and the far-future, respectively. Still significant, but a less pronounced are the increases in Basel (48/74/217 days), Berne (15/44/213 days) and Zurich (14/50/217).

"In our study, the projections consistently show that the compound hot day and night extremes will more likely and more intense in all cities and under all emission scenarios, but notably significant under high emissions scenarios and after the 2050s," says Vaghefi. "A hot day followed by a hot night without relief for human may become a new norm towards the end of the century. Therefore, we suggest policymakers and stakeholders to perform a systematic adaptation analysis prior to the implementation of any adaptation options."

In an ongoing project, UZH researchers are investigating how different adaptation measures such as increasing vegetation density, improving usage of existing water bodies, reducing anthropogenic heat by using green and renewable energy, and changing the hours of outdoor activities hours can help to manage the thresholds of different drivers of extreme events.