(JPG, 2.36 MB) Graminoid-dominated tundra with dwarf shrubs growing in national park Kytalyk, in the Siberian Arctic. The blurred areas in the image are created by heat haze, which occurs when various surfaces heat up differently and hence create turbulence in the air. (Image: Gabriela Schaepman-Strub, UZH) 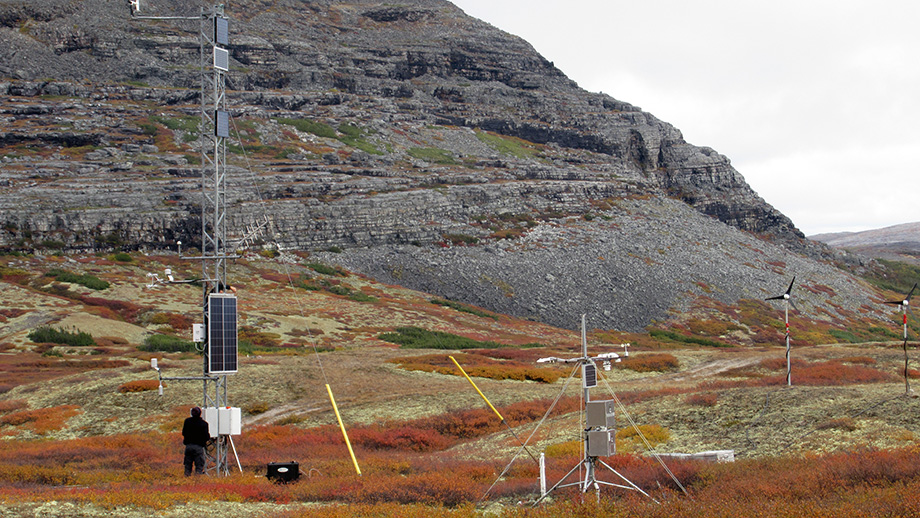 The heat waves that swept across Europe this summer made many people realize how important plants are when it comes to cooling down the environment. But how do the various types of vegetation in the Arctic affect the energy exchange between the Earth’s surface and its atmosphere? This is a highly relevant question, since the region has great significance for the climate. The Arctic is warming up at more than twice the rate of the global average leading to thawing permafrost and melting glaciers regionally. Globally, this warming is reflected in consequences far away from the Arctic, for example in cold damage in ecosystems in East Asia.

Similar heat flux difference as between glaciers and grassland

An international team led by two researchers from the Department of Evolutionary Biology and Environmental Studies of the University of Zurich (UZH) has now taken a closer look at the energy budget of the land surface in the Arctic. According to their study, the Arctic’s diverse vegetation, which is disregarded in climate models, is one of the key factors in the energy exchange between the Earth’s land surface and the atmosphere. “Remarkably, in summer the difference in heat flux between two types of vegetation – such as a landscape dominated by lichens and mosses and one with shrubs – is about the same as between the surface of glaciers and green grasslands,” says postdoc Jacqueline Oehri, first author of the study.

Arctic vegetation is highly diverse and ranges from dry grasslands and wetlands to scrubland dominated by dwarf shrubs as well as barrens with mosses and lichens. The researchers linked this vegetation diversity to all available energy exchange data collected by 64 measuring stations in the Arctic between 1994 and 2021. Their focus was on the summer months between June and August, during which sunlight, and thus energy absorption, is particularly high. Depending on the type of vegetation, either the surface or the air are warmed to varying degrees. In addition, with increasing shrub density land warms up earlier after winter. “The shrubs’ dark branches emerge from under the snow early, absorb sunlight and pass it on to the surface long before the snow melts away,” explains Oehri.

Cooling vegetation can preserve permafrost in the tundra

“Our findings on the energy flows in the Arctic are extremely relevant, since the preservation of permafrost depends to a large extent on the heat flux into the ground,” says UZH professor Gabriela Schaepman-Strub. The study’s data make it possible to incorporate the effects of different plant communities and their distribution into climate predictions. Researchers can thus use improved climate models to calculate whether, and to which extent tundra vegetation in the Arctic plays a role in cooling the land surface.

“We now know which plant communities have a particularly pronounced cooling or warming effect through energy exchange. This enables us to determine how changes in plant communities, which are occurring in many regions in the Arctic, are affecting permafrost and the climate,” says Schaepman-Strub. This requires improvements in data collection, in particular. Although the Arctic is changing rapidly and has a major impact on the climate dynamics of the entire planet, there are only few reliable measuring stations in this region. In addition to calling for current stations to remain in operation, the study authors believe new stations are needed in those Arctic landscape types that could only be partially analyzed due to incomplete data.