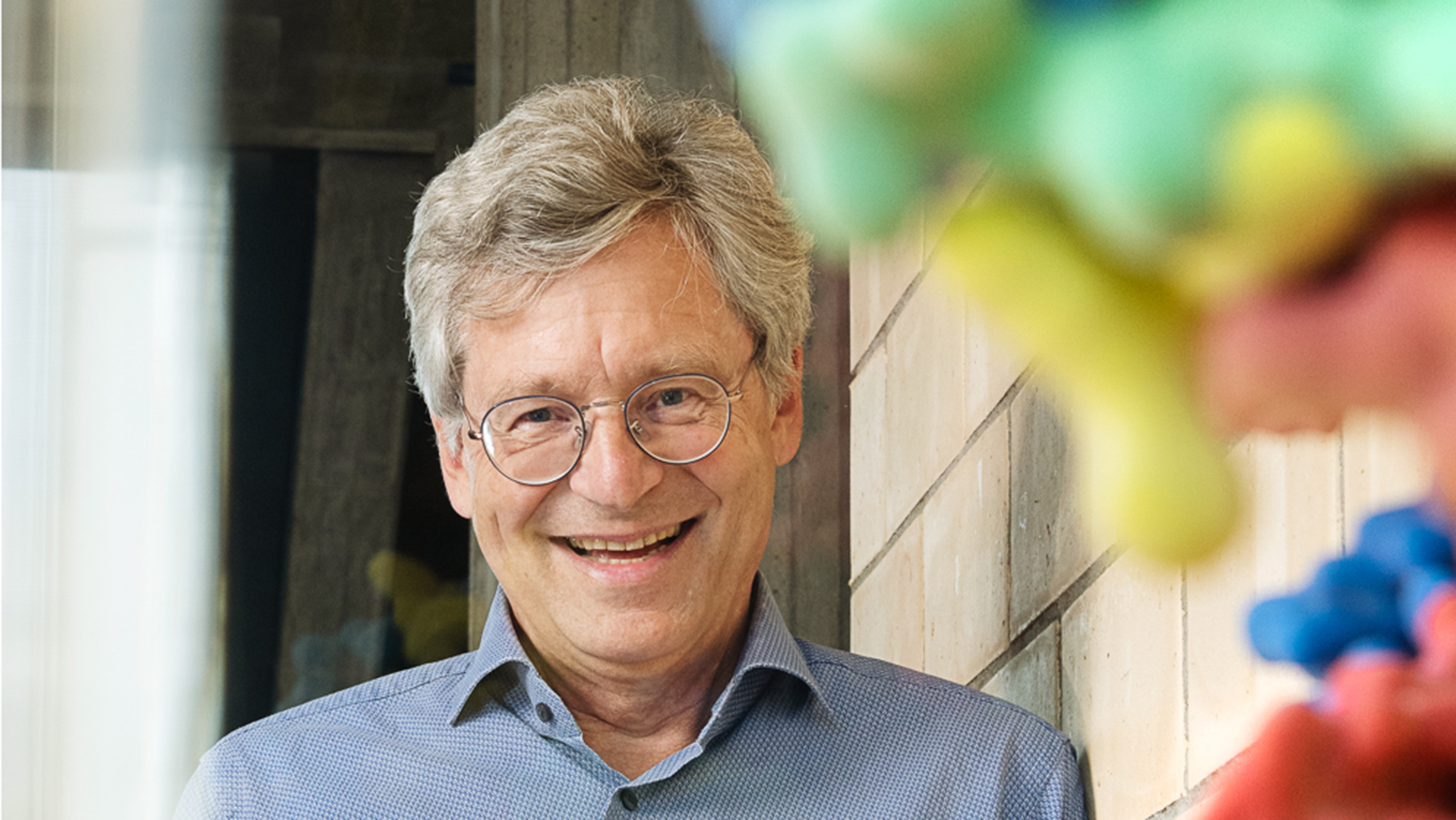 "I’m thrilled that our basic research is showing what it is capable of," says Andreas Plückthun. (Image: Ursula Meisser)

The new drug Ensovibep is particularly effective for acute, outpatient Covid-19 cases, reducing the risk of hospitalization or emergency room visits and death by 80 percent, according to the manufacturers. In addition, recovery was faster and better compared to the placebo group. Although phase 3 clinical trials are still pending, the researchers believe the chances of success are high. Novartis has already announced its intention to acquire the license for Ensovibep from Molecular Partners for 150 million Swiss francs. Novartis would then lead the late-stage development and commercialization.

From lab to listed company

This declaration of intent is a great success for UZH spin-off Molecular Partners. The biochemical company was founded in 2004 by a group of UZH researchers. After starting off in the UZH labs, they soon moved to the Bio-Technopark Schlieren. Today, the company employs 150 people and has been listed on the Swiss stock exchange SIX since 2014. In November 2021, they were joined by Novartis.

Andreas Plückthun, professor of biochemistry at the University of Zurich, and his team researched and developed the new biochemical technology in his laboratory. As one of the co-founders of Molecular Partners, he was a board member for over 15 years.

Andreas Plückthun, how did you react when you heard that the technology developed by you and Molecular Partners was now being used for the first time in a drug against Covid-19?

I’m thrilled that our basic research is showing what it is capable of. Originally, what we wanted to explore in our laboratory at the Department of Biochemistry, purely out of scientific curiosity, was whether artificial proteins could be designed to dock onto diseased cells and destroy them. At first we focused primarily on cancer cells and later also on viruses. As it turns out, our basic idea was correct and now has the potential to play an important role in medical treatment and diagnostics. Of course that’s very satisfying for everyone involved.

What’s so revolutionary about this new biochemical technology?

It uses Designed Ankyrin Repeat Proteins (DARPins) – synthetic proteins that are designed virtually on the computer and evolved in the test tube and then tested on cells. They are extremely stable, adapt to the surface of the antigens, and can influence the progression of various diseases in a desired direction. In addition, the artificial proteins can be easily and quickly produced within a few weeks for further, more extensive tests. During a pandemic especially, being able to react quickly to new types of viruses is vital.

When did the researchers start developing these proteins for use against Covid-19?

It was in February 2020, at the beginning of the first wave. At the time it was a slightly risky decision, because we didn’t know for sure if the pandemic would spread to Europe. Focusing on something like that ties up a lot of resources that could be used elsewhere. Some people in the public eye thought the whole thing would be over by April 2020. As we now know, that unfortunately wasn’t the case.

It sounds like the stuff of dreams – in the space of just two years to apply for approval for a drug against Covid-19 together with Novartis; the Swiss government has already ordered 200,000 doses of the active ingredient and secured an option for large repeat orders.

Well, we certainly hope it will play out that way and that the phase 3 trials will be successful. But the company does not restrict itself to Covid-19 solutions. Don’t forget: DARPins are a new basic technology that can be further developed in different directions. We have created a biochemical kit, so to speak, which we can adapt and elaborate as needed. We create very stable active ingredients that can be produced quickly in large quantities. This gives us and our partners a huge application potential. This scope is much smaller for medical spin-offs, which are usually limited to one drug.

What stages were particularly important on the path from UZH lab to listed company?

Every step was important – actually, it was more of a gradual process. In addition to the actual technology, establishing the technical benchmarks, expanding the biomedical aspects and adding specialists to the team were equally essential. Then, the more Molecular Partners flourished, the easier it became to find excellent staff.

How important was public funding, for example from the Swiss government?

It was absolutely key. Without the initial funding from the Swiss National Science Foundation, this project would never have existed and we would not have been able to pursue our original idea. And then without the support of the canton, for example to equip the university laboratories, and later, after the company was founded, the classic venture capital cash injections, we would not have been able to test and develop sufficiently. Public investment in universities and their research labs pays off.

How important are startups and spin-offs from universities in general for the research landscape and Switzerland as a business location?

They are very important because it is much easier to explore disruptive, creative ideas in a university. We are paid to think outside the box, to try out revolutionary approaches and perhaps to take higher risks. And also to be able to fail sometimes. That’s why I love working at the university. A commercial enterprise can hardly afford such freedoms these days. The big companies prefer to take over university spin-offs and startups and further develop and market their basic ideas for international application. And the small spin-offs need strong partners with a large market presence. Seen in this light, university research is an important building block for overall medical and technological development and also creates new jobs for the economy.