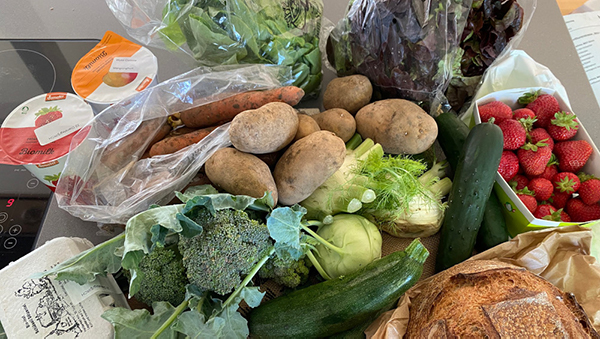 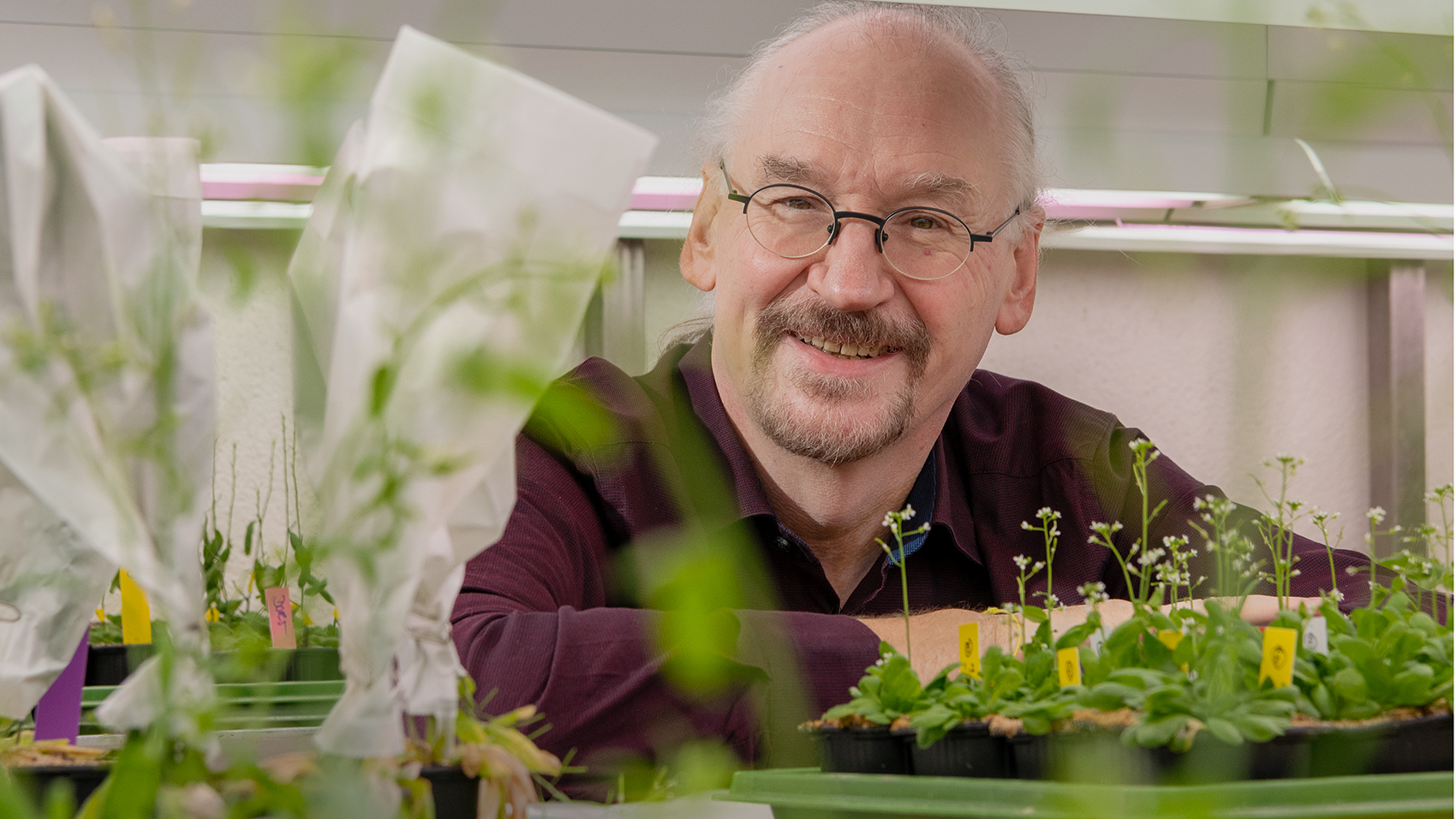 When Ueli Grossniklaus gives lectures in schools, he sometimes shows the kids pictures of scrawny roots and unsightly fruits. These ugly specimens are the biological ancestors of the fruit and veg we eat today, although they are scarcely recognizable. The crunchy orange carrots we enjoy tucking into were bred from the gnarly root of the wild carrot, for example.

It’s a similar story with maize, or sweetcorn. The ancient ancestor of our modern corn is called teosinte and consists of small rock-hard black kernels. “For our ancestors thousands of years ago, the idea of eating them would have seemed preposterous,” says Grossniklaus, who researches the genetics of plants and is co-director of the University Research Priority Program “Evolution in Action”.

So wherever did they get the idea that these uninspiring seeds might be edible? Scientists think that the teosinte seeds must have been close to a fire at some point, and the blazing heat caused them to burst open like popcorn, revealing their soft interior. That was the beginning of the development of maize as we know it today, now one of the most important crops worldwide, along with rice, wheat and soy.

It wasn’t until our ancestors learned about the popcorn effect that they realized that teosinte seeds could in fact be eaten and were worthy of further attention. And so, over the course of agricultural history, the rock-hard teosinte seeds developed into the delicious sweetcorn we enjoy today.

“All of our modern vegetables emerged from lengthy breeding processes,” says Grossniklaus. “Humans have always selected the qualities that were most useful to them and developed them further.” Even today, wild and cultivated plants are crossed with related species to preserve certain desirable traits.

In mutation breeding, the genome of plants is exposed to radiation or chemicals to generate random genetic variations.  The most desirable of these mutations is then selected and optimized. The kind of wheat we use to make pasta came about in this way, as did pink grapefruit and tens of thousands of other types of plants. These common breeding processes are extremely time intensive, due to the many unwanted mutations which have to be engineered out with complicated reverse hybridization processes.

A new plant-breeding method is genome editing with Crispr/Cas9 gene scissors, a technique that in the last decade has opened up previously unimagined possibilities. This method of gene editing makes the plant breeding process much quicker, says Grossniklaus.

He believes it could be used to quickly and precisely breed more resistant and sustainable plants that are better adapted to the local climatic conditions. The gene scissors allow specific genes to be individually edited, meaning agricultural plants can be bred with almost no unwanted changes. “What’s more, plants bred in this way are indistinguishable from those bred using traditional breeding methods,” says Grossniklaus.

However, the cultivation of genetically modified plants is not permitted in Switzerland. A moratorium on the issue was extended in parliament for a further four years, until 2025. The Federal Council will decide by 2024 whether to grant an exception for certain genetically modified plants. “I’m not hopeful that that will happen,” says Grossniklaus. For many people, gene-editing technologies amount to risky, artificial meddling with nature. In politics, the subject is seen as a vote loser.

For scientists, the opposite is true. There is a broad consensus within the natural sciences community that the benefits of genetically modified plants are great and the potential risks small. For example, the National Research Program 59, “Benefits and Risks of the Deliberate Release of Genetically Modified Plants”, found no evidence of risks specific to the technology.

Nevertheless, such findings have done little to change the skepticism of politicians. “On the subject of climate change, the Green Party always refer to results of scientific studies,” says Grossniklaus, “but when it comes to green gene technology, they aren’t interested.”

In contrast, among the general public, opinion appears to be shifting. Studies carried out by ETH researcher Angela Bearth show that consumer acceptance of genetically modified crops is apparently higher than previously assumed.

Anna Deplazes Zemp, who is involved in UZH’s Research Priority Program “Global Change and Biodiversity”, agrees that public opinion is gradually changing. “In view of current problems such as climate change and the grain crisis caused by the war in Ukraine, this shift could speed up,” says Deplazes Zemp. “With food security challenges evolving so quickly, we will be forced to rethink the idea that environmental protection and technology are incompatible.”

We can’t afford to ignore the possibilities of biotechnology if we want to provide food for everyone in the future, says Deplazes Zemp. Genome editing makes it possible to breed plants that are more resistant and better suited to local conditions. Such plants could not only make agriculture more sustainable and productive, but also contribute to biodiversity in Switzerland and worldwide.

“Genome editing and respect for nature are not mutually exclusive,” says the environmental ethicist. “But equally, it would be a mistake to think we can simply carry on as normal and solve all the problems with technology.” Biotechnology may be one part of a more sustainable future, but it can’t save us on its own – we are also going to have to fundamentally change our habits as consumers.

Matthias Wüthrich also thinks our attitude to green genetic engineering could change. Wüthrich is a theologian who researches our relationship to technology and nature. “These two areas have overlapped for a long time,” he says, “but the question is where we currently find ourselves on the spectrum of what is seen as natural and acceptable and what not.”

The border between nature and human-created technology is fluid; where it is placed is the outcome of negotiation within society, and the increasing influence of technology will shift the boundary further, believes Wüthrich. “I think in 20 years we’ll have a quite different understanding of what is natural,” says Wüthrich, “because our perception of ‘nature’ will have changed.”

It is quite possible that we will see genetically modified cereals and vegetables as normal and natural. Wüthrich is still skeptical about the practical application of the Crispr/Cas9 gene scissors in agriculture, however. Until more thorough research has been done into the technology and its potential consequences, it will remain out of reach, believes the theologian.

One significant reason for the poor image of green genetic engineering is the fact that it is mainly associated with profit-oriented exploitation by multinational agribusiness. Companies such as Monsanto and Syngenta are criticized for their monopoly positions in the seed market and for making farmers in developing countries dependent on them, as well as for contributing little to the sustainable development of agriculture.

“The restrictive regulations on green genetic engineering play into the hands of these multinationals,” says Grossniklaus, “because they are the only ones with sufficient capital to bear the high costs of the approval processes for newly developed, genetically modified seeds.”

If genetically modified plants were treated like traditionally bred plants and their cultivation was allowed, that could change. “Then we would see a plethora of start-ups emerge,” believes Grossniklaus. “It would generate a huge boost for innovation and democratize the technology.” For Grossniklaus, such a boost is sorely needed: there is already a great demand for genetically modified plants in order to make global agriculture more sustainable and productive over the long term.