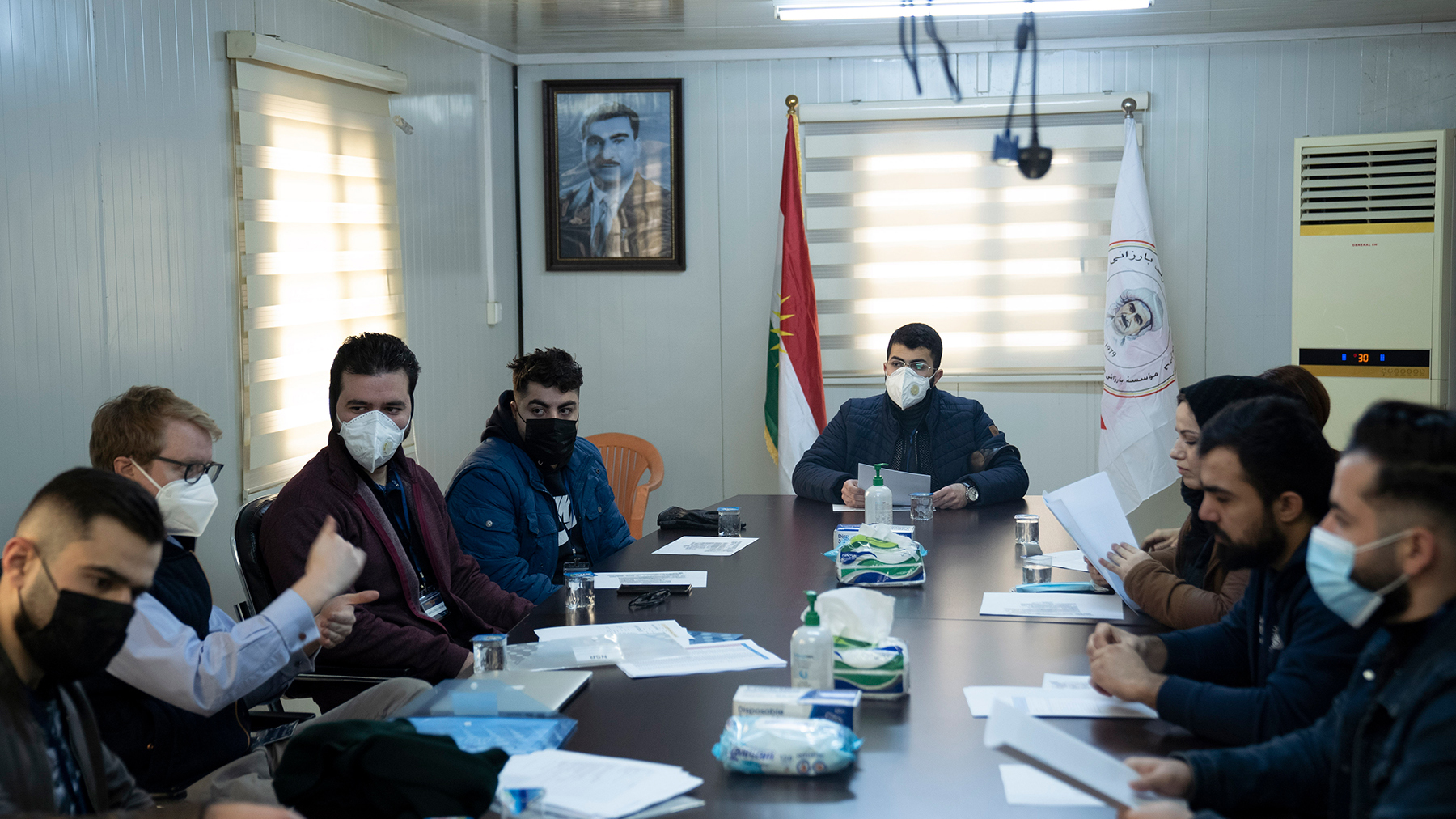 Jack Williams (on the left) during negotiations between the governor of Duhok and the UNHCR on the topic of establishing a sustainable source of energy in the Domiz 1 refugee camp for Syrian refugees. (Picture used with permission)

The IGN aims to improve our understanding of the nature and processes of global negotiation. Recent events in Ukraine show us what can happen when conflicts can’t be resolved through peaceful means. What went wrong?

Jack Williams: The war was Putin’s decision, and no one can read his mind. But his previous invasions in Crimea and Georgia as well as his claim that Ukraine doesn’t exist suggest that his ambition is to in some way restore the former Soviet Union. Russia’s criticism of NATO’s expansion in Eastern Europe should also be taken seriously. In any case, the West wasn’t prepared for this kind of aggression.

Were there any serious talks to try to avoid war?

Williams: There has been war in eastern Ukraine ever since Russia annexed Crimea in 2014. There were repeated attempts back then to resolve the conflict through negotiations, but to no avail. In the months leading up to the Russian attack, diplomacy did ramp up, but there were no serious talks between Russia and Ukraine. Looking back, it’s clear that the Russian invasion was planned well in advance. It seems unlikely that talks could have changed Putin’s plans – unless, of course, Ukraine and the West had agreed to meet all of his demands. But that was out of the question. The problem is that the tensions that had grown between Russia and the West over the past 20 years needed to be addressed much earlier. And previous Russian aggression – such as the annexation of Crimea – should have been punished more severely.

Looking at the current situation, what could be done to get negotiations started? 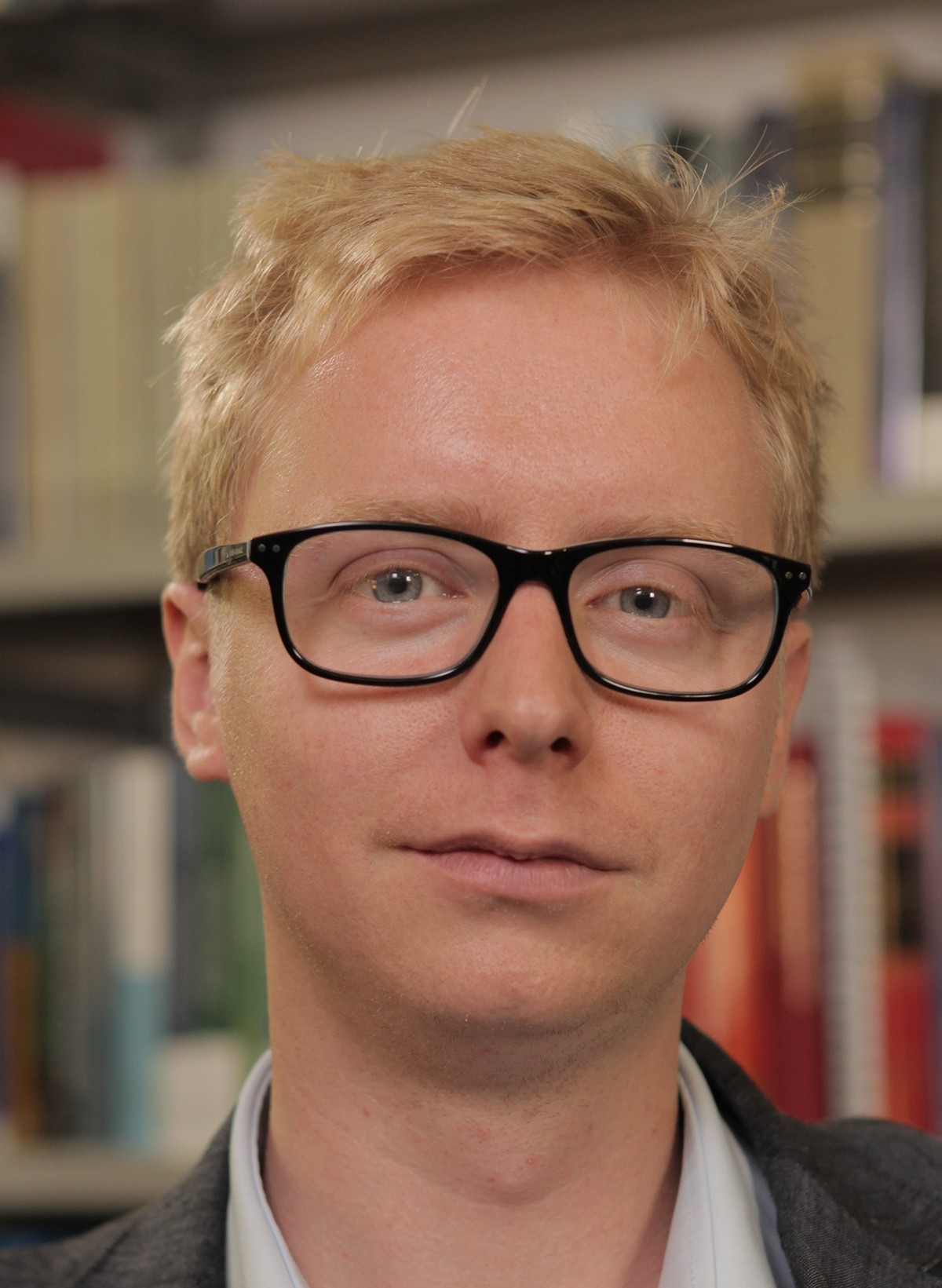 Jack Williams, founder of the Institute for Global Negotiation. (Picture used with permission)

Williams: People are currently still waiting to see how the war unfolds on the ground. That’s why I don’t think there’s a lot that can be done at this stage. There are talks, but they are focused on practical aspects such as establishing humanitarian corridors to allow civilians to flee the fighting. In any case, it seems as if the main objective is merely to give the impression of a willingness to negotiate. It’s just PR. There’s no basis for holding serious talks. However, this kind of wait-and-see attitude can change very quickly, since Western sanctions will have a massive impact on the Russian economy. Putin’s problem right now is finding a way to end the conflict, if that’s what he wants, without losing face.

Putin looks like he’d be willing to sacrifice the Russian armed forces to win the war.

Williams: Putin apparently believed he could invade Ukraine like he did in Crimea. But that hasn’t been the case, and there are major Russian losses. But this makes it even more difficult him to retreat and end the war. It’s a typical case of escalating commitment: The very fact that Putin has already invested so much means that he’ll continue down the same path, even if he keeps on losing.

Is there a realistic scenario in which the war ends soon?

Williams: De-escalation and an end to the fighting look unlikely at the moment. But a diplomatic solution is always possible, especially if things get more and more uncomfortable for Putin, be it through growing opposition in Russia or as a result of international isolation.

What does it take for talks to succeed?

Williams: Both sides have to be interested in negotiating a solution. This could be the case when there’s an impasse that hurts both sides; if both parties realize that they won’t be able to achieve their goals and aren’t satisfied with the status quo. It’s also important that both sides can sell any agreement as a “win”.

The goal of negotiations is to resolve conflict. How can the IGN help achieve this goal?

Williams: We believe that the more people know how to negotiate efficiently and constructively, the better. These are essential skills not only for diplomats and politicians, but in all spheres of life. The many challenges we’re facing – from climate change to global inequality – make it necessary for us to work together and find long-term solutions. The more people can stretch their horizons, the better.

Can you provide specific examples of the IGN’s work?

Williams: Our main contribution is the Global Negotiation Conference, which has been held since 2014 and lets PhD candidates work on solving a current international issue. This year’s topic is negotiating an outer space treaty. We also hold a series of talks by practitioners and academics on topics related to global negotiation. And we’re working on launching a number of research projects.

Do you also want to take part in negotiations in the future?

Williams: Yes, we’re looking into how we can support negotiations, especially when capacities are limited. I’m currently heading up a project that aims to provide a refugee camp in northern Iraq with a sustainable source of energy. These negotiations involve the local government, international organizations, refugees and the local population as well as private-sector businesses.

The IGN’s events at UZH are staged in collaboration with the Chair of Political Philosophy, held by Francis Cheneval.

The IGN aims to promote the use of negotiation and conflict resolution skills to address global challenges such as climate change and divided societies. To achieve its goals, members of the IGN participate in research projects, organize events and continuing education courses and build up international networks.

The next Global Negotiation Conference, which will focus on negotiating an international space treaty, will take place from 6 to 9 July 2022 at the University of Zurich. The keynote address will be delivered by Tarja Halonen, president of Finland from 2000 to 2012.