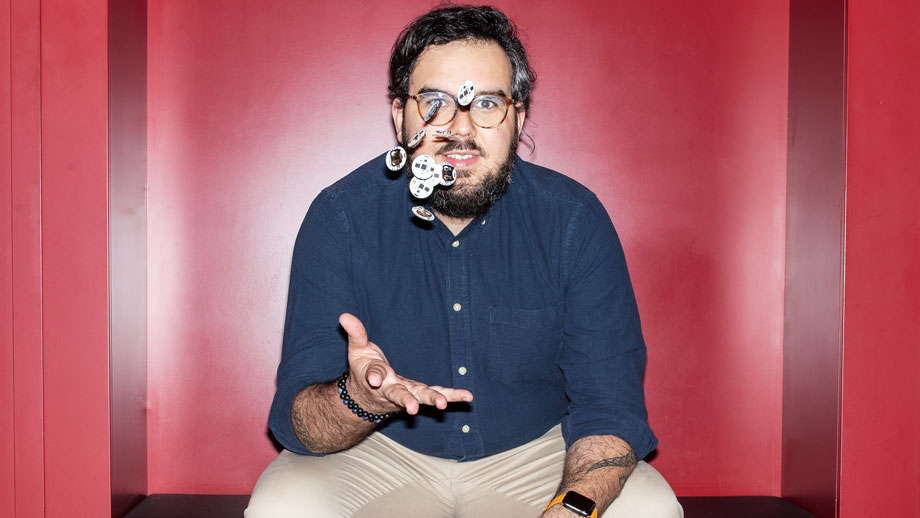 In the middle of the 19th century, London was battling a cholera epidemic that claimed 14,000 lives. Scientists at the time blamed vapors, called miasmas, for the spread of the disease. The doctor John Snow saw it differently. By collecting data he was able to prove that there was a particularly high number of deaths in the vicinity of a drinking water pump. When the pump was turned off, the wave of cholera infections came to a standstill. The story did not end there – a microbiologist Snow worked with was then, after testing water samples and patients, able to identify the disease-causing pathogen.

“Snow was a very innovative researcher – he solved the problem by looking at the epidemic from a new perspective,” says Onicio Leal. “As the first modern epidemiologist he is still a role model for me today.” Leal, 34, is also an epidemiologist and public health researcher – and like Snow, an extremely creative one. In his research he takes a fresh approach to public health practice using the latest digital technology.

The young researcher works at the Center for Child Well-Being and Development at the UZH Department of Economics. There he is involved in a project that aims to improve the living conditions and development prospects of children in Malawi. The project is right up Leal’s street: His motto, which also graces his personal website, is “Doing science with purpose”. He believes science should serve a specific social purpose. “I see myself as a bridge builder between research and society,” Leal says. Leal comes from the northern part of Brazil, where his parents are entrepreneurs and run a business in Caruaru, near the coastal city of Recife. When it came to choosing a career, he was certain that he wanted to do something completely different from his parents. He therefore picked scholarship over entrepreneurship and began studying biomedical sciences. However, he didn't really feel at ease in the field – the material was too remote from real life and far removed from his interests. His passion was not ignited until he began to study parasitology. Parasitic illnesses, such as worm diseases, are widespread in Brazil, especially in poorer sections of the population.

The problem preoccupied the young scientist. He saw that here was a chance to do something socially useful with his research. And so he began to investigate schistosomiasis, a widespread worm disease that is transmitted through the skin and can cause eczema and lung problems. During his Master’s thesis, which he wrote at the Oswaldo Cruz Foundation, the largest institute for public health research in South America, he developed a digital platform that made it possible to track the local development of the disease in real time and thus enable targeted interventions. He was assisted by his supervisor, Jones Albuquerque, a computer scientist who is now also Leal’s business partner.

The project was such a success that in 2013, Leal and Albuquerque turned their idea into a business and founded a startup called Epitrack. And suddenly Onicio Leal realized he had become what he never intended – an entrepreneur. Luck was on the side of the fledgling business. A year after they launched the company, the FIFA World Cup was held in Brazil, a behemoth event to which people flocked from all over the world. It was important that the soccer fans were not only entertained, but that they stayed healthy during their visit. This was the opportunity for Epitrack, because during a World Cup there is higher risk of infectious diseases such as measles and dengue fever breaking out or respiratory diseases becoming rampant.

Epitrack, supported by the Brazilian Ministry of Health, was therefore tasked with providing more extensive and more detailed information on any disease outbreaks. The company had its first customer. “It was a great stroke of luck for us,” says Onicio Leal. “It meant we could get going immediately without the need for seed funding.” They developed an app via which visitors to the World Cup reported symptoms, which could then be assigned to specific disease groups, giving organizers a picture of potential disease hotspots.

After this promising start, the company began to falter. To keep their heads above water financially, Epitrack’s founders had to increasingly focus on consulting and data analysis for health insurers instead of innovative projects. “I wasn’t too interested in that,” says Onicio Leal. He therefore decided to devote more time to science and research again. He applied for a postdoc position at UZH and moved across the Atlantic with his wife to take up the job. Since then he has been conducting research at the Center for Child-Wellbeing founded by UZH professor of economics Guilherme Lichand. Lichand also hails from Brazil and like Onicio Leal is a social entrepreneur and startup founder.

The two scientists also share a commitment to benefiting society with their research. The aim of their current project is to enable children in Malawi to have a healthier and happier childhood. The interdisciplinary project combines approaches from the field of behavioral economics with public health activities, and harnesses the latest digital technology – in other words, an area in which Onicio Leal already has a good deal of scientific and practical experience. “We use wearables, i.e. portable digital detectors, to collect biological information that tells us about the health and development of a large number of children,” Leal explains. This data should highlight problems and allow NGOs and governments to quickly review the effectiveness of interventions. At the same time, the information could serve as an early warning system to predict and thus prevent potential epidemics.

Epitrack, meanwhile, has also made inroads in Switzerland. In a project with the Cantonal Hospital of St. Gallen, Leal’s startup is studying the development of disease symptoms and health problems associated with Covid-19 in the hospital’s employees. In the future, however, the busy researcher would like to concentrate primarily on his academic career – he is aiming for an assistant professorship. His motivation? “I want to pass on my passion for science to students, and inspire them to become social entrepreneurs too.” Leal is confident that he’ll reach his goal: “I’m playing hard,” he laughs.