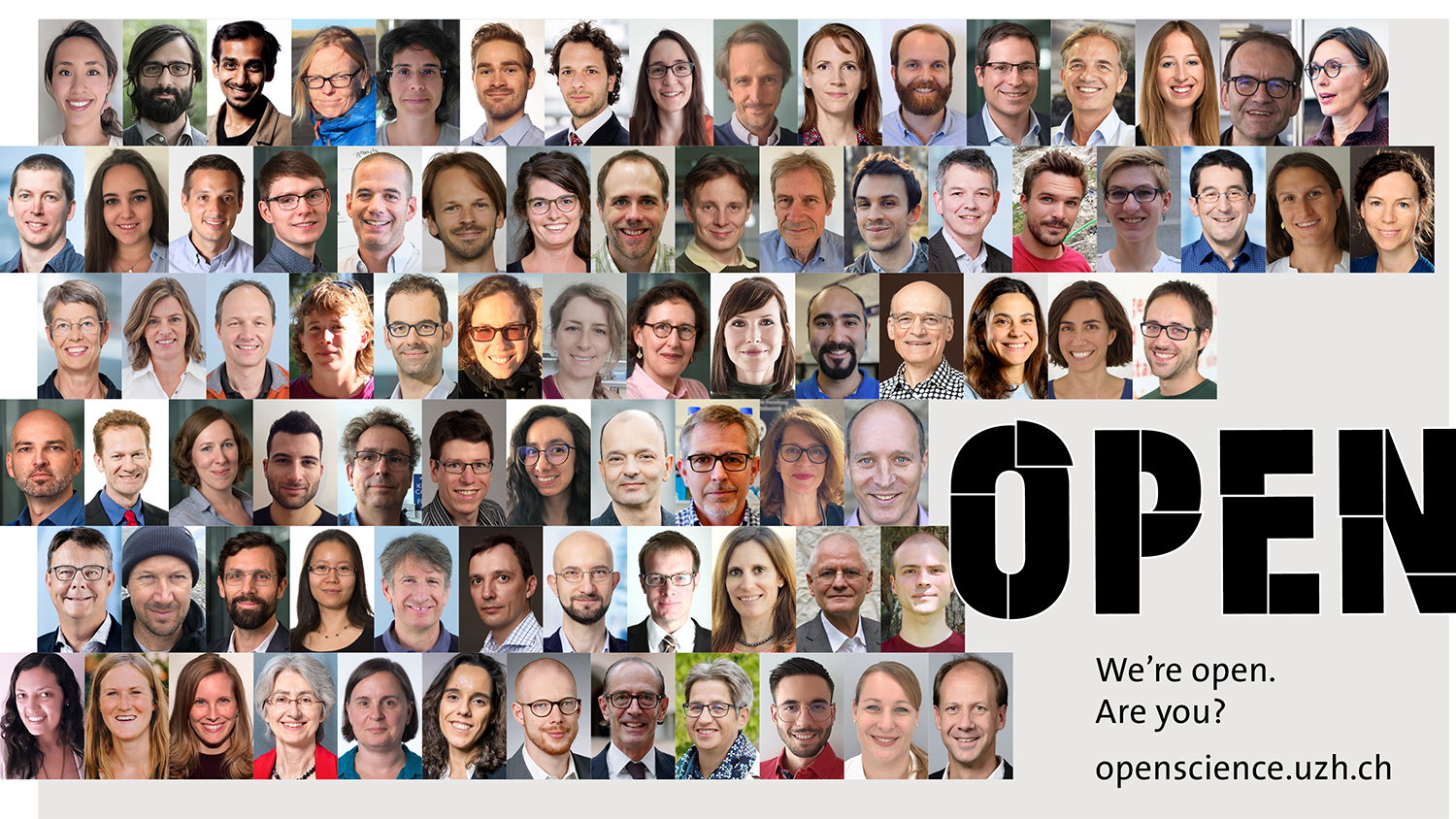 The university takes on a pioneering role and consistently follows the path towards Open Science.

The University of Zurich has just taken a big step forward on the open science path. At its meeting on 28 September 2021, the Executive Board of the University approved the Open Science Policy, with the aim of establishing a culture of open science as standard practice going forward. “The future is open science. The policy sets out the vision and aims that we want to achieve step by step in the coming years,” says Elisabeth Stark, Vice President Research. Instead of issuing binding requirements, the policy makes recommendations to researchers. According to the policy, it is expected that the principles of open exchange, transparency and reproducibility of data and research projects will be implemented in everyday processes.  The policy was developed by the Open Science Committee and the Open Science Team in collaboration with the Office of the Vice President Research.

The aim of open science is to make “any kind of scholarly output accessible, be it data, publications, methods or tools,” explains the policy in its introduction. Public and free access to academic output and publications is therefore a core concern. The policy gives detailed information about how this requirement can be met. For example, publications should be made available free of copyright and licensing restrictions, digitally and online. Recommendations are given for various open access options suitable for different situations. Another area the policy focuses on is research, more specifically research methods. The approaches used should ensure reproducibility, transparency, efficiency and robustness. In the interests of efficiency, negative or unintended results should in future also be published to avoid duplication.

In addition to the topics of open access and research methods, the policy also focuses on the cultural change that open science will bring: An open and fair scientific culture also requires open research institutions. Among other things, this affects the evaluation of research achievements as well as career advancement. The policy refers in this regard to the San Francisco Declaration on Research Assessment (DORA), which was already signed by UZH in 2014. According to the declaration, bibliometric metrics such as impact factors should be abandoned in favor of a more holistic approach.

The policy is the result of a participatory process. In fall 2020, all staff and students had the opportunity to comment on a draft version of the Open Science Policy. More than 2,000 UZH members participated in the consultation, and faculties and institutes/departments also contributed their opinions. “An overwhelming majority welcomed the proposed path toward an open science culture,” say Katherine Hermans and Manuela Höfler, co-heads of the Open Science Office. However, some concerns and fears were also expressed. One was that open science should not jeopardize the future employment opportunities of researchers. Another was that different requirements of the individual subject areas should be taken into account in the implementation. Many comments also pointed out that the envisioned transformation of the scientific culture would take time and resources. Based on the feedback, the policy now contains recommendations rather than strict requirements. “The participation process has helped us create the basic framework with which to implement a culture of open science,” say the co-heads.

Now that the policy has been approved by the Executive Board of the University, the implementation phase begins. An implementation plan is currently being drawn up to guide the process, which will take place over several years. Among other things, UZH is developing various support measures such as data management support or open access training courses. Furthermore, it is planned that the open science activities of applicants will be systematically recorded in the future and taken into account in recruitment procedures. The measures are being taken in coordination with the National Open Access Strategy and the swissuniversities National Strategy for Research Data published this summer. The policy offers concrete recommendations to make science verifiable, efficient and accessible to all. In approving the policy, UZH has taken a big step towards open science. Now the real work of implementing the policy begins.