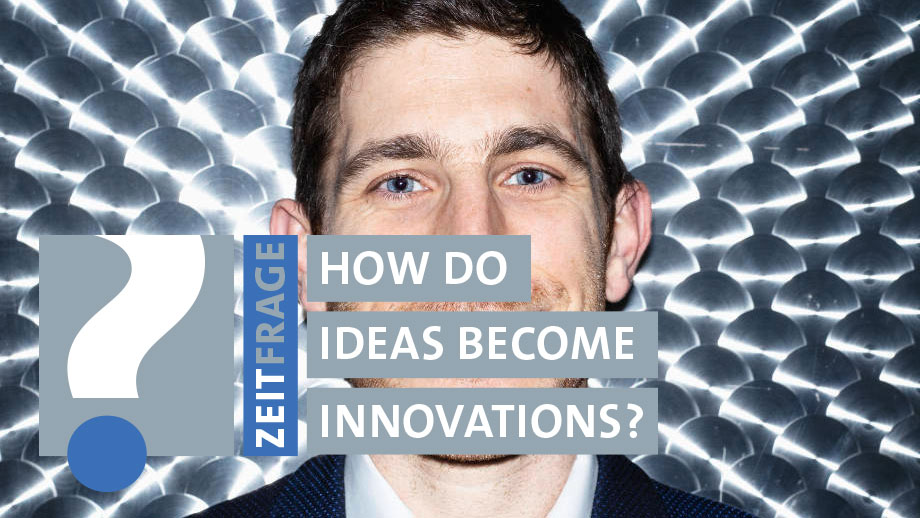 Neuroscientist Tommaso Patriarchi has shed light on the internal workings of a mouse's brain – using fluorescent neurosensors, which shine in a certain color, depending on which chemical messenger docks onto them. Patriarchi developed the sensors himself, an achievement that led to his own "Eureka moment": "I'd tried hundreds of molecules, and when I found the one that worked, I jumped up from my chair. I was so excited because I knew I'd struck gold."

The gold shone green on Patriarchi's screen: It was the first sensor he had developed for the neurotransmitter dopamine, a chemical messenger also known as the happiness hormone because of the way it influences our emotional state. At that moment Tommaso Patriarchi was feeling pure delight, and he duly named his light-emitting invention "dLight".

Fascinated by the brain

"dLight" was Patriarchi's scientific breakthrough. Today, his sensors are used to study the brain in laboratories around the world. In the meantime, his team has developed further sensors for other chemical messengers. "We're aiming to create a toolbox with a range of different sensors," explaines the 33-year-old explains assistant professor at the Institute of Pharmacology and Toxicology at UZH. "There are hundreds of neurotransmitters in the brain. Each one sends specific messages and regulates specific functions."

Even as a young child, Patriarchi was fascinated by the brain, "the most complex product of evolution, which continues to be one of the greatest unsolved mysteries to this day," as he says. Using the sensors, he's hoping to decipher the processes that underlie our brain functions: The interaction between the neurons when they communicate with each other via the different chemical messengers, which he calls the brain's chemical language. "It moderates all the processes that either take place in the brain or are controlled by the brain, such as movements, perception, our emotions and our thinking," Patriarchi explains.

But, how do neurons "talk" to each other? "They do so using neurotransmitters, which are small molecules that can be described as the words that the neurons call out to each other." Neurotransmitters are released and received by neurons. To enable reception, neurons are built with receptors on their surface, one for each specific messenger. To make each receptor visible, Patriarchi marked it with a fluorescent protein, which lights up when the messenger binds to the receptor.

Patriarchi's sensors provide a high-resolution view of the temporal and spatial dynamics of the chemical messengers in the brain. "The sensors enable us to, say, distinguish dopamine from other neurotransmitters," the UZH neuroscientist explains, "and we can track how it docks onto neurons. This wasn't possible before."

Thanks to Patriarchi's fluorescent sensors, imaging techniques can be used to observe how neurons "talk" to each other and what this dialogue triggers. In the case of dopamine, the result is, at best, feelings of happiness or reward. But if communication between the neurons takes a turn for the worse, the opposite can result: psychosis, for example, or other mental disorders. "The release of neurotransmitters such as dopamine or serotonin influences our mental state," Patriarchi says, "and any disturbance can lead to disorders such as depression or drug addiction."

From Siena to California

Tommaso Patriarchi's scientific career began at the University of Siena. From there, he went on to do a PhD at the University of California in Davis. At that time, he was researching how neuroreceptors work and how they regulate neuronal activity. "From my work, I realized that we were lacking the tools needed to make progress in our field of research and better understand brain function," the neuroscientist recounts. He did some investigating and discovered the technology with which he is now achieving so much success: Genetically encoded sensors. These sensors use fluorescent proteins to illuminate neuronal activity, thereby rendering it visible, and forming the key to enhancing our understanding of the brain's processes. The most well-known example is the protein from the jellyfish Aequorea victoria, which shines green when illuminated with blue light. Its discovery was awarded the Nobel Prize in Chemistry in 2008.

"Optogenetics has revolutionized neuroscience over the past 15 years," Patriarchi explains. It was his decision to take part in the revolution that led to the development of his first own optogenetic sensor, "dLight".

Patriarchi has been building up his lab and team at UZH for a year now. In addition to some 800,000 Swiss francs from the SNSF, he has also received an ERC starting grant of 1.5 million euros, both of which mean that funding is secured for the next few years.

And his new lab can already report its first scientific success. "We've developed three new sensors for neuropeptides, each created by a different student," Patriarchi announces with pride. One is set to be submitted to a leading journal in the field very soon.

Patriarchi now wants to move on to the next stage and use his sensors to solve biological questions: "Our plan is to investigate the mechanisms of brain diseases." The results will be highly anticipated. Who knows? Maybe Tommaso Patriarchi and his team will strike gold again.