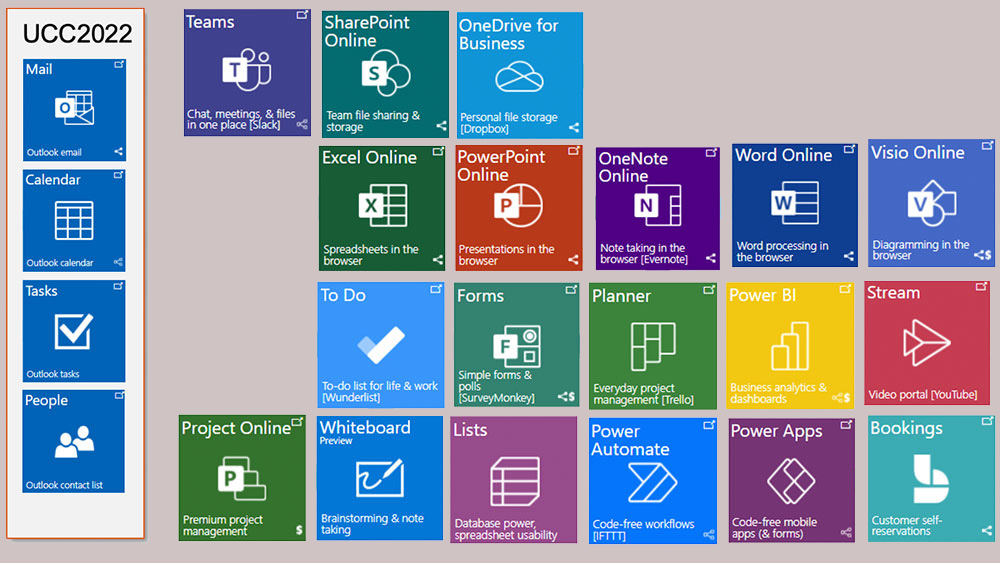 UZH employees have been using the MS Teams since the beginning of the pandemic.  Over the past year and a half, the software has become an important platform within UZH for holding meetings, exchanging ideas and organizing tasks in an online setting.

Teams is part of the Microsoft 365 software package, which features a range of additional programs, including Word, Excel, PowerPoint or OneNote – tools that are also used at UZH.  UZH employees will now also be able to work with Outlook, the e-mail and calendar application of Microsoft 365. The current applications HCL Notes Mail, Calendar and Chat as well as HCL Connections will be replaced.

“The transition of our e-mail and calendar systems to Microsoft 365 is the last piece of the puzzle to an integrated collaboration platform, which we’ve called UZH365,” says Urs Trachsel, who heads up the university-wide migration project together with Sven Wissmann. The shift to Microsoft 365 brings many advantages, according to Trachsel. “It allows UZH employees to do a lot of their work within the same user landscape.”  Since data is synchronized in the cloud, users can access their files from their desktop, smartphone or iPad – using an app or directly in the browser. Thanks to the interface with Teams, there are many new tools that will make everyday work easier.  For example, you can invite people to a Teams meeting directly from your calendar, and then join with just one click.  Or you can assign tasks to other users in a Teams chat, and the tasks will then be added to their calendar.

The move to Microsoft Outlook will be staggered process. The e-mail accounts of UZH students have already been migrated. UZH employees are next – the first pilot groups, including Central IT staff, will start in mid-November. From December until the end of April 2022, the e-mail accounts of administrative and technical staff, non-professorial academic staff, professors and teaching staff will follow one after the other. An e-mail with information will be sent out to each user 14 days before the switch. The data migration itself will take no longer than five days, with all data from the old Notes mailbox and calendar as well as all contacts automatically copied to the new Outlook mailbox, including the structure of folders. Employees will be able to access their Notes data up to four weeks after the migration.

“Employees will be closely supported when it comes to introducing and operating Outlook,” says Urs Trachsel.  His project team is offering a variety of help services, such as webinars or a community platform (see box). “We will also train so-called champions, who will advise and train their colleagues in the same organizational unit so that we can all benefit from the numerous functions of Microsoft 365,” says Trachsel.

The shift of e-mail and calendar applications is part of a university-wide project of the Central IT Office aiming to standardize collaboration tools. “We began looking for the most suitable solution for working together in a modern way even before the pandemic started,” says Trachsel. The search included reviews of various software providers regarding criteria such as user-friendliness, operating costs, complexity or future viability. “Microsoft 365 clearly came out on top,” says the project leader. Data security also played an important role. According to Trachsel, choosing Microsoft ensures this security in line with cantonal and university data protection regulations.

Data synchronized in the Microsoft Cloud (e.g. OneDrive) will be stored on servers in Switzerland. “Microsoft carries out very elaborate and complex security functions on their cloud servers.  Data stored there is thus more secure than on our UZH servers.  We don’t have the capacity for such sophisticated server maintenance,” says Trachsel.

From HCL Notes to Microsoft 365 (Outlook)