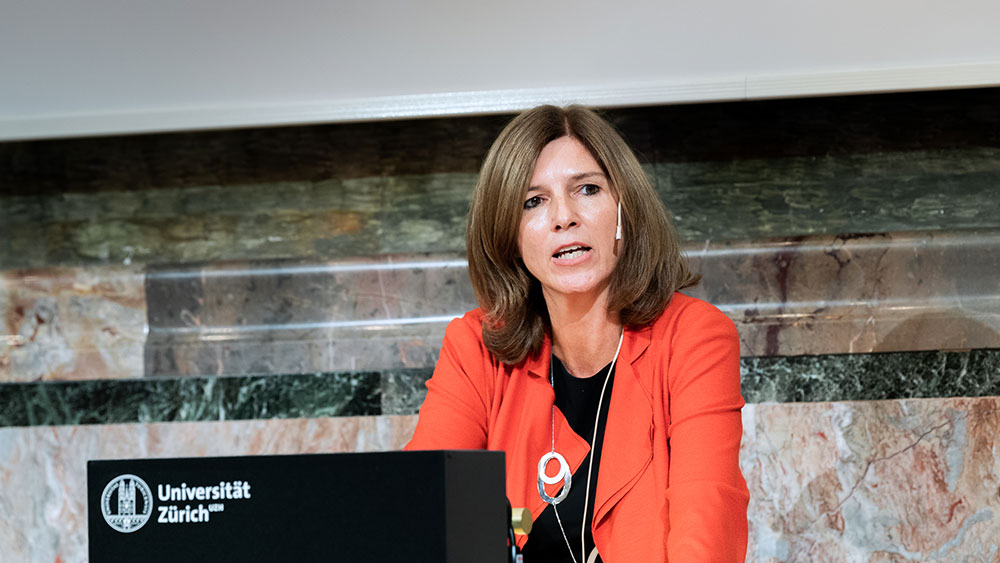 “It is often not until later that you realize a revolution has just taken place,” says bioethicist Alta Charo in the documentary Human Nature. The CRISPR Revolution, which tells the story of CRISPR’s development. In the same movie, another researcher enthusiastically explains that he can use CRISPR to breed extinct mammoths and reintroduce them to the tundra, while a boy with sickle cell anemia learns that the disease could be eradicated thanks to the new method.

The film, which was shown at the kick-off event of the new University Research Priority Program “Human Reproduction Reloaded | H2R” (URRP H2R), documents the impressive possibilities of CRISPR, as well as portraying the excitement among the scientific community about the technique and how it could determine the future course of humanity.

CRISPR is based on a natural defense mechanism of bacteria against viruses, which can be harnessed as a tool in genetic engineering. Interventions in the germline are banned in most parts of the world – and yet, in 2018 a Chinese researcher deliberately switched off a gene in a set of human twin embryos. A worldwide debate ensued about the ethics of the method. This debate will also be addressed by the URPP H2R, as the consequences of CRISPR are currently an unknown quantity.

The URPP H2R officially came into being on 1 January 2021, but the kick-off event had to be postponed twice due to the pandemic. Finally, on Friday last week, it took place in the main lecture hall at UZH.

For several decades now, developments in the field of reproduction have been proceeding at a rapid pace, said law professor Andrea Büchler, director of the URPP H2R, in her introductory presentation.

According to Büchler, three historical events had fundamentally changed human reproduction: The approval of the birth control pill in 1960; the birth of the first baby conceived through in vitro fertilization in 1978; and the first genome-edited babies in 2018. Reproduction today was no longer a stroke of fate or an unavoidable occurrence – it had become a matter of personal choice, and more and more a question of design.

The developments had unleashed many fears, she said, such as that reproduction had moved too far from what was considered “natural”, or that children could be genetically “upgraded” thereby undermining the freedom and equality of all humans. CRISPR technology raised fundamental questions, said Büchler: Questions about autonomy and responsibility, human dignity, nature, parenthood, equality, justice, child welfare and risk assessment. 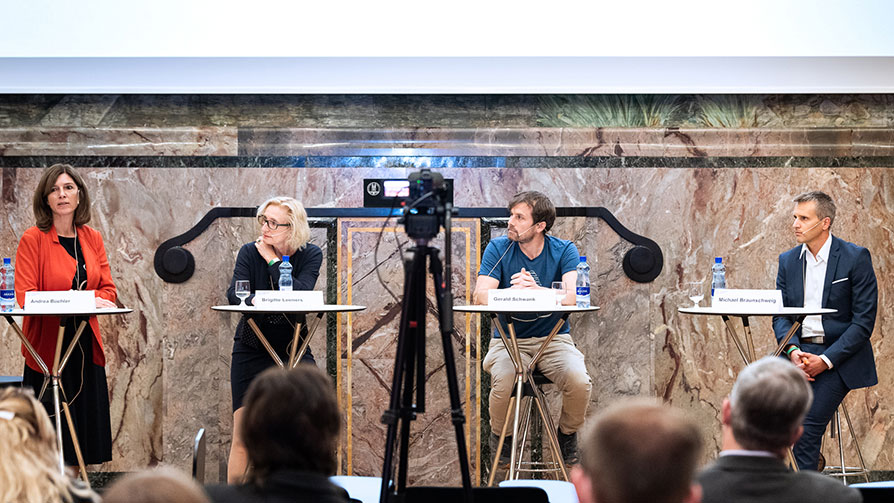 Panel with Andrea Büchler, Brigitte Leeners, professor of gynecological endocrinology and reproductive medicine, Gerald Schwank, professor of neuropharmacology, and Michael Braunschweig of the Institute of Social Ethics at the UZH Center for Ethics (from left to right) (Image: Frank Brüderli)

Understanding the effect of technologies

“These are the questions we are addressing. We want to lead a broad social and scientific debate in Switzerland and internationally,” Büchler said. CRISPR, however, was only one of several areas under the umbrella of the research program on reproduction and medicine, she continued. The URRP H2R would be examining the challenges posed to human reproduction by rapid technological advances and societal change. “We need to know more about how people make reproductive decisions, their motivation, the effect of cultural and religious values, the influence of societal discourse and expectations, for example, and about the effects of new technologies on individuals, families, the economy, cultural norms and society as a whole,” Büchler explained. (See also box on the URRP H2R)

The screening of the documentary film was followed by a panel discussion between Andrea Büchler, Brigitte Leeners, professor of gynecological endocrinology and reproductive medicine, Gerald Schwank, professor of neuropharmacology, and Michael Braunschweig of the Institute of Social Ethics at the UZH Center for Ethics. The three professors on the panel are co-leaders of the URRP H2R, while Braunschweig is a postdoc in the URPP. Schwank explained that the CRISPR method was initially crude, as it cut both strands of DNA at once and serious errors could occur during the subsequent gene repair, but that nowadays it had become more precise. But whom could this method help? The CRISPR system could in theory cure genetic diseases, said Schwank. It might be possible to extend the lifespan of children born with severe epilepsy, for example. However, as the method could only be tested on mice, there was still a long way to go before it could be applied to humans, Schwank explained. 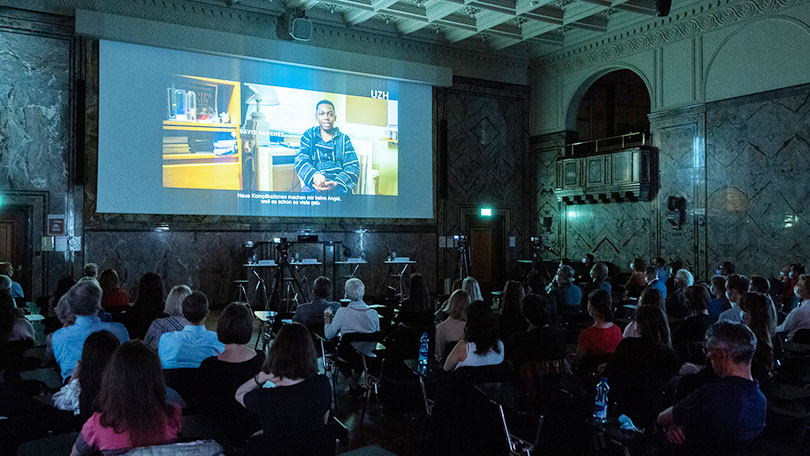 The boy in the film Human Nature has sickle cell anemia. This disease could be eradicated with the CRISPR method. (Image: Frank Brüderli)

What possibilities do the genetic scissors open up in reproductive medicine? Brigitte Leeners recounted a conversation she had had that morning with a patient whose embryos all had a genetic defect after artificial insemination. It was enormously stressful for the couple, she said. The possibility of correcting such abnormalities – often very localized – without the risk of causing other unwanted changes would offer hope for many people who long to become parents.

However, added Leeners, the initial fundamental question to be answered was whether it was even conceivable to allow the use of CRISPR technology in reproductive medicine. Social ethicist Michael Braunschweig explained that the new technology should only be used if the person undergoing treatment was in agreement, because changing the genetic code ultimately entailed changing the basic building blocks of an individual human being.

That thought echoed a very memorable scene from the film shown earlier in which the boy with sickle cell anemia was asked if he wished he’d never had the disease. His surprising answer: “No, because then I wouldn’t be me.”

The URPP H2R is planned for eight years.

1. To research and analyze reproductive decisions:their legal, medical, and social prerequisites, contexts, and effects; their consequences for the individual person as well as for families and society; and their economic implications, technical-medical limitations, and normative assumptions.

3. To contribute to a better understanding of the future challenges of reproduction, fostering meaningful conversations among stakeholders and the wider public that situates science and technological advances more clearly in the context of values and norms.

On Tuesday, 19 October 2021, from 4:15 p.m. to 5:45 p.m., as part of the lecture series "What is Man? Anthropological Perspectives", a lecture by Prof. Eben Kirksey (author of "The Mutant Project") will take place on the topic: Genetic Relations: Human Reproduction in Times of CRISPR.