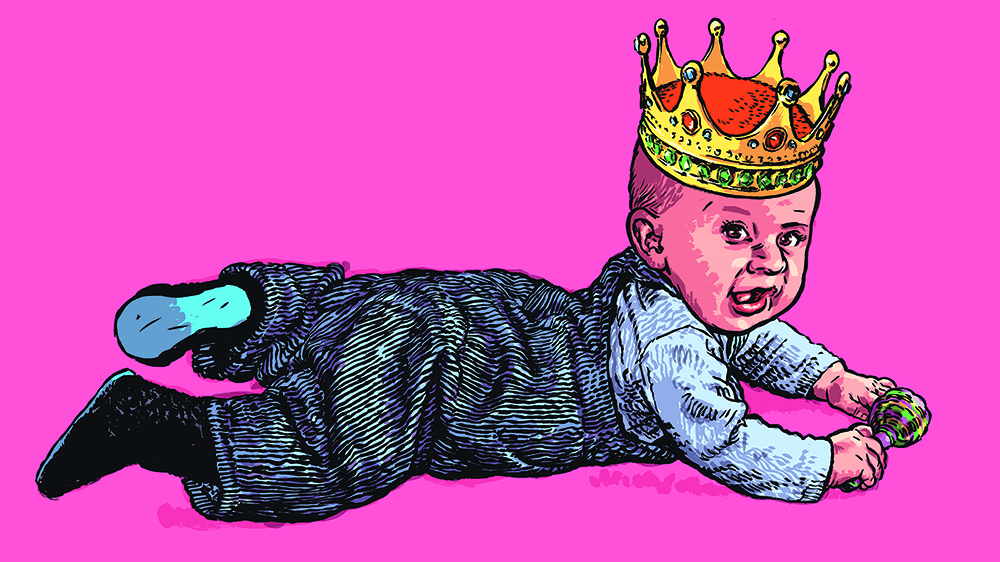 königliches Baby
“We humans are competitive beings, which is why gene enhancement with no real need is dangerous.” Gerald Schwank, geneticist (Image: Benjamin Güdel)

On 25 November 2018, the young Chinese biophysicist He Jiankui appeared on YouTube to report the birth of the world’s first genetically-edited babies. He had immunized the twin girls Lulu and Nana against HIV infection before their birth by modifying the receptor the HIV virus normally docks with. The experiment created enormous waves, with people in scientific circles labeling it premature, crazy, irresponsible, unethical and dangerous.

Indeed, by making the intervention, He Jiankui had crossed a line – also in terms of the laws applicable in China. A good year after his action, which he himself saw as a breakthrough in genetic research, He Jiankui was sentenced to three years in prison and a fine equivalent to CHF 400,000.

“The intervention was clearly illegal,” concurs Gerald Schwank, a scientist who studied genetics in Vienna and was recently appointed associate professor at the University of Zurich’s Institute of Pharmacology and Toxicology. In academic terms, Schwank grew up with CRISPR/Cas. Looking back, he now he describes the original method as “genetic vandalism”; initially the molecular scissors were rough, cutting both strands of DNA at once, with the risk of serious errors in the subsequent genetic repair. In the meantime, the cutting tool has gotten more precise. In so-called base editing – the first refinement of CRISPR/Cas – the scissors separate only one strand of DNA at the right place for genetic manipulation. An enzyme then rewrites the gene’s chemical base structure with pinpoint accuracy. “However, base editing only allows limited changes to the genetic material,” says Gerald Schwank. Theoretically this technique could be used to correct around half the mutations responsible for congenital diseases.

Schwank is therefore already working on the second refinement to CRISPR/Cas, so-called prime editing. A prototype was presented in October 2020. Prime editing works more flexibly than base editing. The molecular scissors can be used to exchange several building blocks at the same time, and make any desired base-to-base conversions possible. This means that it should be possible to use prime editing to correct almost 90 percent of all malignant mutations. Gerald Schwank aims to refine prime editing to such an extent that it can be used to repair not only lab-grown cells, but also cells in human and animal tissue.

Who will this benefit? “With genome editing, we’re not addressing symptoms. We can actually cure genetic diseases,” explains Schwank. This could give children born with severe epilepsy or leukodystrophy the chance of a longer life. It could also be used to eliminate more widespread conditions. People with chronic liver disease would have the option of a genetic procedure rather than a strict diet or organ transplant. Gerald Schwank is already experimenting. But he has a caveat: “The gene scissors are relatively easy to use in the lab, but in the human body it’s going to be incredibly difficult. I have to make sure that only what I want to happen happens, and nothing else.” Unintended cell mutations could quickly form a tumor.

This also applies to prenatal interventions in the genetic structure. The relatively safe method of preimplantation genetic diagnosis is already in use. For example, if one parent has Huntington’s disease, the congenital disorder can be eliminated during in-vitro fertilization from the test tube by using only healthy ova.

“The CRISPR method would go even further,” says Schwank. “It could be used to prevent non-monogenetic diseases such as Alzheimer’s or obesity. But first we’d have to know what genes interact when a condition of this sort arises.” Taken to its logical conclusion, the method could probably also be used to eliminate cancer. So should we be optimizing human fetuses some day? Or pimping the parents’ genes even before that? Gerald Schwank takes an extremely critical view of so-called gene enhancement. “There’s a big risk of abuse with CRISPR/Cas; maybe not here in Switzerland, but the gene scissors work anywhere in the world, and not all countries have laws regulating their use.” Gerald Schwank – like most scientists – draws the line for genome editing right after serious congenital diseases.

“We humans are competitive beings, which is why gene enhancement with no real need is dangerous.” We’d have parents determining the nature and character of their children. The race for the optimal designer baby would be on. The rich could afford better children than the poor. People would be changed in ways that could ultimately work to their disadvantage. It’s precisely these issues that Schwank and his team want to address in the new Human Reproduction Reloaded University Research Priority Project and discuss with theologians and legal experts.

So far Schwank has worked primarily with mice. It’s hard for him to predict what CRISPR/Cas will do to people. But one thing is clear: Thanks to rapid advances in artificial intelligence, it will soon be possible to decipher gene sequencing and gene variations more quickly and understand them more fully. This could enable CRISPR/Cas to also help with complex genetic disorders. “In the meantime, however,” says Schwank, “we’re likely to see genetic scissors being used for monogenetic diseases – in diagnosed patients, not unborn children.