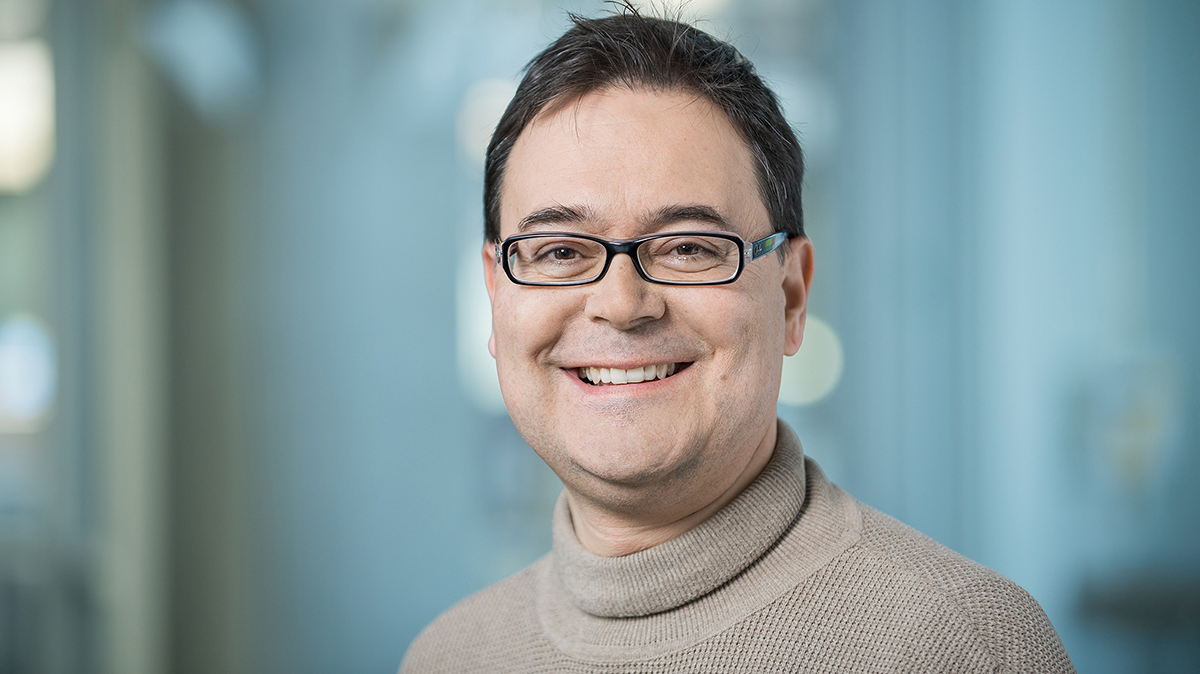 Jordi Bascompte, you are the laureate of the 2021 Ramon Margalef Prize, awarded by the Government of Catalonia and worth 80,000 euro. Congratulations! Can you briefly explain the significance of the prize and tell us who Ramon Margalef was? He’s not that well known in these parts.
Margalef was one of the most influential ecologists of the 20th century. He is most well known for having introduced information theory in ecology and for advocating a view of ecosystems based on basic, general physical principles, mainly thermodynamics. This prize was created in 2004, the year Margalef passed away, as an homage to his legacy.

You are Catalan and studied in Barcelona. Now you’ve received a prize from your homeland that renowned scientists like the ecologist David Tilman or the population biologist Paul Ehrlich have also received. What does this prize mean to you?
I am deeply honored for having been awarded this prize, which has a special meaning for me for two reasons. First, the amazing list of legendary ecologists who have preceded me in obtaining this award. No doubt I am in good company!  Second, because Margalef is the scientist who has had the most significant influence on my career.  I started being acquainted with some of his books quite early, while I was in high school.

Later on, Margalef served as the chair of my PhD committee, which gave us ample opportunities to interact. He was one of the wisest people I have ever had the privilege to meet, and a truly Renaissance man, interested in a wide range of topics. But above all, he was an outstanding human being, very humble and with a great sense of humor. For example, he used to define ecology as all that remains in biology once the important topics have already been given a name.

The prize is awarded in recognition of your work as an ecological scientist. You are known for your mathematical work describing networks of biological interaction e.g. between plants and animals. Why is this research important for the understanding of ecology?
One of the most fundamental, long-lasting questions in ecology is understanding the coexistence of so many species, what Margalef used to call the Baroque of Nature. And yet, the majority of our theories focus on pairs of interacting species. Networks provide a broad conceptual framework to fill this gap by emphasizing the complex web of mutual dependencies among species that act as the architecture of biodiversity.  Understanding the functioning and robustness of natural communities requires thinking in terms of networks.

Your most recent paper, which generated a great deal of media attention, was about the extinction of languages of indigenous people and the accompanying loss of medical knowledge. Quite a surprising topic for a mathematical ecologist. How did you come up with this topic?
That paper represents a beautiful collaboration with my senior postdoc Rodrigo Cámara-Leret, who is an expert in indigenous communities. Prior to our work, several platforms had recognized the need to incorporate the underexplored role that culture plays in enhancing the beneficial contributions of nature to people, and yet it was unclear how to actually do so. Rodrigo understood that the network approach we had developed could be a great way to explicitly map the intertwined influence of the ecological and cultural heritages as a first step to assess the robustness of such indigenous knowledge networks to both species and language extinction. Once and again, the application of new quantitative tools to tackle old questions from a novel perspective has been proven to lead to major advances.

The development of biological diversity lies at the heart of your research. How bad is the loss of biodiversity in nature that we are currently experiencing? What’s at stake?
Many ecologists believe that the Earth is close to a global tipping point. In the end, what’s at stake is our quality of life as a species. It all boils down to making a choice about the type of future we want for us. In one such a future, we humans continue benefiting from the multiple services provided by biodiversity, such as pollination of crops, provision of aliments, and control of the climate. One the other hand, the alternative scenario is one where we will struggle as a species. It should be clear what the choice should be. If not for the sake of nature, at least for our own sake.

Thankgod Onuoha commented on 25 October 2021, 12:36 Potential postdoctoral fellow I have just gone through your research work and i will like to be a member of your team so i can broaden my quest for knowledge and also impact knowledge to those students in my institution who also aspire to be like you. Thanks Dr.Onuoha,T