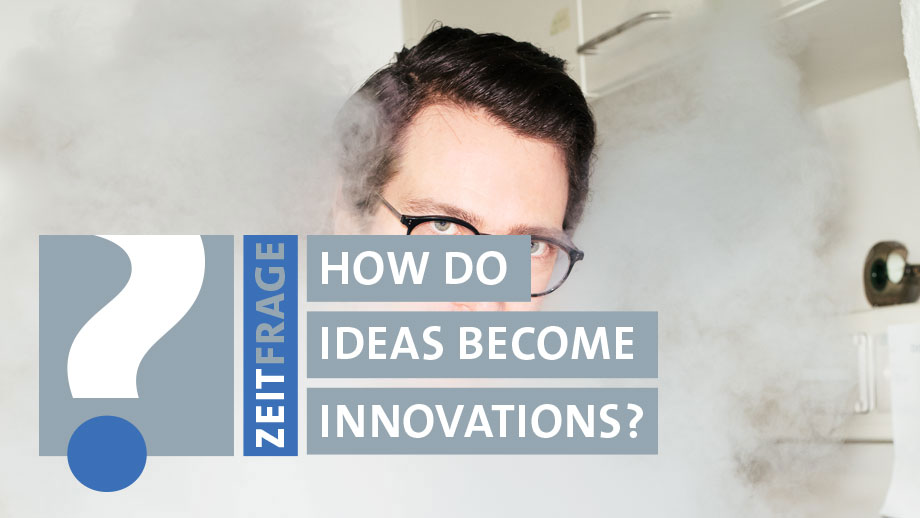 stefan Dudli
Stefan Dudli: "In the U.S., researchers are constantly thinking about how to turn basic research into a product." (Image: nathub)

Back pain is one of the body's most common degenerative diseases, causing much suffering and high healthcare costs. The crux of the problem is often the lack of a long-term therapy – which is what biochemist Stefan Dudli is looking to change. His research focuses on pain in the lower back caused by inflammatory changes, known as Modic changes (MC), named for the radiologist Michael Modic, who described them in 1988.

In Switzerland, about 30,000 people suffer from this type of chronic back pain every year; in the USA, the figure is about 1.5 million. Researchers don't yet know for sure what causes the disease. "At the moment, there are two hypotheses," Stefan Dudli says. One theory sees the pain caused by an autoimmune reaction of the bone marrow, triggered by waste products from the degenerated disc. The other holds bacteria responsible for the inflammation.

The result is the same, but it makes a big difference in terms of which type of therapy to prescribe. Bacteria are best fought with antibiotics; on the other hand, if the autoimmune reaction hypothesis proves true, then a different anti-inflammatory remedy is needed. This is where Dudli's idea for a long-term cure comes in: he is currently in the process of developing a therapy that uses stem cells to stop the inflammation. "This would also make the pain go away." Unlike treatment that uses cortisone and other steroids, which only temporarily relieve the pain, Dudli plans to use stem cells to prevent the autoimmune reaction that leads to the inflammation.

From Alaska to Tierra del Fuego

Dudli's preoccupation with back pain began in an Internet café in Patagonia more than a decade ago. After completing his biochemistry studies at UZH, he fulfilled a dream and rode his bike from Alaska to Tierra del Fuego. He was on the road for twenty months. "At the time, I wasn't sure whether I should do a PhD or not," he recalls. Toward the end of his trip, his then-girlfriend and now wife suggested he do a thesis on the topic of back pain. Dudli thought this could be exciting, and contacted the relevant professor, Stephen Ferguson. He was interested. But there was one problem: "He really wanted to do a video conference," Dudli recalls, who wasn't at all happy about the idea. "I hadn't cut my hair in months and my clothes were shabby." In the end, the video idea was dropped and, after a thirty-minute phone call, Dudli had the job. Probably also because Ferguson is a keen cyclist himself.

Today, eleven years later, the 38-year-old is setting up his own research group at the Department of Rheumatology at UniversityHospital Zurich and Balgrist University Hospital. He and his team are following a dual strategy: to achieve a better understanding of back pain while searching for a potent therapy at the same time. His research is a prime example of the bench to bedside concept, whereby basic research is translated into medications and treatments.

Dudli's stem cell therapy is also a business idea. To take the therapy to the next level he has been awarded funding from various sources, including a Med-Tech Entrepreneur Fellowship from the UZH to the tune of 150,000 Swiss francs. The fellowship is financed by the Werner Siemens Foundation via the UZH Foundation. However, the financial support is only one aspect of the fellowship, Dudli insists: "Just as important is the training offered by the UZH Innovation Hub. We learn what it takes to found a startup, and we get access to the biotech startup network and potential funders."

In total, Stefan Dudli has raised around 1.6 million Swiss francs so far: "My research is funded for the next two years." But the road leading to an approved product is still long, the biochemist points out: "I expect it to take about twelve years." The process could speed up, however, if he were to find potent backers: venture capital would help bridge the gap between basic research and the creation of a market-ready therapy.

If the opportunity arose, Dudli would found a startup company. He can imagine becoming an entrepreneur, an intention that is more widespread among young scientists today than it was ten or twenty years ago. Dudli was influenced in this respect by his three years as a postdoc at the University of California. "In the U.S., researchers are constantly thinking about how they can turn their basic research into a product of interest to industry."

This ties in with Dudli's desire to not only understand things, but to actually help patients: "Basic research is not an end in itself, but a means to an end." In other words, it should form the basis for new therapies. For now, however, he is focusing on an academic career: "My goal is an assistant professorship." That would give him the time and financial resources to push ahead with his research over a longer time span. Perhaps one day the opportunity to become an entrepreneur will present itself. What then? "Then I'll have to decide what I'm going to do," says Dudli. Whether scientist or entrepreneur: the future is open and looks highly promising.