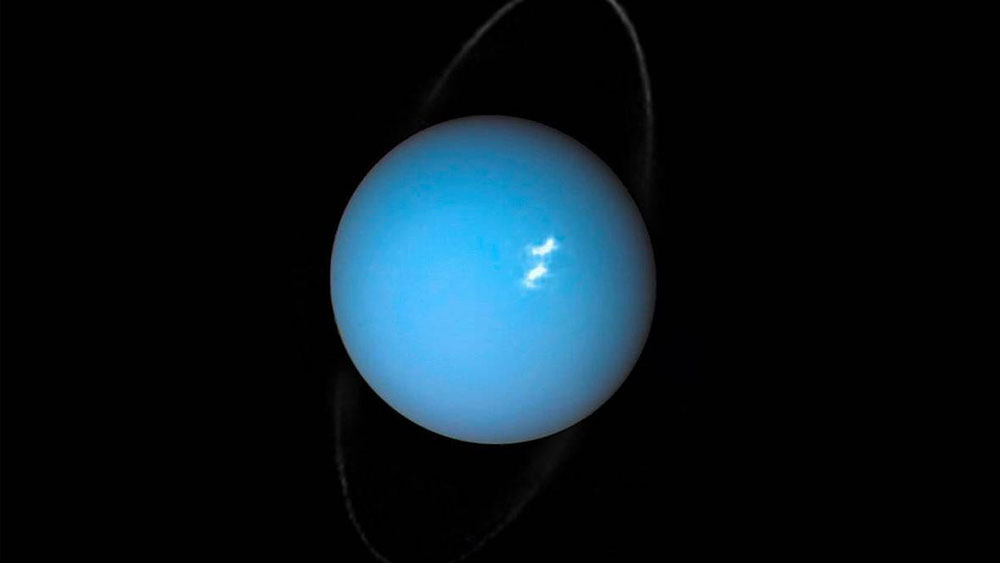 There is one planet in our solar system that does not follow the choreography of the others. While most planets rotate horizontally around their axis, Uranus is tilted on its side and rotates vertically. The same is true for the moons of this giant, ice-rich planet, who additionally display an unusual distribution of mass between them. The reasons behind these peculiarities have been an ongoing topic of debate in astronomy. In a new study published in the journal Icarus, researchers of the University of Zurich and the NCCR PlanetS propose a detailed answer. 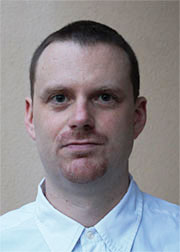 Christian Reinhardt is a postdoctoral researcher at UZH and a member of PlanetS. (Image: nathub)

A history of violence

Unlike the moons of other planets, like for example those of Jupiter, the five largest moons of Uranus increase in mass with distance from their host. The furthest moon being about 100 times as massive as the nearest. “This is quite counter intuitive,” as study co-author, UZH researcher and NCCR PlanetS member Christian Reinhardt explains. “Moons usually form from a disc-like accumulation of ice and rocks – a so-called circumplanetary disc – orbiting a planet. Over time, the material clumps together until it eventually forms moons. Similar to a spinning top, the mass of such a disc concentrates towards its center. Thus, you wouldn’t expect the moons that form closer to the center to turn out less massive than those further out,” Reinhardt says. 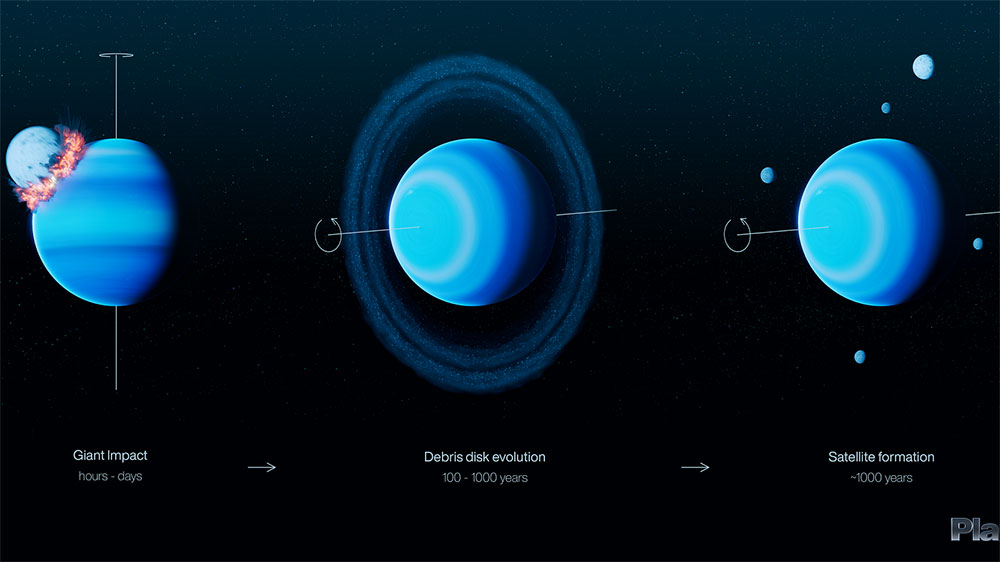 The origin of the mass distribution of Uranus’ moons has thus puzzled astronomers. One theory is that the impact of a large celestial body created vast amounts of debris that were left orbiting the planet in a disc, from which the moons eventually emerged. This impact theory is also supported by the fact that Uranus is tilted to the side, which is very difficult to explain without an impact in the planet’s history, as Reinhardt points out. 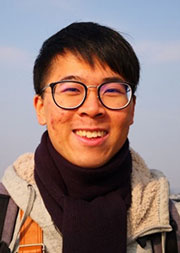 Computing power and in-house expertise
Yet what that impact might have looked like and how exactly this it led to the formation of moons with this particular mass distribution has been very difficult to pinpoint. A comprehensive answer could only come from telling the detailed story of Uranus and its moons over time, from the impact all the way to the present state. This is exactly what the team has done.

“With the help of the supercomputer Piz Daint at the Swiss Supercomputing Centre (CSCS) in Lugano and the interdisciplinary expertise of the UZH research team, we were able to model the evolution of Uranus and the debris following the impact and the formation of the moons in great detail.

The results point towards a grazing impact of an object about three times as massive as Earth. This tilted the planet and created a debris-disc around it, from which the moons formed,” study first-author, UZH researcher and NCCR PlanetS member Jason Woo says. From the simulations, the researchers learned that the peculiar mass distribution stems from differences in ice-evaporation over time. As Woo explains, “the colossal impact generated a lot of heat.” Therefore, the planet and everything in its proximity became very hot. Any ice debris from the planet quickly evaporated. “Further out, the temperatures did not increase as much and more of the ice remained frozen and continued to orbit the planet. Thus, ice was available there as material for the formation of the moons in addition to rocks. This allowed the moons to acquire their roughly half-rock-half-ice composition. With time, things cooled down and ice condensed again closer to the planet. But since there was more ice and therefore more material further out earlier on, the moons there had more time to accumulate material and therefore grew larger,” Woo elaborates.

“Uranus – and giant ice planets in general – are not yet well studied, although observations show that similar sized planets are quite common. Our results give us more confidence that Uranus did indeed get hit by a massive object late in its formation history and that this led to the formation of its largest moons. Our interdisciplinary approach proved successful in tackling difficult questions in planet or moon formation and may help us better understand some of the other planets out there in the cosmos,” Reinhardt concludes.