Changes to the UZH Employment Ordinance

Following a resolution made by the Government Council of the Canton of Zurich, various changes to the UZH Employment Ordinance took effect at the beginning of 2021. The most important changes involve the Personnel Commission, re-employment following retirement and employment via administrative law contract. 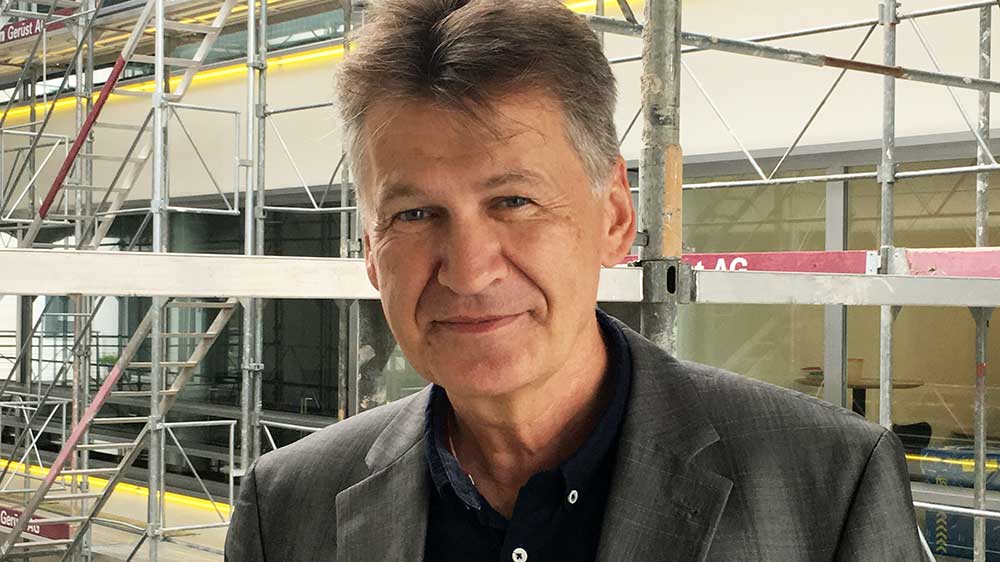 “The commission needs to be very sensitive” Martin Kleinmann, professor of work and organizational psychology, heads up the Personnel Commission at UZH.

Martin Kleinmann, why has the role of the Personnel Commission at UZH been reorganized?

Martin Kleinmann: One of the main jobs of the Personnel Commission used to be working out conflicts between staff. Something we eventually realized was that professional mediators handle this kind of work better and probably more to everyone's satisfaction. That's why in 2019, UZH introduced the independent Employee Assistance Office, where employees who find themselves in tricky situations at work can turn for advice. In this context, questions were already arising about the future direction of the Personnel Commission. A new remit for the commission was developed as part of the Institutionalization of HR Policies and Support project, which was initiated by the Executive Board of the University in 2018.

So what does the commission’s new role entail?

Its main mission is advising the Executive Board of the University on matters of personnel policy and strategy. For instance, we discussed the issue of re-employment after retirement. It’s those kind of issues where the commission gives its input. We can discuss ideas and suggestions internally with representatives from the Professorships Department and Human Resources. The commission doesn’t have the authority to make any decisions, but it can formulate suggestions and recommendations for the Executive Board, which is what we also did on this issue.

How does the Personnel Commission come up with its position on each issue?

We’re a compromise-making body. We illuminate issues from different perspectives, sort the arguments and then jointly look for solutions that can reconcile all the various interests involved. We do notrepresent employees. The representative bodies and representative body associations are responsible for providing a platform for co-determination at the University, and we do not want to compete on this point. Representative bodies can take their issues directly to the Executive Board. Alternatively, they can also take their issues to the Personnel Commission via their delegates.

What’s the benefit of representative bodies having their issues discussed on the Personnel Commission?

The commission tries to find consensus-based solutions to the issues brought up by certain groups. This raises the chances of the issue actually being addressed, at least in part.

Can individuals directly bring their issues to the Personnel Commission?

One of the functions of the Personnel Commission is inclusion. We help ensure that all groups are involved in the process of shaping and refining a shared workplace culture at UZH. The commission needs to be very sensitive to meet the needs of the University’s diverse staff. In this regard, we more than welcome when UZH employees bring their issues and suggestions to us via their representative body delegates.

Please keep in mind, however, that the commission does not deal with individual problems, only topics that are of general interest. For instance, if someone would like to get special approval for a stint abroad, we’re not the ones you should talk to. But if it were necessary, we could potentially have a look at the issue of UZH’s general conditions governing periods of work abroad.

How long has the Personnel Commission been working with its new remit?

The rules of procedure for the commission officially went into effect on 1 February 2021, after the Government Council of Zurich made the necessary amendments to the UZH Employment Ordinance. The draft for the new rules of procedure had already been given a positive review by the Executive Board of the University in 2019. Since then, we've been gradually focusing more and more on issues that bring us in line with the new regulations.

Who serves on the commission according to the new rules of procedure?

Who are the commission’s points of contact on the Executive Board of the University?

Our direct contact on the Executive Board is Stefan Schnyder, Vice President Finances and Human Resources. We have regular constructive conversations with him regarding the Personnel Commission’s work. Christian Schwarzenegger, Vice President Faculty Affairs and Scientific Information, and Gabriele Siegert, Vice President Education and Student Affairs, are our contacts for specific issues. As president of the Commission, I can also be invited to Executive Board meetings when personnel policy issues are on the agenda.

Can you give us an example of how the commission works?

In the 2019 employee survey, one result that stood out was the bad rating given to childcare options offered by UZH. The Personnel Commission looked into why this is and found out that people who use the daycare services are quite satisfied with them. The bad ratings could be interpreted as an indicator that many UZH employees find it difficult to balance their work and family responsibilities. This is of course reflected in the well-known leaky pipelinephenomenon, where a great deal of very talented women end up not pursuing academic careers for family reasons.

What is the Personnel Commission doing about this?

We agreed with Executive Board members that we would work together with the Office for Gender Equality and Diversity to put out a strategic paper with pragmatic proposals for improving work-family balance beyond the measures already in place. For instance we’re thinking about how to better support line managers in finding flexible solutions in concrete cases.

How do you deal with differences in opinion on the commission?

Differences of opinion are often the starting point of our work. After all, it’s the purpose of the commission to come to agreements on personnel policy issues that people will hold different views on. For instance, we’ve given a lot of thought to the extent to which UZH should promote work-family balance, or if this is even part of the remit of the University. We discuss these issues until a consensus is reached.

Right now many UZH employees are wondering whether they can continue voluntarily working from home, at least part of the time, once the pandemic is over. What is the Personnel Commission’s view?

Our discussions are confidential, which is essential for making sure that we can speak openly with each other. The Executive Board of the University has asked HR Director Karin Bertschinger to review whether any changes should be made to UZH’s existing rules on voluntary remote working. Members of the Personnel Commission are involved in the project along with representatives from various Central Services units. We are looking into proposals and current developments on the cantonal level, at other higher education institutions and in the private sector. The pandemic has offered us the opportunity to carefully and objectively reflect on whether it might be sensible to make certain changes to our current working models. This is a fully open-ended process. I’m interested to see what proposal the Executive Board will ultimately make.

As a professor of work and organizational psychology, you research teamwork, performance and employee satisfaction in organizations. This means you have a lot of expert knowledge to contribute to the UZH Personnel Commission. But does your work on the commission have any benefit for your work as a scholar?

Working on the commission is enjoyable for me personally, and it’s also interesting from an academic perspective to be involved in personnel policy at UZH. It’s fascinating to see up close how HR policy can get crafted at the University. UZH is a highly sophisticated organization, with many distinct features.

What kind of distinct features?

The staff makeup at UZH is very heterogeneous, like at all universities. The administration side operates completely differently than the academic side, which consists of a lot of different groups with very specific working and employment conditions. Junior researchers, for instance, are usually hired with the stated goal of temporary employment so that they can go on to gain more professional experience elsewhere. Another peculiarity of universities is that professors act as managers while having a lot of autonomy and not really being managed by others.

Is that positive or negative?

Autonomy is essential to academia. But it has attendant risks, particularly when it comes to management structures. To give an example, it can take a very long time for the next level of management to find out about conflicts and then be able to intervene.

How can you compensate for this disadvantage?

By focusing on leadership and promoting leadership skills. Professors are hired because of their excellence in research and teaching, but they also have to be able to manage a team, of course. Now there’s more attention being paid to leadership skills during the hiring process. There has also been a significant expansion of continuing education courses on leadership skills. Three years ago UZH drafted its Leadership and Management Principlesto develop a common understanding of what constitutes good leadership. It’s important to regularly draw attention to the issue of leadership at the University. Here the Personnel Commission also plays a role.

For many years, the Personnel Commission at UZH served as both an advisory body to the Executive Board of the University and as an assistance office for mediating employee conflicts. Changes to the UZH Employment Ordinance have separated these two responsibilities. In 2019, the University launched the Employee Assistance Office, and the Personnel Commission now focuses solely on advising the Executive Board on matters of personnel strategy and policy. The role of the commission is to create a coherent personnel policy at UZH that sufficiently reflects the various needs and realities of different groups of employees at the University.