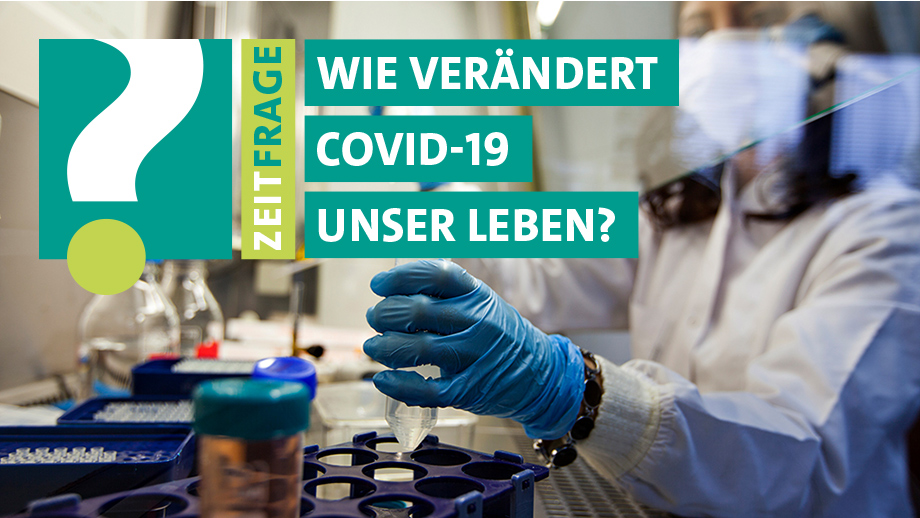 Virologists at UZH started developing a test to detect Sars-CoV-2 back in January. (Symbolic picture: istock/gevende)

While the UZH research laboratories on the Irchel Campus have currently shut down operations, the Institute of Medical Virology (IMV) is still very much open: “We’re in an exceptional situation – everyone’s working flat out,” says Alexandra Trkola, who heads up the institute. Operations have been steadily ramped up over the past two months, with experts brought in from other laboratories at UZH and ETH, and new staff recruited. At the beginning of last week, the institute moved to shifts, so it could operate 24/7. Meanwhile, all 77 IMV staff members plus an additional 41 externals are working in diagnostics and analyzing some 800 to 1,000 test samples every day.

This wouldn’t be possible without support from all sides. For example, the closed cafeteria adjoining the institute has laid on a minimum service to make sure the virologists don’t go hungry. “The support we’ve received from everyone has been terrific,” stresses Trkola, and specifically goes on to thank the University’s administrative services for their straightforward support and assistance in sorting out entry permits for service technicians from abroad and ordering equipment and reagents.  “I am fortunate enough never to have experienced war, but I imagine the logistical challenges in wartime are similar to what we are seeing now,” says Trkola.

Zurich and Geneva were the first

The war metaphor may sound somewhat exaggerated, but in the face of the current pandemic, the institute really is on the frontline in fighting the viral threat. “We need to establish who has been infected by the virus, and who hasn’t,” explains the virologist, who is renowned for her research into retroviruses, such as HIV. When the epidemic emerged in China in late 2019 and once genome sequences were available, the experts at the IMV set about developing their own test.
It is based on the detection of certain gene sequences of the virus, which are amplified millions of times through a chemical chain reaction (PCR).  This allows the novel coronavirus (Sars-CoV-2) to be identified in human throat swabs. This test has been available since 25 January. “At the time, we were the only ones in Switzerland who had a test along with the reference laboratory in Geneva,” says Trkola with more than a hint of pride. The institute is responsible for diagnostics in the canton of Zurich in collaboration with the cantonal physician, and is a key partner of the UniversityHospital Zurich and the other cantonal hospitals. 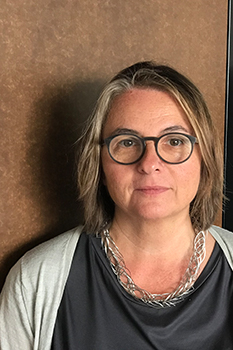 Alexandra Trkola: “At the end of January, we were the only ones – along with the reference laboratory in Geneva – who had a test.” (Picture used with permission)

Meanwhile, private laboratories and other institutes offer certain test capabilities for Sars-CoV-2. As the central test site, the IMV has expanded its testing capability and is bracing itself for the weeks ahead. “We’re expecting a sharp rise in test numbers,” says Trkola. She explains that the institute is prepared and that it procured the necessary equipment in good time. She adds that automation is also particularly important in increasing testing capacity.

However, global shortages of certain reagents are a cause for concern. “This situation requires a great deal of creativity,” explains the head of the institute as she praises her colleagues who have all done an outstanding job. Detecting a virus sounds simple, but the complexity is in the detail. The accuracy of the result not only depends on the test itself, but also on the quality of the sample, the time of infection, and individual factors in the person being tested. “We are noticing that the viral load – or amount of virus – in samples can vary widely,” says Trkola.

Negative tests can be wrong

She mentions the case of an infected person who had to be tested three times before they got a positive result, despite presenting clear symptoms. The first two tests came back negative. Correctly assessing such cases and deploying diagnostics in the right way requires experience, expertise and collaboration with colleagues from the medical profession. “We work closely with experts at the UniversityHospital and other clinics, and that is one of our strengths,” says Trkola. In order to remain at the cutting edge of diagnostics, maintaining close links to research – which is conducted at a university institute such as the IMV – is absolutely essential. This ensures that the latest research findings in the genetics and biology of the virus are rapidly incorporated in diagnostics.

As a virologist, she views the current situation with a mix of fascination and frustration. Fascination because the coronavirus pandemic is a bit like a huge field trial which allows researchers to study how new microbes develop and become prevalent. “There are countless genetic and medical questions I’d like to study,” says Trkola. But the testing workload means there’s no time for any of that. “We weren’t even able to submit our own research project in response to the Swiss National Science Foundation’s special call on coronaviruses,” she says. The work on testing and the sharp increase in demand in the coming weeks won’t leave any time for (new) research projects.

A blood test is available

Finding out who is and isn’t acutely infected is not the only key factor, however. In order to manage the pandemic and ensure appropriate measures to tackle it, we also urgently need figures on people who have been infected and not presented symptoms. To analyze this herd immunity, we need a test that can detect antibodies against the virus in blood serum.

Experts at the institute have also developed such an antibody test, which can detect antibodies against the virus’s spike proteins and nuclear proteins that an infected person generates. “The test is already available and will be used in the clinic for the first time from Monday,” explains Trkola. In a subsequent phase of the pandemic, once the first wave has peaked, we’ll be able to use tests like this to decide when is the right time to ease the restrictions put in place by the federal government.

In terms of how the pandemic will develop, Alexandra Trkola declines to make a prediction. At best, she believes that widespread herd immunity will develop relatively quickly, which could significantly slow the spread of the virus. One thing she is certain about, however, is that this crisis has raised the profile of her discipline and underscored the importance of maintaining strong links between research and diagnostics. “We have the expertise to respond early on to new or mutated viruses,” she says. If you don’t conduct your own research in this situation, you have to wait for commercial tests to be available. The virologist believes that the full dedication of the IMV will not only bolster the institute itself, but also Zurich as a science and research hub with its two universities and the university hospitals.